Report: “The Passenger,” a Holocaust-inspired opera by Mieczysław Weinberg, will be presented at the Lyric Opera of Chicago in 2015 in the midst of a major renaissance of the composer’s music.

Mieczysław Weinberg, perhaps the best Soviet composer you never heard of, was the “other story” at the Lyric Opera of Chicago press conference Jan. 17, when a new Wagner “Ring” Cycle was the very big news of the day.

While it’s unreasonable to expect that an obscure mid-20th-century Soviet composer is ever going to upstage Richard Wagner, it’s worth knowing that in professional music circles there is excitement about this astonishingly prolific friend and colleague of Shostakovich, once a member of Russia’s artistic elite in his own right, yet who died in 1996 with a legacy of important work unknown.

Weinberg’s recently revived opera, “The Passenger,” will arrive at the Chicago Lyric in early 2015, in a production by the same crew that’s doing the Ring. The team is headed by David Pountney, a prominent British director whose theatrical projects in collaboration with Lyric Opera general director Anthony Freud extend back through several decades and with various opera companies in the U.S. and Great Britain.

“The Passenger” is Holocaust-inspired, written in 1967-1968, nearly 30 years after the Polish-born, Jewish Weinberg, fresh out of Warsaw Conservatory, fled to Russia ahead of the advancing German army. His sister and parents, who stayed behind, would perish. Weinberg’s opera tells the story of a German woman on an ocean-liner bound for Brazil, the war behind her. But a mysterious fellow passenger looks exactly like a prisoner whose death she’s sure she caused, and much of the rest is told in an Auschwitz flashback.

At the press conference, Freud acknowledged that “as a son of a Holocaust survivor, I am instinctively suspicious of works of art that were (quote-unquote) inspired by the Holocaust.” (Freud’s mother was imprisoned at Auschwitz.) But when Freud saw “The Passenger,” he said, he found it to be “an enormously complex and mature exploration” of the issues, as opposed to polemic or sentimentalized pastiche. The characters depicted in the opera include Russians as well as Poles and Germans, and the Lyric cast will be singing in Polish, Russian, Yiddish, German, French and English — with surtitles.

Weinberg’s popularity continues to rise on several fronts:  “The Passenger” is currently enjoying its U.S. premiere at the Houston Grand Opera, to be reprised at New York’s  Lincoln Center Festival this summer. The Pacifica Quartet, in residence at the University of Chicago, recently recorded one of Weinberg’s 17 string quartets, and the Kremerata Baltica chamber orchestra is bringing more Weinberg to the Harris Theatre of Music and Dance on Feb. 7, in the midst of a U.S. tour that coincides with the release of an all-Weinberg double CD. 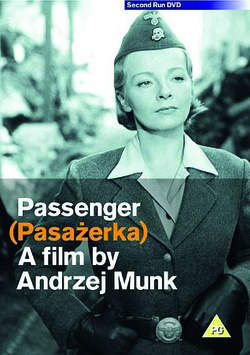 “The Passenger” is based on a 1962 novel by Zofia Posmysz, a Polish Catholic who was sent to Auschwitz on suspicion of anti-Nazi sentiment and assigned to an SS overseer for whom she worked as a clerk, thus somewhat protected from the worst atrocities.

Posmysz went on to become a writer and told NPR the idea for “The Passenger” was inspired by a chance post-war experience in 1959 Paris. She was startled when she overheard a high-pitched voice that sounded just like her overseer. It wasn’t.

Although no confrontation took place, the alarming episode got Posmysz to wondering what she might have done or said had the opportunity presented itself — and a new novel was born, as well as a subsequent film by Andrzej Munk. Freud said he sees Weinberg’s opera as a work that shines a light on both the victims and their abusers, in whom the past is still alive.

A full DVD of “The Passenger” is available, featuring the Bregenz Festival sets and costumes that will come to the Lyric. There are also a number of Weinberg clips on YouTube, including this English-language preview from a recent revival of “The Passenger” at the English National Opera:

A more extensive backgrounder, below, stems from Austrian television at the time of the 2010 Bregenz Festival, where Pountney’s team first produced “The Passenger.” The television program is in German, but the many photos and music clips are fascinating and self-explanatory even for those who do not know the language. The composer can be seen in the company of Shostakovich, the cellist Mstislav Rostropovich and his wife, the dramatic soprano Galina Vishnevskaya, among others in the highest ranks of Russia’s musical aristocracy, and the clips from this reel include a few seconds from a popular Russian animated Winnie the Pooh film as an acknowledgement of the dozens of film soundtracks which helped Weinberg to pay his bills:

Weinberg wrote “The Passenger” for the Bolshoi Opera, which had slated it for performance in 1968, but the opera was suppressed in a Brezhnev-era clamping down on cultural freedom that caused many works by Jewish artists to be accused of contamination by Western influence. Weinberg had in fact endured repeated periods of repression and censorship. His wife was the daughter of Solomon (Schloyme) Mikhoels, the artistic director of the Moscow State Jewish Theater, where Marc Chagall also worked as stage designer.  Mikhoels was murdered in 1948 by the Stalin regime, although he was given an official proclamation and state funeral (see this video) in the cover-up, and the harrassment of artists increased. Weinberg himself was arrested in January 1953 and Shostakovich’s wife was given power-of-attorney for Weinberg’s seven-year-old daughter on the expectation that Weinberg’s wife would also be incarcerated. But Stalin died in March 1953 and Weinberg was released.

He remained in the Soviet Union until his death in 1996, relentlessly composing. His enormous oeuvre comprises — in part — 26 symphonies, 17 string quartets, 28 instrumental sonatas, seven concertos including one for Rostropovich, more than 150 songs (many to texts of Jewish poets), a Requiem and seven operas in addition to operettas, ballets, circus music and 65 film scores.

Tickets to Lyric Opera subscriptions for 2014-15 will be available beginning Jan. 27. For details, go to LyricOpera.org.