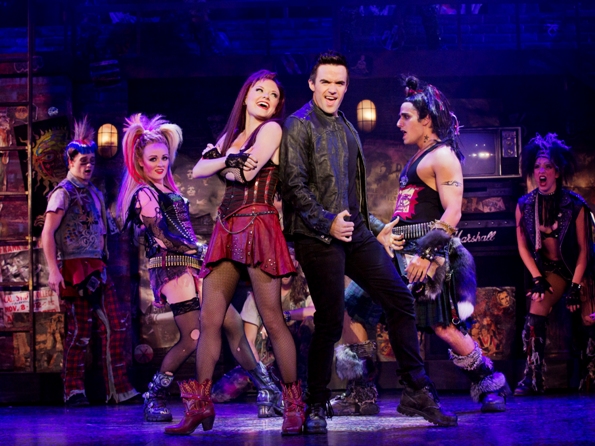 Preview: With a possible New York run in view, the high-powered touring show filled with Queen hits opens Oct. 22 at the Cadillac Palace Theatre, presented by Broadway in Chicago.

Music is not a universal language. On the contrary, it’s governed by cultural boundaries and market realities. Specifically, music is divided by the Atlantic Ocean. Just ask the British rock band Queen.

To the British, Queen is a lifelong friend. To most Americans, it’s a band from the 1970’s that put out a few good songs back in the day. It remains to be seen how this differing perception will affect “We Will Rock You,” the musical featuring Queen’s songs that runs Oct. 22-27 at the Cadillac Palace Theatre under the aegis of Broadway in Chicago.

Currently on a North American tour, the show is rumored to be trying to gain enough steam to power it into a Broadway theater in New York. 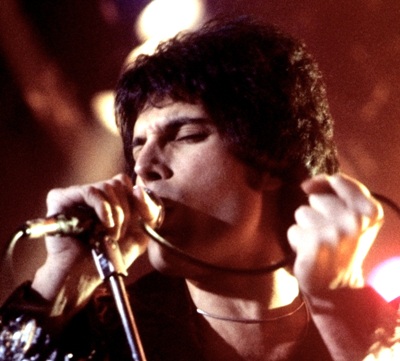 Queen’s lead singer Freddie Mercury died of AIDS in 1991. Yet, when Ben Elton and original band members Brian May and Roger Taylor created “We Will Rock You” 20 years later, Britain still burned with Queen Fever. In 2002 May was even invited to play a solo guitar version of his famed multi-track arrangement of “God Save the Queen” from the roof of Buckingham Palace. May and Taylor reformed the band for a limited-engagement tour in 2005-6, using Paul Rodgers (Bad Company and The Firm) in Mercury’s place and Danny Miranda (Blue Oyster Cult) replacing retired bassist John Deacon. Queen never faded from the British limelight. No wonder “We Will Rock You” was an immediate smash at the West End’s Dominion Theatre, and is still playing there 11 years later.

Still, that record does not necessarily translate across the Pond. The American pop music machine is touchy and prone to spitting out foreign materials. While the Beatles, the Rolling Stones, the Who and Elton John are woven permanently into the fabric of American culture, they are notable exceptions. In America, Queen enjoyed only a fraction of the success that brought the band immortal status in Britain.

This is not to say that all the songs in “We Will Rock You” are unknown to Americans. “Another One Bites the Dust” and “Crazy Little Thing Called Love,” the only two Queen songs to hit number one in the U.S., are used in the score. “Killer Queen” still gets respectable play on American oldies stations. The drum riff from the song “We Will Rock You” is an integral part of game-day experience at any Major League Baseball stadium.

And then there’s “Bohemian Rhapsody,” Freddie Mercury’s undisputed masterwork, the six-minute single that defies description but defines Queen. When it was first released on the band’s fourth album in 1975, it was number one for an astonishing nine weeks in Britain, cementing Queen’s status as rock royalty. Even in America it climbed to number nine, and later got a second life at the number two spot when it was used in the soundtrack of the “Wayne’s World” in 1992.

When it opened on London’s West End, “We Will Rock You” was truthfully said to feature the “hit songs” of Queen. That label, however, is not entirely accurate according to American music charts. While Queen had more than 20 top-ten singles in the U.K., only five reached those heights on the American charts. Whatever glory Queen did earn on U.S. charts dwindled in the early 1980’s. Thereafter, the original band never again included America in its world tour schedule. “We Will Rock You” features songs like “I Want to Break Free” and “One Vision,” U.K. hits that barely rippled the American consciousness.

When one considers the historical success of jukebox musicals, American music reigns. The standard to hold up is “Movin’ Out,” the 2002 Broadway show hanging a Vietnam-era story onto a playlist of songs by Billy Joel. “Movin’ Out” ran for 1,303 performances on Broadway. The current “Rock of Ages,” featuring music of 1980’s Los Angeles bands, proved to be so lucrative that it was made into a movie last year.

Not every jukebox musical using American music succeeds. Twyla Tharp’s “The Times They Are A-Changin’,” appropriating songs by Bob Dylan, was an infamous flop in 2006. Still, the only British music to crack Broadway’s jukebox code so far is that of the Beatles (“Beatlemania” in the late 1970’s, for example, and the more recent “Rain”). Queen and the Beatles are not culturally — or, therefore, economically — equivalent in America.

As “We Will Rock You” makes its way around the States, producers judging its Broadway potential are surely scrutinizing how American audiences respond to “Bohemian Rhapsody” after all these years. But it might be just as important to see whether anyone knows the chorus of “I Want to Break Free.” 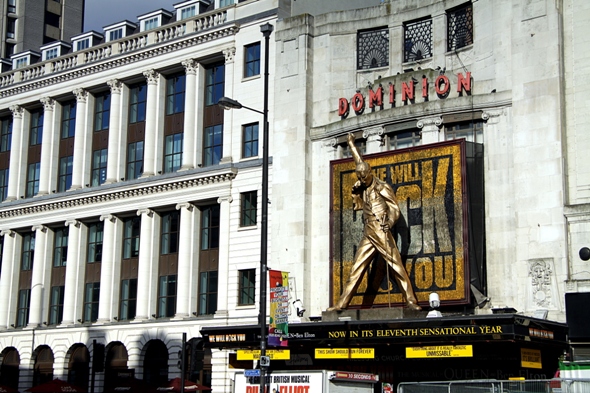