Chicago Opera Theater jumps into the Verdi bicentennial observance this weekend with its season opener, a relatively rare staging of the composer’s early “Giovanna d’Arco.”

Dispensing with historical accuracy in favor of romanticized drama, as glimpsed through the prism of a play by Friedrich Schiller, Verdi’s take on the visionary and valorous Joan of Arc has survived in modern times largely through concert performances. 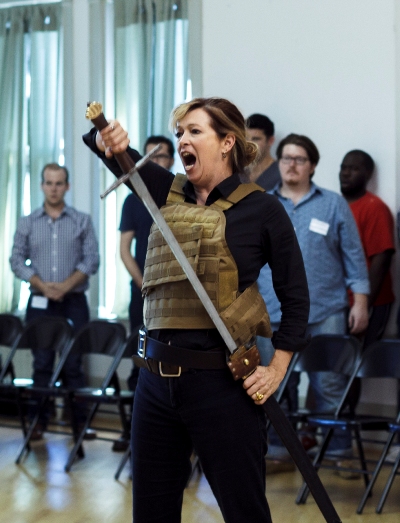 The stage has not generously embraced this odd riff on Joan of Arc’s life – and death. There is no final auto-da-fé for the Maid of Orléans. After Joan (soprano Suzan Hanson in this production) has spurned an offer of marriage from the King of France and is nearly burned at the stake, she plunges back to the battlefield and perishes in combat.

“The really curious thing about the Joan of Arc story is that it’s true,” says stage director David Schweizer. “It’s one of history’s most extraordinary, mind-bending true stories. And the audience knows that, which creates problems in presenting Verdi’s romantically altered version on stage.

“But the work is filled with rapturous music, really passionate stuff for Joan and the King of France. Joan’s solo arias are precursors of what an extraordinary musical dramatist Verdi would become. In an opera that can build to overwrought bombast, suddenly you get this music of such directness and simplicity.”

For “Giovanna d’Arco,” his seventh opera, Verdi once again collaborated with the librettist Temistocle Solera, who already had provided the texts for “Nabucco” and “I Lombardi alla prima crociata.” Taking at least a page from Schiller, Solera compounded the celestial voices in Joan’s head with the earthly wooing by the French King Charles VII (tenor Steven Harrison), which leaves the warrior lass struggling against temptations of the flesh. 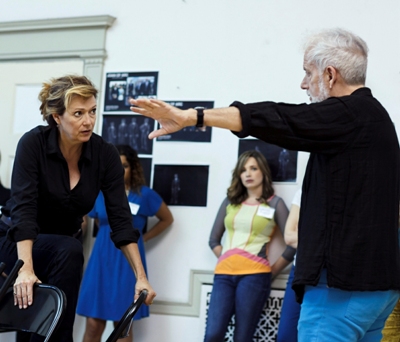 Meanwhile, her father Giacomo (baritone Michael Chioldi) misconstrues Joan’s spiritual transports as communion with the devil and publicly denounces her. She is indeed convicted of heresy and bound to a stake – only to be freed by her father, now conscious of his error. Taking up her sword, Joan goes once more into battle, where she is mortally wounded, yet revives briefly in the presence and shared grief of father and king.

“This is a wonderful opportunity to look at a rare work,” says Schweizer, whose international career of more than 30 years as stage director has embraced straight drama as well as opera, in centers from New York to Warsaw. “I think you can learn a great deal from the flawed work of a great artist, but you must come up with some kind of vision as interpreter that helps the piece to become theatrically effective.”

Schweizer’s spin is to set the opera on what he says will look like a stage on the wrong night – no set at all, so to speak. 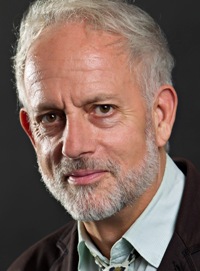 “Bearing in mind that the audience is probably witnessing this opera for the first time, you want to shape a production that helps this rather odd story to have an immediate high-stakes impact,” says Schweizer, who’s also having his first go at it.

“It’s not happening in the 1400s. Verdi’s opera is really about religious fanaticism and its conflict with sexuality. Are we allowed to love? Can love be a holy thing? I tried to imagine a group of people, in the present day, for whom these stakes would be really high – a fundamentalist Christian sect devoted to the letter of Biblical law, to absolute sexual purity, who decide to perform Verdi’s ‘Giovanna d’Arco.’”

Thus, says Schweizer, the opera becomes a parable, capped by what he calls “a somewhat disturbing image” at the end.

“Obsessive, blind religiosity, as opposed to faith, remains a huge issue in our world today,” he says. “Over the centuries, it has caused so much damage – religious martyrdom and militancy, wars being fought. It’s a disturbing current that runs through this work.”