Twice in the last two seasons the young Romanian-born conductor Cristian Macelaru has stepped into the same big shoes, replacing an indisposed Pierre Boulez on the podium of the Chicago Symphony Orchestra. After the second look, on March 7, one can only join the applauding CSO musicians in saluting Macelaru as a star in the making. 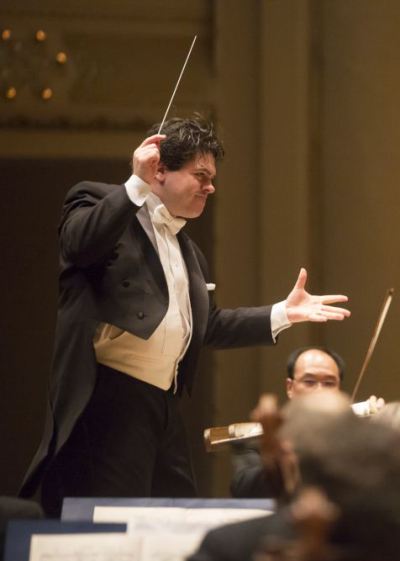 But there’s nothing small-scaled about Cristian Macelaru’s second visit to Orchestra Hall, which continues with concerts March 9 and 12. The bill of fare frames two complex works by Bartók – the Second Piano Concerto and the Divertimento for Strings – with Debussy’s “Prelude to the Afternoon of a Faun” and Stravinsky’s symphonic poem “The Song of the Nightingale.” End to end, the 32-year-old Macelaru, associate conductor of the Philadelphia Orchestra, displayed the confidence, authority and insight of a maestro who knows his craft and has something to say.

A concert-opening turn through “Afternoon of a Faun” shimmered in Macelaru’s mature – indeed rare – insistence on a truly soft sound. The CSO is capable of taking it down near the threshold of hearing, and such was the misty luminosity achieved by strings and woodwinds around the languorous flute solos of Mathieu Dufour.

At evening’s far end, Macelaru offered a bristling, Technicolor account of “Song of the Nightingale,” originally a three-act opera from which Stravinsky reworked music from the last two acts to create a tone poem on the classic tale of the emperor who preferred the singing of a mechanical nightingale to the real thing. 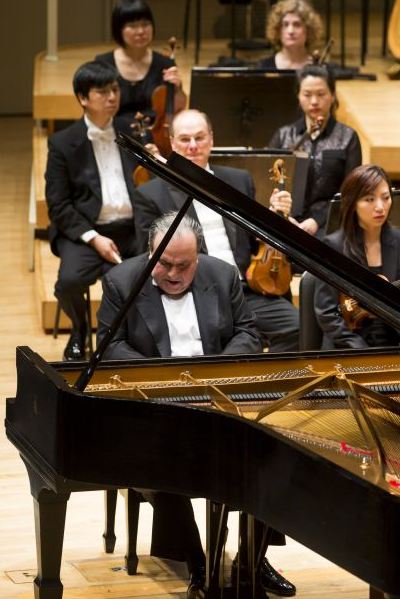 The work’s combination of brilliant, highly original orchestration, bracing harmonies and jagged rhythms bespeaks its genesis in the wake of Stravinsky’s epochal triptych of ballets “The Firebird,” “Petrouchka” and “The Rite of Spring.” At the close of Macelaru’s meticulously shaped “Nightingale,” in which every difficulty was subsumed within a general canvas of expressive possibilities, the CSO musicians joined the audience in overt applause for the conductor.

Bartók ’s Piano Concerto No. 2 brought Yefim Bronfman into the solo spotlight in a work that first and last requires equal parts of virtuosity and sheer physical strength, for indeed first and last Bartók sets the often brusque piano writing in pitched combat with a phalanx of brasses. Even in the nocturne-like slow movement, the strings are reduced to little more than spot service.

Bronfman, a bearish figure with unstoppable technique and a velvet touch, imbued Bartók ’s timelessly wild music with elemental power. In this remarkable concerto for piano against orchestra, Macelaru managed the tricky rhythms and kept the sonic ferocity under control no less adroitly than the pianist. 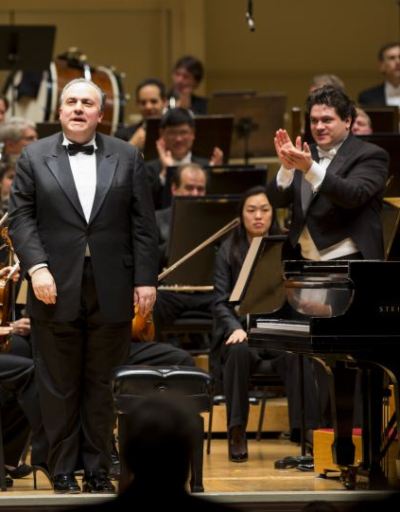 As if to remind his listeners that he really can play with as much delicacy as force, Bronfman hastily consented to an encore – a scintillating scamper across the moto perpetuo length of Chopin’s Etude in F major, Op. 10, No. 8.

The CSO strings, nearly idled by the Bartók  piano concerto, made bravura work of their compensation in the Divertimento. For all its folkloric motifs and dance gestures, this is one deceptively brutal piece, making relentless demands on individual technique as well as ensemble finesse, to say nothing of the conductor’s ability to contour the work’s dynamic swoops and stops and starts into whole musical cloth.

There is no making it seem easy, but Macelaru and company made it a great ride, and – in contrast to the bruising piano concerto – wonderfully elegant.

It’s surely time for this substitute conductor to have a CSO date of his own. 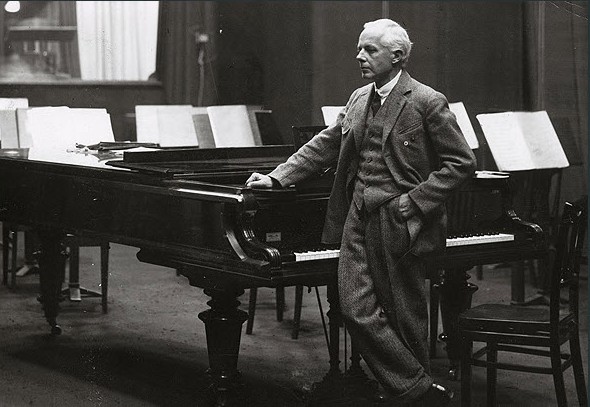