Pressed to find a conductor for concerts in Taiwan on Jan. 25 and 26 that will open its Asia tour, the Chicago Symphony Orchestra late Saturday announced both a maestro and a double bonus for audiences in Taipei. Joining Finnish conductor Osmo Vänskä in solo appearances will be the celebrated violin virtuoso Maxim Vengerov and CSO concertmaster Robert Chen, a native of Taiwan.

Vengerov, a charismatic Russian star who ended a long hiatus from performing only in the past year, will play Tchaikovsky’s Violin Concerto in D major on Jan. 26. Vänskä also will conduct Verdi’s overture to his opera “I vespri siciliani” and Beethoven’s Symphony No. 3 in E-flat major (“Eroica”).

The 38-year-old Vengerov’s career was interrupted in 2007 after he suffered a shoulder injury and complained of psychological burnout. His long-awaited return to the London stage last April in a recital at Wigmore Hall drew enthusiastic response.

In December, Vengerov played the Tchaikovsky Concerto with the London Symphony Orchestra.

Vänskä,  music director of the Minnesota Orchestra, has conducted the CSO several times since his debut at Orchestra Hall in 2000. He most recently led the CSO in an all-Brahms program last October, substituting for an indisposed Bernard Haitink.

The Jan. 25 concert will spotlight Chen in Mendelssohn’s Violin Concerto in E minor on a program in which Vänskä also will conduct Mozart’s Symphony No. 41 in C major (“Jupiter”) and Brahms’ Symphony No. 2 in D major. 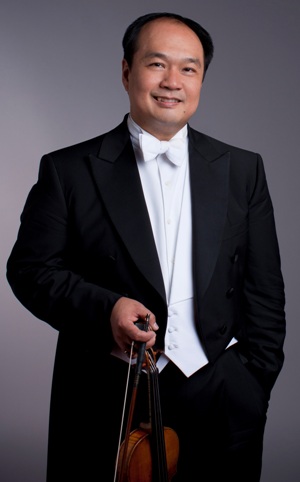 Chen was appointed CSO concertmaster in 1999, making his solo debut with the orchestra in subscription concerts the next year. He has since stepped out front often, most recently to perform the Barber Violin Concerto with conductor Vasily Petrenko in December 2012.

CSO music director Riccardo Muti withdrew from the tour earlier in the week due to surgery scheduled to repair an abdominal hernia.

Remaining concerts on the tour, which continues in China and South Korea, will be led by Lorin Maazel, former music director of the New York Philharmonic.