When Beethoven speaks, a struggling pianist listens and everybody learns about the Titan

Preview: Pianist Bruce Adolphe will bring his educational theater piece “Leave It to Ludwig” to Chicago Shakespeare Theater on Jan. 19-20.

What if Beethoven could speak? Suppose that titanic composer just popped into the room where a young pianist was wrestling with a sonata and offered, on the spot, the ultimate master class.

You might have something very like pianist-composer-Beethoven impersonator Bruce Adolphe’s “Leave It to Ludwig” – an entertaining stage show aimed squarely at youngsters but authentic and serious enough, even when it’s very funny, to illuminate the subject of Beethoven for adults as well. 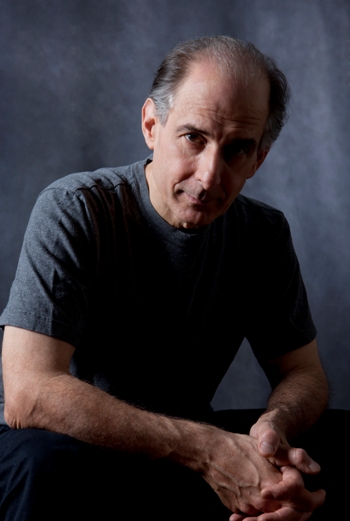 The gist of “Leave It to Ludwig” is that a young pianist (portrayed by Giles) is grappling with a Beethoven sonata, frustrated because he just can’t coax the notes on the page into something dramatic and exciting. Then – poof! – the big guy himself appears out of nowhere (practically) to offer some friendly pointers.

“Beethoven explains how to play the opening of the sonata,” says Adolphe, who’s both author of this theater piece and the musical genius in the wig, “but he also makes the important point that you can’t really get the best from this piece if it’s the only piece of his that you know.”

So the composer turns the young musician’s attention to four players from the Chicago Chamber Musicians, who – with Beethoven’s colorful commentary – take us all on a tour of the master’s work through whole movements from early, middle and late string quartets. 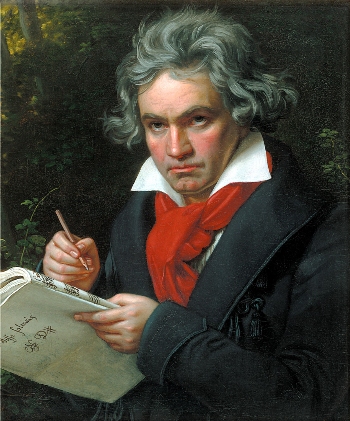 “It’s a theatrical way to present some of Beethoven’s most powerful music,” says Adolphe. “Here’s Beethoven himself explaining the music as an expression of his life and his times. My real objective is to give some insight into the creative process in music. Beethoven takes phrases apart and puts them back together as he relates them to his life.”

As the young pianist asks Beethoven questions about his life, comedy peppers the composer’s reflections on what inspired him and what was important to him musically. In the end, the pianist is able to deliver not just the notes but the soul of the Sonata in C minor, Op. 10, No. 1. And everyone will have made the grand journey with Beethoven through his string quartets from the playfulness of Op. 18, No. 1 to the personal struggle of Op. 95 to the brilliant humor that inhabits the scherzo of Op. 135.

“It’s a great introduction to Beethoven for anyone, and definitely not a kiddie show,” says Adolphe, who first presented “Leave It to Ludwig” in New York two years ago. “It’s a natural for families with kids 6 to 12 years old. The experience requires an attention span. Teenagers don’t want to come with their parents, of course. Teenagers should come by themselves – in a pack.”

Photo captions and credits: Home page and top: “Leave It to Ludwig” will cast light on Beethoven’s life and music. Descending: Bruce Adolphe, who wrote the script and portrays Beethoven. (Photo by Barbara Luisi) Portrait of composer Ludwig van Beethoven by Joseph Karl Steiler in the Beethoven-Haus, Bonn, Germany.
Tweet