The birth centenary of any great contributor to human affairs gives us pause. But the Oct. 21 concert by the World Orchestra for Peace at Orchestra Hall, honoring the 100th anniversary of Sir Georg Solti’s birth, has personal relevance for me. 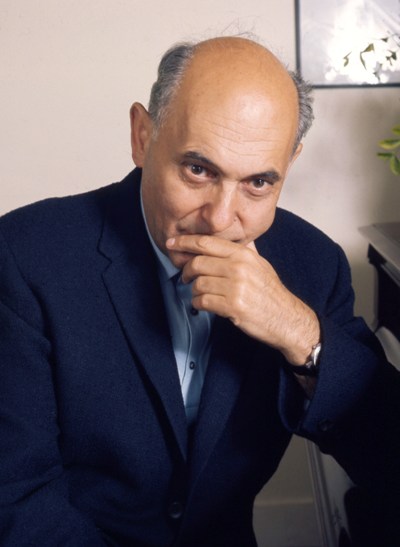 At the same time Solti commenced his musical directorship of the Chicago Symphony Orchestra, in September 1969, I began my professional career as a music critic, at The Milwaukee Sentinel. There’s more to that connection than mere coincidence.

In those days, the CSO had a long tradition of giving ten concerts each season in Milwaukee. I got to know the Solti-CSO sound very well. I already had a deeply ingrained sense of the orchestra. Growing up in Indiana, I had absorbed a goodly swath of the symphonic repertoire through the CSO’s recordings under Fritz Reiner.

And though the Chicago Symphony would end its Milwaukee connection within a few years, my Solti-CSO connection continued as I reviewed most of the Solti recordings – with Chicago and other orchestras – that streamed from Decca over the next two decades.

While Solti was a conductor of great range and sympathy, I came to associate him especially with Mahler. In selecting the dozen discs listed below as a Solti CD sampler,  I included only one composer with two entries — Mahler. Solti and Chicago, the penetrating conductor and the virtuoso orchestra, lit the way to the composer’s innermost place.

When I think of Solti on the podium, I picture a crisp conducting technique that could seem almost herky-jerky. But I can also still hear the unfailing fluency, the effortlessly lyrical phrases that flowed from his musicians.

One of my first tasks as newly installed critic at The Sentinel was to interview the CSO’s formidable new music director, in person, minutes before his Milwaukee debut in his new post. He had a fearsome reputation, but I found him to be quite amenable as we sat in his dressing room. I recall only two specific moments from that interview. 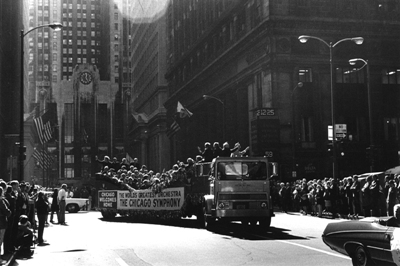 When I asked him about his interest in new music, he smiled and began: “I’m 57 years old…,” as if to excuse himself from all such accountability. His actual track record would prove somewhat otherwise.

The other memorable moment came at the end of that interview. Again I can quote him verbatim: “You have two more minutes. Now ask me the question you really wanted to ask.”

I have no idea what question I might have been withholding. I only recall that I was amused, struck by the dry humor of this intensely intelligent man whose music-making I would come to love. Solti served as the CSO’s music director for 22 years, until 1991. He died in 1997.

The World Orchestra for Peace, which Solti founded in 1995, performs as an ad hoc ensemble drawing its musicians from orchestras large and small throughout the world. Its regular conductor, Valery Gergiev, will lead the Oct. 21 program at Orchestra Hall with guest artists including soprano Angela Gheorghiu and bass René Pape. Lady Valerie Solti, the conductor’s widow, will serve as hostess.

Featured on the program will be Bartok’s Concerto for Orchestra, Strauss’ “Don Juan,” the Adagietto from Mahler’s Fifth Symphony and music of Mozart and Verdi.

Here’s my sampler of Solti on CD. All recordings are with the Chicago Symphony Orchestra unless otherwise noted. The list is chronological, with recording dates.