Cultural twins, tied to Chicago and Poland, set to make their mark in the orchestra world

Report: Chicago plays its role in grooming the next generation of orchestra executives. So, coincidentally, does Poland. 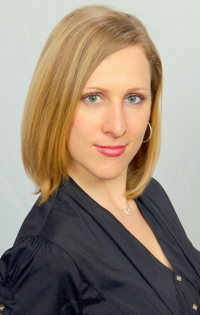 You’re excused if you do a double take over this announcement concerning two rising young talents in the orchestra administration world, because they both have the first names of Agnieszka, they are both Polish born Americans, they’re both violinists who want to run an orchestra someday, and they both have ties to Chicago.

Agnieszka Rakhmatullaev and Agnieszka Laskus — this year’s winners of year-long training fellowships in orchestra management  funded by the League of American Orchestras — will spend time together at the Aspen Music Festival this summer, followed by mentoring for a full season from executives of large and mid-size orchestras, to get a sense of how the business works at all levels.

Agnieszka Rakhmatullaev (left) is known to many Chicagoans already. She is the artistic operations manager at the Grant Park Music Festival, and she was the mastermind and project manager of a concert last summer that bought together the Polish composer Krzysztof Penderecki, a titan of the ‘70s avant-garde, with Chicago’s large Polish community to support a performance of his Concerto Grosso No. 1 for 3 Cellos and Orchestra with  three solo cellists of promise from the U.S., Russia and Israel.

Rakhmatullaev has been with the festival since 2008 and considers the experience to be valuable in part because “there are only eight people on the staff, so we all do a lot of everything and have access to all the departments.” Although she worked on putting the 2012 Grant Park music season together, she won’t be able to hear it. “Not even opening night,” she said.  She’s due in Aspen June 11.  After that, she’s off to a long stint with the San Francisco Symphony Orchestra, and then she rounds off her leave with the North Carolina Symphony, a highly-respected mid-size orchestra with a notable state-supported funding model that she says she is interested in studying. 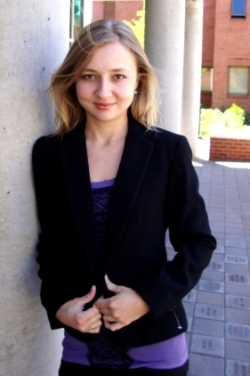 Meanwhile, Agnieszka Laskus (right) who goes by the nickname Eska, will be heading for the Chicago Symphony Orchestra, where she will receive mentoring from president Deborah Rutter for the bulk of the 2012-13 season, rounding off her training with the Pacific Symphony in California’s Orange County. The Pacific Symphony is the largest orchestra formed in the U.S. in the last 40 years, and it’s known for progressive programming: the orchestra has just completed a new music festival that showcased Persian classical musicians and a new work, “Toward a Season of Peace,” based on ecumenical texts by Richard Danielpour.

Laskus is currently the admissions and recruitment director for the University of Oregon School of Music and Dance, and she has also worked with the Arizona Commission on the Arts and the Polish Music Council. Even though she is also a professional violinist, she says, “I know that it will be like learning a new language, seeing the orchestra through a different lens, as a manager not as a musician.” Everything from nuts and bolts of symphony operations to “the challenges of working for such a complex organization” will be new to her, she says.

She also knows the local Polish community beckons: “The only Polish restaurant I’ve been to in Chicago was Old Warsaw and it was incredible! All you can eat Polish food buffet. I was in heaven.”