Complete Beethoven and Tchaikovsky symphonies are among the many major works in recordings from the 1970s and ‘80s  by the CSO’s music director, with the Philadelphia and Philharmonia Orchestras. 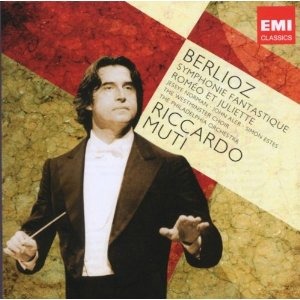 Conductor Riccardo Muti’s distinctive gifts are richly certified in recordings. Three decades ago – before he commenced his long and often controversial directorship at La Scala Opera in Milan — Muti stood at the threshold of a 12-year tenure as music director of the Philadelphia Orchestra.

There, he succeeded the institutional figure of Eugene Ormandy, he of the vaunted Philadelphia sound. But Muti soon enough transmuted the Philadelphians into his own instrument, one that bore the imprimatur of an Italianate sensibility distinguished by a singing line and elegant instrumental (one might say vocal) balances.

In the dozen years that followed, the Muti-led Philadelphia Orchestra made a plethora of recordings that only added to the stature he’d gained as a young conductor of importance with London’s Philharmonia Orchestra immediately beforehand. EMI Classics has newly reissued many of Muti’s recordings with both orchestras, a series that ranges collectively from the complete symphonies of Beethoven, Schumann and Tchaikovsky to music of Berlioz, Mendelssohn and Prokofiev, among others. I’ve spent many rewarding hours with these rebundled recordings, all of which I first encountered and reviewed in their original releases.

Here are six of the EMI reissues that embrace the core orchestral repertoire and are well worth owning, living with and getting to know intimately.

Beethoven: The Nine Symphonies, “Leonore” Overture No. 3, “Fidelio” Overture, “Consecration of the House” Overture (all with the Philadelphia Orchestra), Piano Concerto No. 3 in C minor with the Philharmonia Orchestra and pianist Sviatoslav Richter. Six CDs. What I find most striking about Muti’s Beethoven is how uniformly unforced it is. Not undramatic, but wonderfully free of histrionics. Thanks to Muti’s carefully gauged tension on the tine, there’s grandeur aplenty in the Third Symphony and intensity in the Fifth to go with disarming grace in the Seventh.

Tchaikovsky: The Six Symphonies, “Manfred” Symphony, “Romeo and Juliet” Fantasy-Overture, “Francesca da Rimini,” “1812” Overture, Serenade for Strings, “Hamlet,” Suites from “Swan Lake” and “Sleeping Beauty,” Piano Concerto No. 1 with Andrei Gavrilov, piano. Philharmonia Orchestra (symphonies) and Philadelphia Orchestra. Seven CDs. To judge from these performances of the symphonies, recorded in the late 1970s before Muti took over the Philadelphia Orchestra, they might have been written by a Russian bred under Italian skies. The “singing” is seductive, the passion irresistible.

Prokofiev: “Romeo and Juliet” ballet suites (Philadelphia Orchestra), Sinfonietta and “Ivan the Terrible” (Philharmonia, with Ambrosian Chorus, narrator and vocal soloists). Two CDs. The “Romeo and Juliet” suites offer yet another reminder of Muti’s first season with the CSO. Much less familiar is the Sinfonietta while the cantata “Ivan the Terrible” well may qualify as arcane. But the Sinfonietta’s edge and technical brilliance are matched by the cantata’s operatic impact. Native nourishment for Muti.

The Chicago Symphony displays these reissues on its own website, no doubt proud by association, but also perhaps anticipating a similar documentation of its own. The CSO ’s recorded legacy is prodigious and legendary, and the unfolding Muti era in Chicago will add to that history in some digital fashion or other. In Muti’s first CD with his new orchestra, a magnificent Verdi Requiem, we have already glimpsed its shining promise.