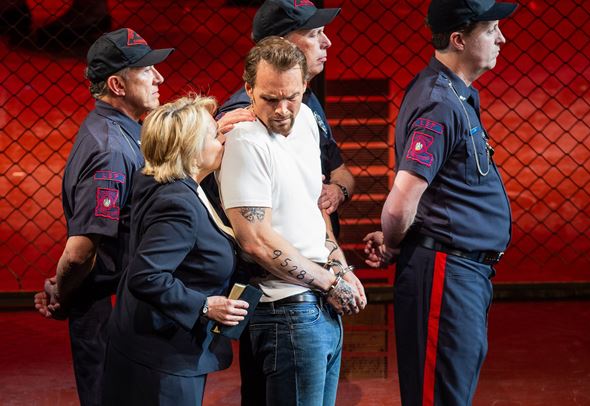 The silence, the phenomenal silence in that huge opera house, spoke loudly about the music-drama unfolding onstage: imminent death awaiting the brutal murderer of two teenagers and the desperate effort by a nun to help this roughcut sociopath, now reduced to a tormented and frightened soul, find peace before his execution.

This is “Dead Man Walking,” the magnificent and widely performed opera forged 19 years ago by composer Jake Heggie and librettist Terrence McNally, brought to life once more through a shattering confluence of music and theater at Lyric Opera of Chicago. 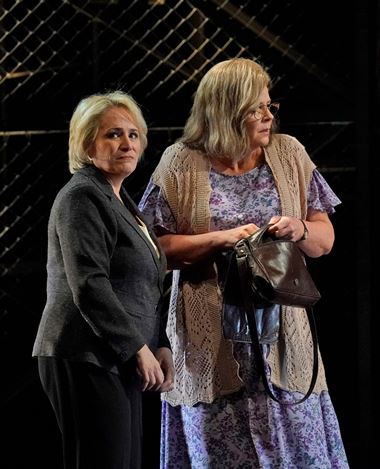 The opera is based on the book “Dead Man Walking” by Sister Helen Prejean, who became the death-row spiritual adviser to Joseph De Rocher. Together with his brother, De Rocher killed the two teens one night on a remote lovers’ lane.

The brother was sentenced to life, but Joseph drew the death penalty. “Dead Man Walking” begins as De Rocher, who has exchanged letters with Helen, asks her to visit him in the Louisiana State Penitentiary at Angola.

No, actually it doesn’t begin quite like that. The very first scene is a reenactment of the murder: In dim light, the naked, cavorting figures of the boy and girl are surprised by the De Rochers. As Joseph assaults the girl, she screams and he viciously stabs her; the boy is shot dead. Though you know what’s coming, it is nonetheless harrowing.

What follows is a tale of two souls – both finding their way, both seeking answers, both hoping to find their point of confluence before it’s too late. Soprano Patricia Racette sings the role of Helen with bass-baritone Ryan McKinny as De Rocher. They are wonderful singing actors, vocally commanding but also wholly immersed in characters of radically contrasting – and conflicting – temperament.

McKinny embodies a barely civilized man raging against the world, born into poverty and ascended to adulthood by his own hard means, with his own bare claws. Racette’s Helen is a radiant woman committed to the service of Jesus Christ, aspiring to his goodness and to his all-embracing compassion. 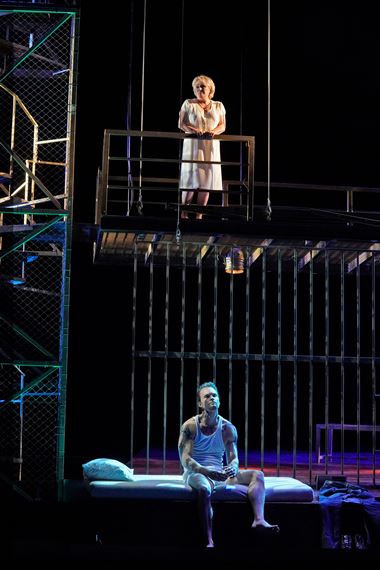 Yet, in the present circumstance, Helen, overwhelmed by what she finds at the prison, is almost as lost as De Rocher.  Designer Michael McGarty’s set is penitential indeed, stark and claustrophobic and filled with convicted murderers all staring at the same fate. Where McKinny’s voice bears a heated, tormented growl, Racette’s silvery sound seems to float, whether in the name of doubt or hope or benediction.

Both artists give form to real people. The dialogue is real, the surging emotion real. This is American verismo, though taken to a transcendent place.

There’s also a crucial third component that powers “Dead Man Walking” and silences the house: De Rocher’s mother, a simple woman just barely able to read, unable to grasp why those who might spare her son’s life can’t see the goodness that she knows abides in this man: She saw it, plain and pure, in a single kindly act of his childhood.

Mezzo-soprano Susan Graham’s portrayal of De Rocher’s mom is heart-breaking, and not least because it is vocally resplendent. One could argue that Graham is the brightest star in view here. The opening night audience cast its resounding vote for her.

The dramatic “progress” of “Dead Man Walking” appears to be very much one-sided. Helen can’t get through to De Rocher, but will not give up. She wants him to admit what he did; but doing that, he counters, would give his captors the green light to execute him. The convict and the nun give different meanings to the word “help.” De Rocher want her to help him dodge his death sentence; she wants to help him die in peace, with his conscience purged.

The conversations between the condemned and his comforter – between these superb singers – are buoyed on Heggie’s musical blend of grit and grace. Dramatically, we do not observe a rapprochement: We witness an epiphany. Enough said. 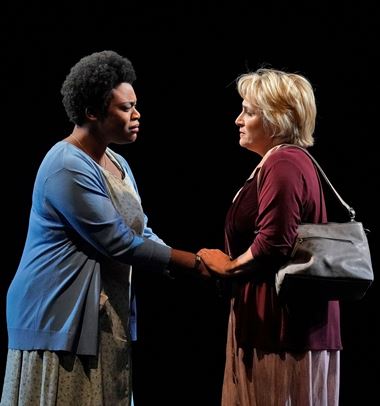 The opera involves an exceptionally large supporting cast dotted with marvelous characters: a motorcycle cop (baritone Christopher Kenney) who stops Helen for speeding only to think twice about giving a ticket to a nun; the authoritative but indulgent prison warden (baritone Gordon Hawkins) who hates this place of death.

In quite a large and essential role, soprano Whitney Morrison displayed a warm, expressive voice as Rose, Helen’s fellow nun, friend and wise counselor. Also rewarding were the parents of the dead kids, determined that nothing will prevent De Rocher from paying for his evil act with his life: Lauren Decker and Allan Glassman on the boy’s side, Talise Trevigne and Wayne Tigges on the girl’s.

Conductor Nicole Paiement brought unfailing sensitivity and cohesion to Heggie’s generous, evocative and complex music. The Lyric Opera Orchestra provided an ethereal accompaniment, and yet not accompaniment; more like a balm that wafts through it all.