In a grand night of singing, Lyric Opera fetes Renée Fleming – with help from starry friends 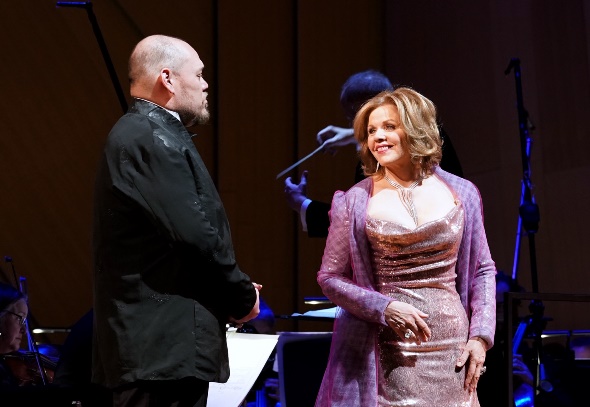 Review: Honoring soprano’s 25-year alliance with company, opera stars shine and woman of the hour joins in their vocal fireworks.

Her colleagues sang tributes, the next generation of opera stars chipped in with the exuberance of youth and the audience rocked the house on soprano Renée Fleming’s night – a very vocal celebration of that superstar’s multifaceted 25-year association with the Lyric Opera of Chicago.

The concert March 23 at the Lyric Opera House not only marked the 25th anniversary of Fleming’s Lyric debut in the title role of Carlisle Floyd’s opera “Susannah,” but it also acknowledged the many ways the singer has contributed to the company as vocal star, consultant and mentor over the last quarter-century. 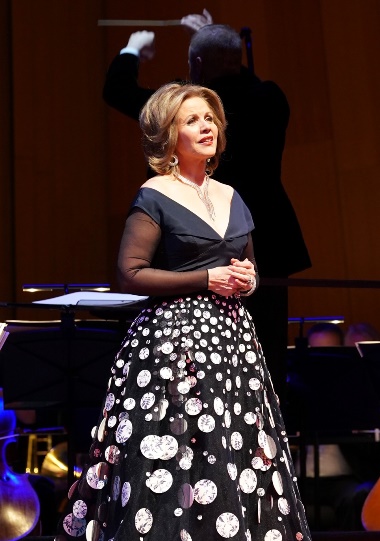 Fleming set the bar high early with Mozart’s aria “Porgi amor” from “The Marriage of Figaro.”

As one among a half dozen opera notables come to sing, the woman of the hour led off the soirée by setting the bar typically high with a radiant and touching turn through the Countess’ aria “Porgi amor” from Mozart’s “The Marriage of Figaro.” Fleming also closed out the program’s first half with another of her signature arias, Rusalka’s “Song to the Moon,” to which she brought Dvořák’s full measure of romantic wistfulness.

Among the program’s finest moments was Fleming’s duet with baritone Quinn Kelsey in “Baigne d’eau mes mains” (Bathe my hands with water) from Massenet’s “Thaïs” – she singing with prayerful luminosity and he creating a foil of shadowed, effortless understatement. That splendid collaboration was prefaced by an exquisite performance of the “Meditation” from the same opera spotlighting violinist Robert Hanford, concertmaster of the Lyric Opera Orchestra – which under the baton of Patrick Summers made its onstage presence felt to happy effect throughout the night.

Also in the French realm, Kelsey offered a virile, heartfelt “Avant de quitter ces lieux,” a soldier’s appeal to God to protect his sister, from Gounod’s “Faust.” Tenor Lawrence Brownlee made his own French mark – and brought down the house – with his vibrant, high-C laden confession of love, “Ah! mes amis…Pour mon âme quel destin” from Donizetti’s “La fille du régiment.” And that after Brownlee had generously displayed his agile lyric tenor in Ferrando’s aria “Un’ aura amorosa” from Mozart’s “Così fan tutte.” 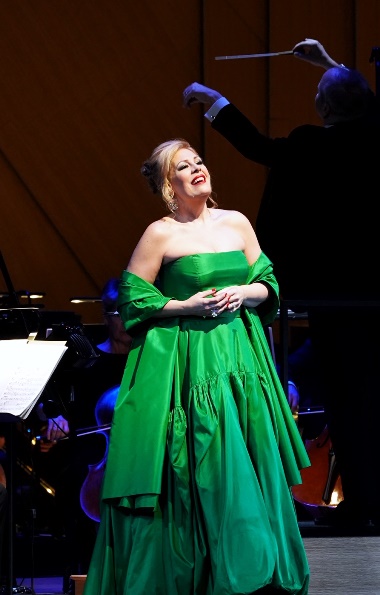 Soprano Sondra Radvanovsky created a sensation with “Ain’t it a pretty night?” from “Susannah.”

Intriguingly, it was not Fleming who reprised Floyd’s Susannah on this anniversary night, but rather another soprano star who also has sung the role: Sondra Radvanovsky, who delivered a disarming account of Susannah’s dreamy “Ain’t it a pretty night?” It’s a grand-scaled aria, this small-town girl’s rumination on what marvels must lie beyond the mountains, and Radvanovsky’s swelling expression earned stormy applause. Nor could one imagine greater contrast to the blazing intensity the soprano had brought to her first song of the night, Tosca’s ode to love and art, “Vissi d’arte,” from Puccini’s opera.

Bass-baritone Eric Owens, the Wotan of Lyric’s ongoing trek through Wagner’s “Ring” cycle, applied his gorgeous sound and thunder-clap power to a comparative rarity, “O patria…O tu, Palermo” from Verdi’s opera “I vespri siciliani.” It’s a song of beloved country, not unlike the chorus “Va, pensiero” from Verdi’s “Nabucco,” and Owens filled it with heart-stopping poignancy.

In this far-ranging night of opera, Mephistopheles was of course on hand, in two guises but one voice. You knew it was Mephisto by the red kerchief so cannily peeking from the breast pocket of bass-baritone Christian Van Horn’s jacket. First, he impersonated the prince of darkness in Boïto’s “Mefistofele,” in the wry aria “Ecco il mondo,” and then the satanic Dappertutto’s “Allez! Pour te livrer combat…Scintille, diamant” from Offenbach’s “Les contes d’Hoffmann.” Van Horn probably didn’t need the red hanky. This devil was bad to the bone – in a good way. 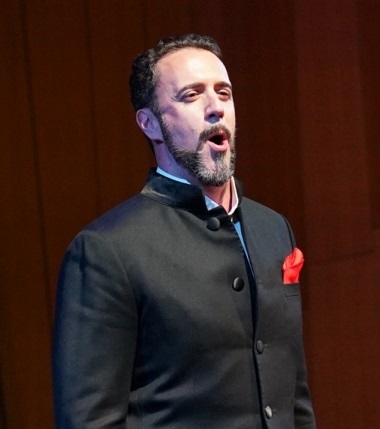 The devil (bass-baritone Christian Van Horn) could be spotted in the detail of his red kerchief.

If Satan was an indispensable guest, so were the young men and women of Lyric’s Ryan Opera Center, a pre-professional training program that has enjoyed Fleming’s involvement and support. Most of the dozen singers in this year’s class converged in a spirited finale to Verdi’s “Falstaff.” Then just the women offered Rodgers and Hart’s witty “Sing for Your Supper” from “The Boys from Syracuse,” and the men kicked up their heels – really, in a chorus line – with “Women, Women, Women” from Léhar’s “The Merry Widow.”

But not even with all this was the show finished, and neither was the guest of honor. Fleming returned wearing her Broadway hat – OK, gown – to sing “Fable,” a soaring highlight from the musical “The Light in the Piazza,” which she will bring to the Lyric Opera House in a touring London production in December.

The end of a fleeting night came with Fleming, joined by the Ryan Opera Center singers, in “You’ll Never Walk Alone” from the musical “Carousel.” The crowd went wild.

And they wanted more. “Encore! Encore!” Fleming smiled her big, irresistible smile and waved. Encore? The multitude now standing and cheering had just reveled in a whole night of ’em. 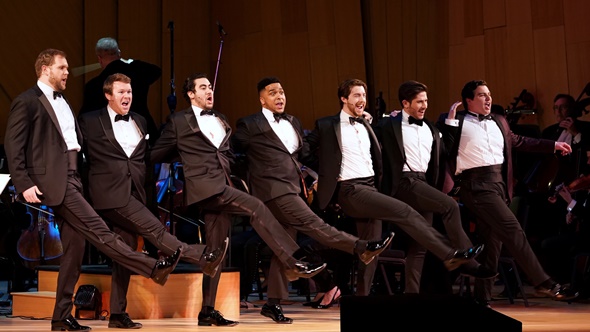 The men of the Ryan Opera Center got their kicks in a chorus from “The Merry Widow.”