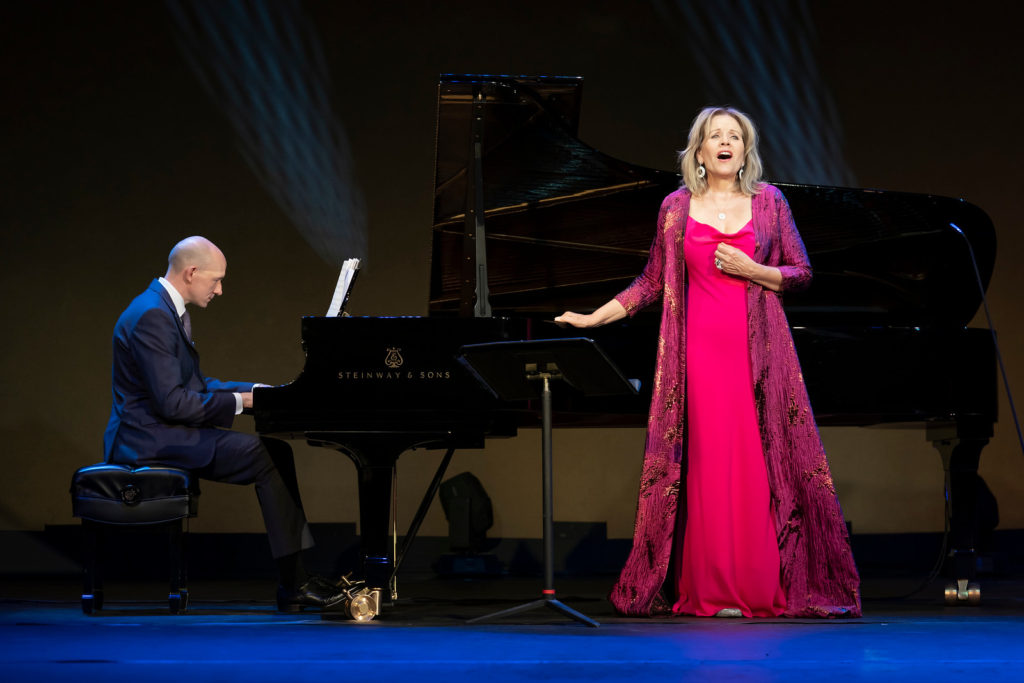 Soprano Renêe Fleming has recorded a performance from The Barns at Wolf Trap to help launch the Lyric Opera of Chicago’s reimagined fall season.

Preview: From Lyric Opera stage and afar, diverse singers celebrate their art and this company in a free online concert.

To speak with soprano Renée Fleming about her appearance in Lyric Opera of Chicago’s online gala “For the Love of Lyric” is to grasp the real meaning of that devotional title.

“It’s a home for me,” mused the celebrated singer, whose attachment to Lyric extends beyond a long history of stage performances to her roles as artistic consultant and devoted mentor to young singers in the company’s Ryan Center training program.

“I’m a nurturing person,” Fleming said, “and the artists who come through the Ryan Center are so talented. I’m their chief cheerleader.” 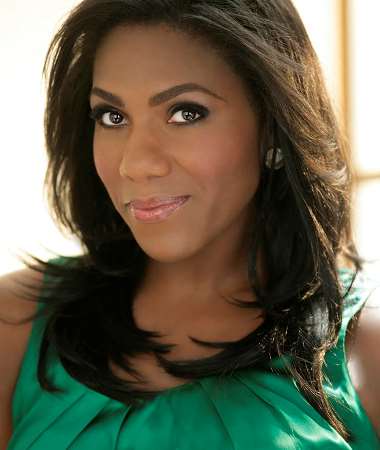 “Renée’s a big reason for my career today,” said Bridges from her home in New York. “She’s a mentor of mine. When I was in the (Ryan) program, she made herself available to all of us. She was incredibly generous, always just an email or a phone call away.”

Bridges, featured with the Chicago Children’s Choir in the pre-recorded Lyric event, saw her starring run at the Washington National Opera in Saint-Saens’ “Samson et Dalila” cut short by the pandemic shutdown. She’s a veritable poster artist for skyrocketing young opera singers brought back to earth by the virus catastrophe.

Bridges was poised to make her European starring debut in the title role of Bizet’s “Carmen” when the coronavirus struck.

“It was going to be a big year for me,” Bridges said. “Carmen in Amsterdam, Margret in (Berg’s) ‘Wozzeck’ at Aix-en-Provence with Simon Rattle conducting, Beethoven Ninth at the BBC Proms. All of that is gone.”

“I’m lucky that I’m at a stage of my career where I’m not in the building phase,” she said. “Singers at that stage have been hit hard because each engagement propels you to the next level. Each engagement is a learning experience, another step in your artistic growth.

“But everybody’s in the same boat. We’re all just trying to make the best of it and trying to think creatively about using the online option. By and large, the artists I know are hanging in there.” 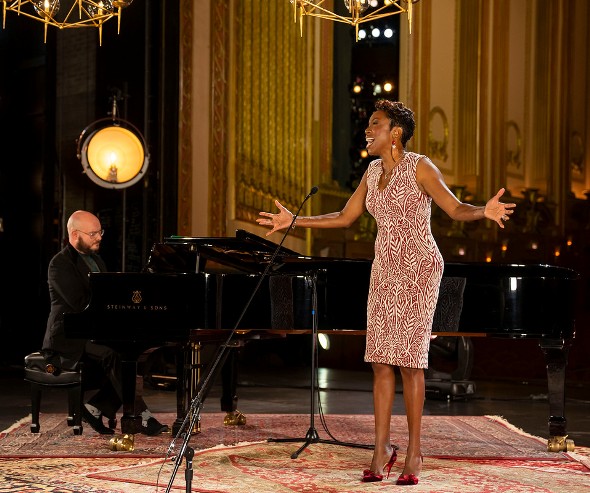 Fleming has found fulfillment in her instructional webinars, which she says have regularly drawn 70,000 participants. “And I’ve done a lot of online performances. It isn’t the same obviously, but it does keep up the connection and I think people are very appreciative of whatever they can get. It’s hard and a bit demoralizing to have gone through six months of this and to realize we may be looking at another six months.” 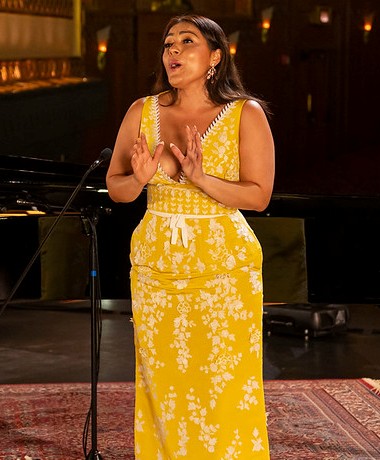 Soprano Ailyn Pérez, a former Marguerite at Lyric, will sing.

Fleming and Bridges were all but singing a virtual duet on that theme. But the younger singer said she has emerged from her grieving stages –frustration, anger, denial – to reach a healthy place of acceptance and determination to forge ahead as best she can.

“For a while, I sat with my feelings and didn’t sing,” Bridges said, “and then I was invited to participate in the Global Citizen concert in June that helped to raise $7 billion in COVID-19 relief. Jennifer Hudson was involved and Miley Cyrus and Coldplay. I was super excited. It’s still on the internet.”

Meanwhile, the operatically sidelined singer tapped into “a newfound gift: orating.” She participated in a panel hosted by the Los Angeles Opera on racism and equality in opera, inspired by the killing of George Floyd by Minneapolis police. “Opera companies have pledged to be more diverse,” Bridges said.

Bridges couldn’t be in Chicago when Lyric was recording other parts of this festive event over the summer. Her performance will be electronically merged with that of the Chicago Children’s Choir. Likewise, the Fleming video was made at the Wolf Trap National Park for the Performing Arts.

“For the Love of Lyric” marks Fleming’s first collaboration with Lyric Opera since she was feted in 2019 for an association that has flourished through 25 years.

Or as she put in our conversation: “Twenty-five years and counting.” 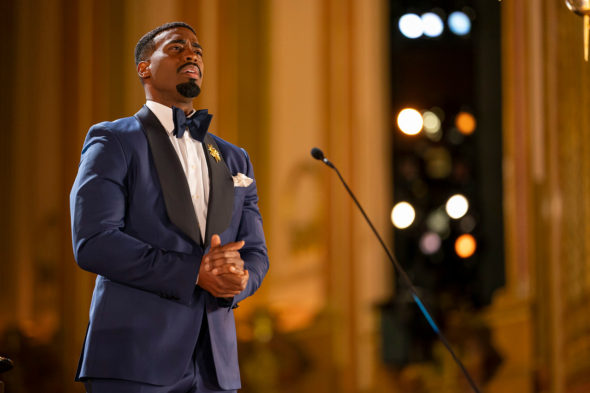