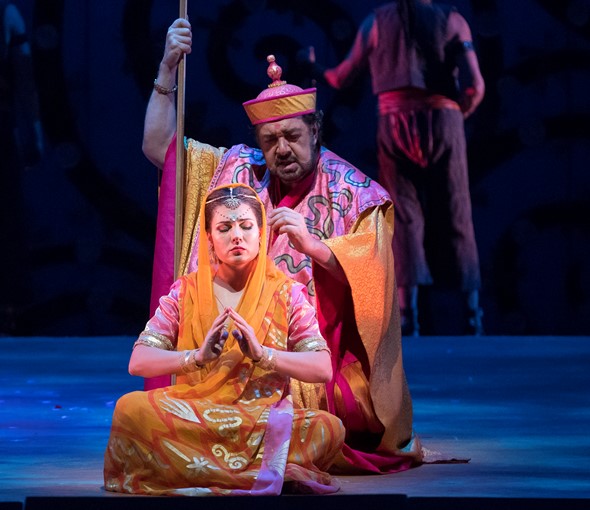 Review: “The Pearl Fishers” by Georges Bizet, libretto by Michel Carré and Eugène Cormon; at Lyric Opera of Chicago thru Dec. 10. ★★★★

For a living, pulsating definition of Romanticism, look no further than the 25-year-old Georges Bizet’s opera “The Pearl Fishers.” Worlds away from the verismo terrain of “Carmen,” which would cap Bizet’s brief life just 12 years later, “Les pêcheurs de perles” is an exotic love poem set in ancient Ceylon, its soaring lyricism consummated in one man’s ultimate sacrifice offered to another in the name of both love and friendship. The whole seductive package – remote enchantment, grand singing, evocative costumes, stylized sets – comes together in a splendid production at the Lyric Opera of Chicago. 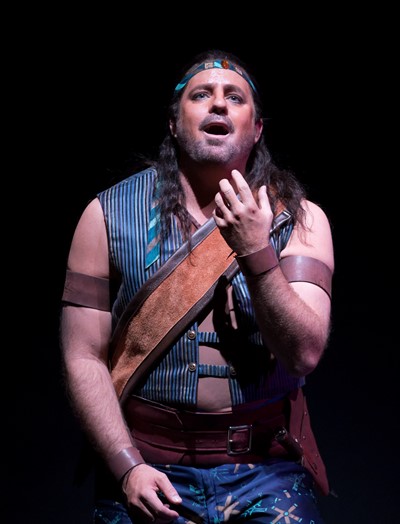 The gist of the story is this: On the eve of a pearl fishing expedition, the local populace acclaims the bold, virile Zurga as its leader. Celebration reigns, with much dancing and acrobatics, as a priestess arrives to begin solitary prayers for a successful hunt. At the same time, Zurga’s longtime but also long-absent friend Nadir shows up. In the past, the two men had chosen their friendship over the woman they both loved. Now that same triangle is reconstructed as the priestess turns out to be that very object of the men’s shared desire, Leïla. This time, however, Nadir and Leïla succumb to their passion – and for violating her singularity they are both condemned to death. After much personal rage and agony, Zurga contrives the lovers’ escape at the cost of his own life.

Suffused with gorgeous music as “The Pearl Fishers” is, the opera’s dazzling showpiece is the first-act duet, “Au fond du temple saint” (At the back of the holy temple), in which Zurga (baritone Mariusz Kwiecień) and Nadir (tenor Matthew Polenzani) recall that first electrifying glimpse of Leïla (soprano Marina Rebeka). The catchy tune returns again and again through the opera, somewhat like a Wagnerian leitmotif but also not unlike a good tune that’s simply being milked – much the way “The music of the night” permeates Andrew Lloyd-Weber’s “The Phantom of the Opera.” 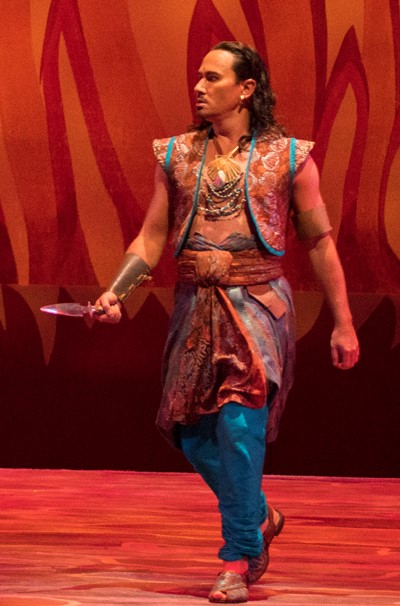 Kwiecień and Polenzani delivered the big number on swelling voices that caught both the music’s arching magnificence and the masculine bond between companions indivisible even by distance. At that length into the opera, Kwiecień showed no sign of the vocal troubles that grew increasingly evident as the act wore on. At intermission of this opening night, Nov. 19, Lyric general director Anthony Freud stepped onto the stage to announce that Kwiecień was indeed under the weather, but that he would continue as best he could.

That was not a small act of courage. First up when the opera resumed was Zurga’s prodigious, tormented soliloquy in which he wrestles with his guilt, his anger and his sorrow as he contemplates the certain deaths of Nadir and Leïla at sunrise. Amazingly enough, Kwiecień imbued that demanding episode with great passion buoyed on vocal power that betrayed no hint of distress. (On Nov. 21, a Lyric spokeswoman said Kwiecień was resting and scheduled to sing at the Nov. 22 matinee.)

Passion is indeed the byword of “The Pearl Fishers,” and hot emotion surged through the singing of Polenzani and Rebeka in the fateful nuit d’amour that proves the undoing of Nadir and the earthy priestess. Tenor and soprano made a credible pair of lovers, both of them fully engaged in their intemperate characters and both in supreme voice. Moreover, the poetry of the Bizet’s music resonated in the grace of this assignation, the physical elegance of which typified the work of director Andrew Sinclair. 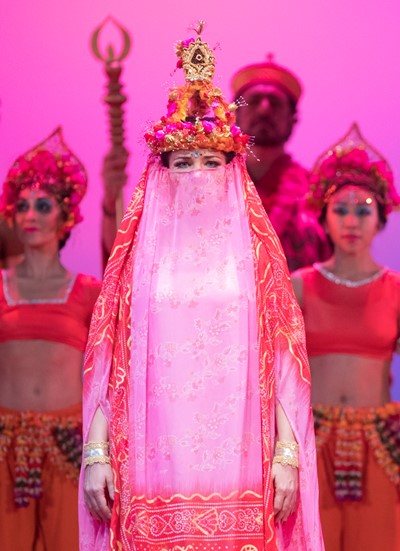 The trio at the amorous heart of “The Pearl Fishers” grows to a foursome in the person of the high priest Nourabad, imposingly cast here in the form and voice of Andrea Silvestrelli. Nourabad must loom as the embodiment of inviolable village law, and the imperially robed and vocally formidable Silvestrelli provided just such a bastion of timeless order.

Visually, this alluring production combines brightly hued costumes and comic-book set drops, both by Zandra Rhodes, together with John Malashock’s bounding choreography for a group of energetic dancers. I would draw the line, however, at the prospect of female dancers wielding jousting poles right alongside the men. If this is revisionist feminism, it looks ridiculous.

Conductor Andrew Davis presided over the music with a keen sense of the accent of French Romanticism, and the Lyric Opera Orchestra served up the youthful Bizet’s music with all its warmth and finesse stylishly intact.