Baton (and lantern) in hand, Muti commences rediscovery survey of the Brahms symphonies 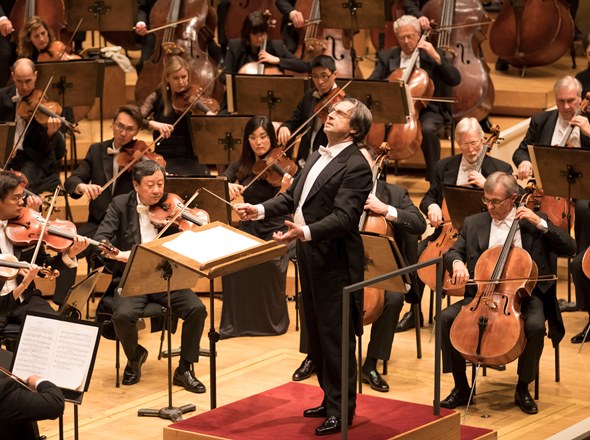 But the prospect of hearing those essential works in the hands of the Chicago Symphony Orchestra does give one pause. And Brahms in the care of CSO music director Riccardo Muti suddenly transforms the routine into a journey of discovery greatly to be anticipated.

Revelatory it was when Muti led Brahms’ First and Second Symphonies on May 4 at Orchestra Hall to commence a cycle that winds up May 11-13 when the CSO turns to Symphonies 3 and 4. 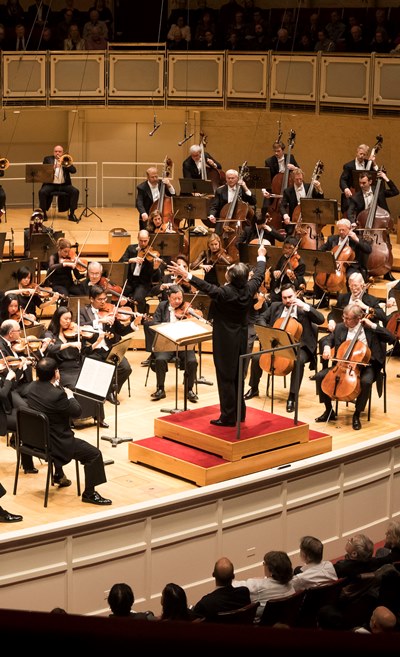 What fundamentally distinguishes Muti’s Brahms are the same qualities that generally set the conductor’s work apart: an unfailing lyric sensibility, a sure ear for voicing, a dynamic range that begins with a true pianissimo, supple and expressive rhythm, and instinctive attention to textural transparency.

The First and Second Symphonies are quite different creatures, and Muti got right at the identifying strands of their DNA. Brahms was 43 years old, and had self-consciously labored in the shadow of the long-dead Beethoven, when he finally sent into the world his Symphony No. 1 in C minor. It offers a fascinating mélange of Beethoven’s way of building great edifices from tiny motifs and the deep lyrical streak that Brahms, a German transplant to Vienna, inherited from Schubert.

First and last, Muti captured the power and majesty of the C minor Symphony: the grandeur of its opening movement and the fulsome song that crowns the work much as the “Ode to Joy” consummates Beethoven’s Ninth. But what remains deepest in the mind’s ear are the thousand details Muti revealed along the way – in the shaping of those heroic outer movements and, at the symphony’s core, the fine-brushed painting of the second-movement Andante sostenuto and graceful quasi-scherzo.

Week in and week out, it becomes all too easy to take the CSO’s gorgeous string sound for granted. That sound is an absolute constant, in the paradoxical sense that it becomes precisely, moment to moment, whatever a conductor wishes it to be. In Brahms’ radiant slow movement, Muti elicited string playing of exquisite finesse, buoyancy and warmth – against which something of a patchwork woodwind section etched its own gentle lines. 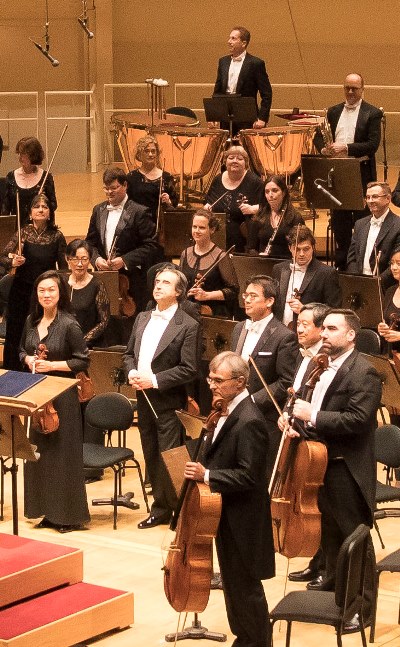 Notably absent was principal oboist Alex Klein, a former member of the orchestra who had reclaimed his post this season after several years’ rehabilitation from a hand injury that has continued to be a challenge. According to the CSO press office, the indisposed Klein has informed the orchestra that he will take a few weeks off for reasons unspecified.

These adjustments notwithstanding, every facet of the ensemble shone as Muti fashioned a First Symphony performance not only of impeccable cohesion but also of great elegance.

That might be the byword for Symphony No. 2 in D major: elegance. Another word often applied to this splendorous music of sunlight and shadows is pastoral. Not so much like the Beethoven Sixth, which that composer said evoked “feelings” rather than landscape tone-painting. The bucolic in Brahms’ Second resides in something as general as a freedom of spirit, a heart’s ease – the intimation of an ode to joy.

As he did in the First Symphony, Muti illuminated the soul of the D major in its lustrous slow movement. Fluent, shimmering, seemingly weightless, this magical music streamed forth as if from some source beyond earthly limits.

The Second Symphony can be almost mystical in its delicacy, and yet it ends in a blaze of hair-raising power, which Muti restrained to the last possible moment before unleashing in a sunburst of brasses. Quite a finish to Part 1 of this survey of Brahms’ four symphonies – ultra-familiar, and yet oh-so-surprising.