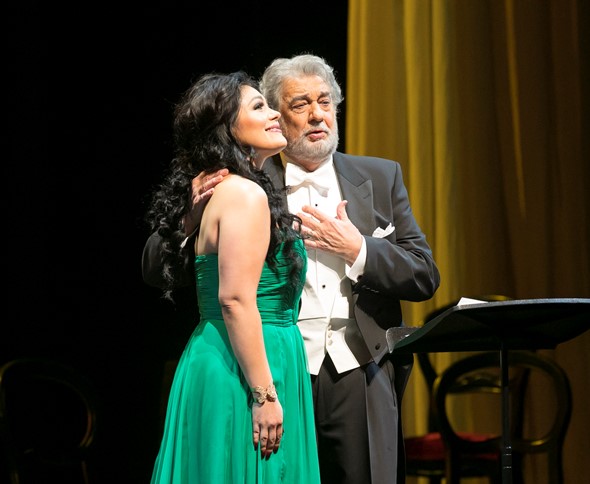 There was palpable energy at the Civic Opera House on March 9 when the Lyric Opera of Chicago presented “Celebrating Placido,” an evening of music and mirth with the remarkable Placido Domingo.

Domingo’s relationship with Lyric has been a long and affectionate one. Since his company debut as Puccini’s Des Grieux in 1968, he has returned for numerous concerts and 12 additional roles encompassing an astonishing stylistic range – from the classicism of Mozart’s “Idomeneo,” the Italian bel canto (Edgardo in “Lucia di Lammermoor”) and the French lyric repertoire (Samson, Hoffmann and Don José in “Carmen”) to yet more Puccini, the verismo of Giordano’s “Fedora” and “Andrea Chénier,” and in 2005 a gloriously sung Siegmund in Wagner’s  “Die Walküre.” 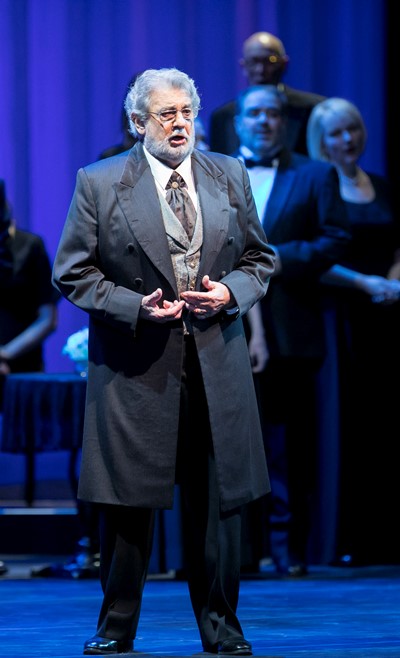 In one Lyric season-opener, Domingo portrayed Verdi’s Otello in September of 1985 – which sadly coincided with the tragic earthquakes in Mexico. Domingo cancelled the bulk of his international engagements that year in order to devote himself to family and relief efforts. Anecdotes of his down-to-earth geniality have abounded. One of Lyric’s security staff related having had a delightful chat with Domingo during this gala’s preparations while the illustrious singer casually wolfed down a couple of tacos.

The formidable tenor’s reinvention as a baritone in recent years has met with some critical ambivalence, but such concerns hardly matter in an honorary gala. Yes, he sang baritone repertory throughout the evening, and no, he does not entirely sound like an exemplar of the breed. Suffice it say, however, that whatever classifications the cognoscenti insist on thrusting upon him, this remains the voice of a superstar.

At 76, Domingo still engenders that singular frisson felt upon hearing his first phrases as only the greatest vocalists are able to do. If there are signs of age, the familiar, pungent timbre is largely intact, as is the house-filling resonance.

A complete performance of the second act of Verdi’s “La traviata” found Domingo complemented by tenor Michael Spyres as Alfredo, with soprano Ailyn Pérez in her company debut as Violetta. 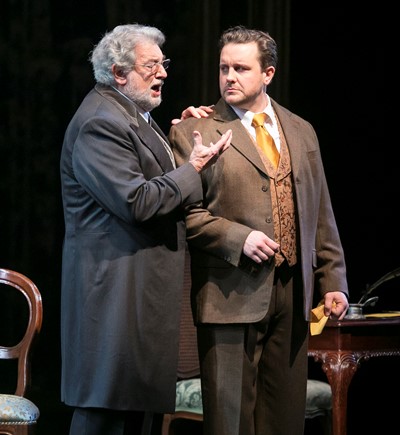 A roar of applause greeted Domingo’s entrance as Germont; thereafter, the great Violetta-Germont confrontation was beautifully rendered, from Domingo’s sensitive handling of “Pura siccome un angelo” (Pure as an angel) to the musicality applied in a stunning blend achieved with his soprano partner in “Dite alla giovine sì bella e pura” (Say to your daughter, so pure and so fair).

A sampling of French and Italian selections formed the evening’s second half. Domingo made capital work of Carlo’s third-act aria from “Andrea Chénier,” and he gave his supporting artists their own moments of solo sunshine in samplings from Gounod’s “Faust” and Cilea’s “Adriana Lecouvreur.”

The recognition duet from “Simon Boccanegra” was graced by ineffable warmth as Domingo and Pérez created an entirely believable father-daughter pair, their apparent devotion only matched by the audience’s own. The formal program concluded with the tenor-baritone duet from Bizet’s “Les pêcheurs de perles.” 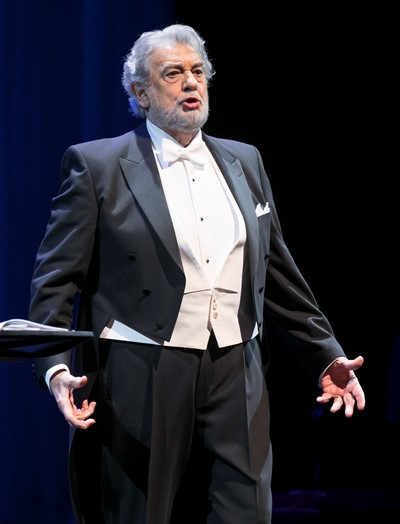 There were several encores. Domingo revisited his Zarzuela roots with “No puede ser” (It cannot be) from Sorozábal’s “La tabernera del Puerto,” while Pérez essayed a melting “Estrellita,” and Spyres offered a rendition of “Be My Love” that Mario Lanza might have envied.

Nothing, however, prepared one for the spontaneous eruption of joy from the house when Domingo launched into that most popular of Mexican songs, “Besame mucho,” which quickly morphed into a raucous sing-along. It was a charming interlude that Domingo himself clearly relished – and a mutual expression of love between the audience and one of history’s most adored singers.

Review of Bizet’s “Carmen” at the Lyric Opera, through March 25: Read it at Chicago On the Aisle

Review of Tchaikovsky’s “Eugene Onegin” at the Lyric Opera through March 20: Read it at Chicago On the Aisle