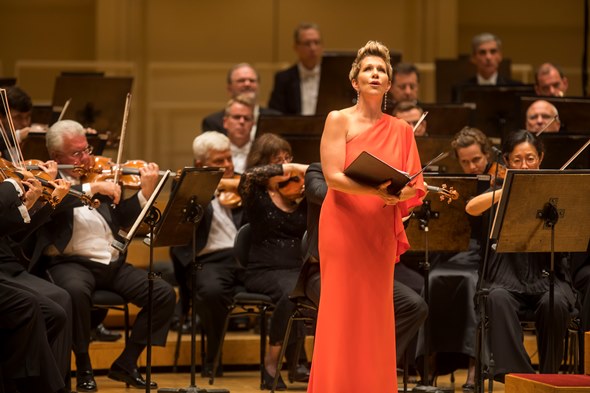 There comes a time in a classical music lover’s life when you feel you know a piece. Certainly Beethoven’s Symphony No. 7 feels like something I’ve known forever, since student days, in versions for band and orchestra and piano study scores, not to mention the collection of (how many dozens?) of live and recorded performances over the years.

But on Sept. 29, Riccardo Muti and the Chicago Symphony Orchestra struck like a lightning bolt, and this work I thought I knew seemed sharpened to another level of magnitude, precise and sleek, abundant with athletic grace and shifts in sound textures so subtle they seemed to shimmer. 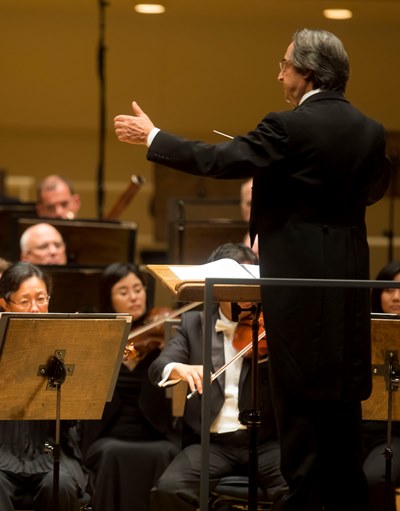 The orchestra musicians, stageful of virtuosos that they are, put all that virtuosity into meeting Muti’s demands for breathtakingly evocative levels of softness, speed and electrifying power, all together and in myriad groupings, a veritable feast of impressions. The composer’s dramatic modulations, and there are many, sounded freshly daring; the endless invention of the famous set of variations in the second-movement Allegretto a pure delight.

I shouldn’t have been surprised. I first had that experience with Muti a number of years ago in New York, when he led the Philharmonic at Lincoln Center in Franck’s Symphony in D minor, which changed my sense of what is possible in that opus. In the Beethoven, too, there were surprises everywhere, and the notes that looked the same for the last 205 years had emphatic new import.

Throughout his career, Muti has eagerly shared with audiences his love for some 19th-century Italian composers who are otherwise slipping into history, Alfredo Catalani (b. 1854) and Giuseppe Martucci (b. 1856) among them. To make his case for Martucci’s formidable song cycle “La canzone dei ricordi” (Song of Remembrance), the maestro brought in another persuasive advocate, the mezzo-soprano Joyce DiDonato, at the height of her powers. 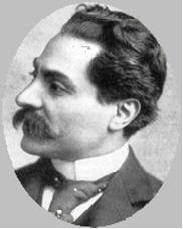 DiDonato was making her Chicago Symphony debut at these concerts, although Lyric Opera fans will remember her from 2008 as the feisty young heroine in Rossini’s “The Barber of Seville,” from 2010 as the boyish Cherubino in Mozart’s “The Marriage of Figaro” and from 2014 as the troubled Sesto, friend and betrayer of the emperor, in Mozart’s “La clemenza di Tito.”

In the Martucci, this very smart singer inhabited the role of an unnamed heroine trapped in her memories of ecstatic nights and subsequent torment — she was seduced, loved and abandoned. Martucci was Italian, yes, but clearly also an internationally savvy composer with masterful Germanic underpinning, one who assimilated influences of Schubert and Brahms and Mahler — and also Wagner, who in his themes of sexual love also violated traditional harmonic taboos.

As the lyrics of “La canzone dei recordi” told of burning passion, whose memory is “vanishing into the far away indefinite horizon,” Martucci’s wavering harmonic dissolutions had a spark of modernism that put me somewhat in mind of “Transfigured Night” by Schoenberg, who exploredthe poetry of forbidden love at the turn of the 20th century with stunning harmonic modulations. 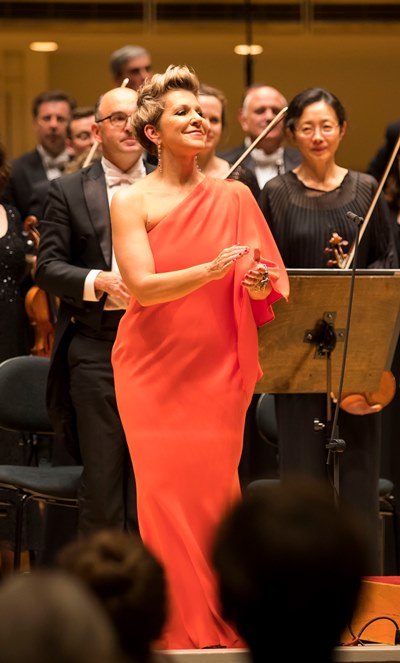 DiDonato and Muti, both shrewd interpreters of words spoken and unspoken, deftly zeroed in on the passion and confusion of the heroine’s subtext. The mere mention of a flower, a breeze, or a brook insistently brought on plush and painful streams of consciousness. The seven poems, framed by the singer’s description of love’s elusive and fleeting season, are exquisitely orchestrated.

Although I had my reservations about a huge Martucci piano concerto that Muti and the CSO performed in 2011, this ambitious song cycle impressed me as a significant historic milestone. Not much of Martucci is preserved as recorded legacy, but Muti is a powerful champion. “La canzone dei ricordi” was released as part of a 25-DVD box set — not yet distributed in the U.S. — of annually televised Berlin Philharmonic concerts from European music capitals, this one from Teatro di San Carlo in Naples in 2009 with Violeta Urmana in the singing role. With DiDonato in her prime, it would be wonderful if the Chicago Symphony’s in-house audio recording team were able to extend this thoughtful collaboration to a greater audience via CSO Resound.

For La Scala Opera in 1892, Catalani wrote “La Wally,” for whose free-spirited heroine Toscanini’s daughter Wally was named. Its hypnotic aria “Ebben?” resurged to fame in 1981 when Wilhelmenia Fernandez sang it in the cult French film “Diva,” and it has been echoed in other films since, but most of Catalani’s music is no longer performed.

Muti offered Catalani’s 1878 “Contemplazione,” a wordless 12-minute melody for orchestra, as the concert opener. The orchestra had never played it before. The lyrical piece has a generously expansive arc, similar in spirit to Rachmaninoff’s “Vocalise,” poised and pensively simple.