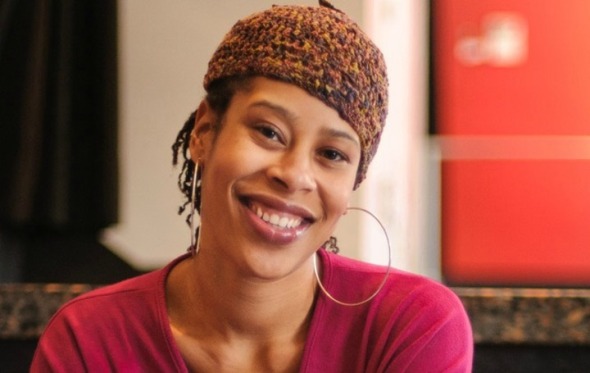 The theater’s 20th anniversary year will feature a Chicago premiere starring the powerhouse duo of Mike Nussbaum and Janet Ulrich Brooks, the U.S. premiere of a new play that was a sensation at last year’s Stratford Festival, a reunion of acclaimed playwright Dominique Morisseau and director Ron OJ Parson, and a TimeLine production of an award-winning play by the internationally renowned company Complicité.

For a sixth season, one production of TimeLine’s upcoming 2016-17 season will be presented at an alternate location to accommodate the company’s subscriber base and expanding audience. BAKERSFIELD MIST will be presented at Stage 773, 1225 W. Belmont Avenue in Chicago. All other productions will be staged at TimeLine Theatre’s home at 615 W. Wellington Avenue.

“We are thrilled to celebrate our 20th Anniversary Season with these four remarkable stories,” said TimeLine Artistic Director PJ Powers. “For nearly two decades TimeLine audiences have displayed so much passion for bold, provocative and daring productions, and we are proud to introduce Chicago to four plays that further that tradition of theatre that sparks dialogue about our place in history.”

A provocative and hilarious look at what makes art—and people—authentic. Maude, an unemployed bartender living in a trailer park, has bought the ugliest thrift store painting she could get her hands on as a gag gift. However, when she is told that it might in fact be the “find of the century”—an undiscovered work by the famed Jackson Pollock—she invites a world-class art expert to decide if it’s a forgery or the real thing, worth millions.

Inspired by a true story and set to feature TimeLine Company Member Janet Ulrich Brooks and TimeLine Associate Artist Mike Nussbaum in the two-person cast, BAKERSFIELD MIST is “a perfect marriage of emotion and ideas that is rare indeed” (Los Angeles Times).

A funny and timely examination of politics, sex, and women’s rights. Katherine Parr is smart and passionate: a rising star in a world of intense competition. She also has just been crowned the sixth wife of King Henry VIII. In the process, she’s started an illicit affair, inherited three children, and launched a political career at the head of the country, alongside a husband as well known for his insanity as his brutality. Now’s not the time to lose her head. THE LAST WIFE is a bold and contemporary return to Tudor England that confronts issues as relevant today as they were 500 years ago.

Fresh off an acclaimed debut at the Stratford Festival in Canada, TimeLine presents the U.S. premiere of Kate Hennig’s feminist and fearless new play. As The London Free Pressdeclared, “[THE LAST WIFE] blows the doors off the way we see women in history and, perhaps, makes us consider our own place in the world.”

The long-awaited Chicago premiere of this exquisite, internationally acclaimed play about love, math, and how the past and future connect. In 1913, a clerk in rural India named Srinivasa Ramanujan sends a letter to famed mathematician G.H. Hardy, filled with astonishing mathematical theorems. In the present, a math professor and a businessman fall in love. As these two pairs wind their way through the course of their lives in different eras, they grapple with the beautiful mysteries of mathematics and the patterns found within the universe and themselves. Told in a whirlwind of vignettes spanning history and time, A DISAPPEARING NUMBER is a love letter to numbers, blending the beauty of everyday relationships with the mysticism of the cosmos.

Winner of the 2007 Critics’ Circle Theatre, Evening Standard, and Laurence Olivier awards for Best New Play, TimeLine’s production of A DISAPPEARING NUMBER is a new and rare staging of this mesmerizing play that the Chicago Tribune raved “explodes with so much intellectual stimulus it makes you giddy, thrilled, intoxicated, ready to talk.”

A dynamic and jazz-infused drama about what’s at stake when building a better future. In Detroit’s Black Bottom neighborhood in 1949, a gifted trumpeter and troubled owner of the Paradise jazz nightclub is contemplating a buyout offer for the city’s urban renewal plan. As the inhabitants of the famed but faltering jazz club ponder their options and dream of a better life, relationships are tested, new challengers emerge, and a mysterious woman arrives to turn their world upside down. As the fate of all their lives looms, they must decide whether to fight to save what’s theirs or risk it all for a chance at redemption.

TimeLine Theatre Company, recipient of the prestigious 2016 MacArthur Award for Creative and Effective Institutions, was founded in April 1997 with a mission to present stories inspired by history that connect with today’s social and political issues. To date over 19 seasons, TimeLine has presented 66 productions, including nine world premieres and 26 Chicago premieres, and launched the Living History Education Program, now in its ninth year of bringing the company’s mission to life for students in Chicago Public Schools. Recipient of the Alford-Axelson Award for Nonprofit Managerial Excellence and the Richard Goodman Strategic Planning Award from the Association for Strategic Planning, TimeLine has received 52 Jeff Awards, including an award for Outstanding Production 11 times.

TimeLine is a member of the League of Chicago Theatres, Theatre Communications Group, Lakeview East Chamber of Commerce and Chicago’s Belmont Theater District.

Nick Bowling (Director, THE LAST WIFE and A DISAPPEARING NUMBER) was the founding Artistic Director and is now Associate Artistic Director and a Company Member of TimeLine Theatre. He is the recipient of seven Jeff Awards for Outstanding Direction (THE HISTORY BOYS, THE NORMAL HEART, FIORELLO!, THIS HAPPY BREED and THE CRUCIBLE at TimeLine; SONDHEIM ON SONDHEIM at Porchlight Music Theatre; and ANOTHER PART OF THE FOREST at Eclipse Theatre) and also received Jeff Award nominations for BLOOD AND GIFTS, THE FARNSWORTH INVENTION, HAUPTMANN and THE LION IN WINTER at TimeLine; CLOSER THAN EVER at Porchlight Music Theatre; and CITY OF ANGELS and THE KING AND I at Marriott Theatre. Recent credits at TimeLine include DANNY CASOLARO DIED FOR YOU, JUNO, THE NORMAL HEART, 33 VARIATIONS and MY KIND OF TOWN. Other Chicago credits include Paramount’s A CHRISTMAS STORY, Northwestern University’s CABARET, Porchlight’s A CATERED AFFAIR, Writers Theatre’s BACH AT LEIPZIG and Shattered Globe Theatre’s TIME OF THE CUCKOO and FROZEN ASSETS. He will next direct the Chicago premiere of CHIMERICA at TimeLine.

Founded in 1983, Complicite (Playwright, A DISAPPEARING NUMBER) is one of the most respected theatre companies in the world and has been called “the most influential and consistently interesting theatre company working in Britain” by The Times. Led by Artistic Director Simon McBurney, OBE, and Producer Judith Dimant, MBE, the company is based in London, touring internationally and across the United Kingdom. Now in its 33rd year, Complicite has not only won many awards, but has broadened the concept of theatre in ways that have touched thousands of people around the globe. For more information, visit complicite.org.

Kevin Christopher Fox (Director, BAKERSFIELD MIST) returns to TimeLine after having directed the critically acclaimed production of WIDOWERS’ HOUSES by George Bernard Shaw, as well as multiple new play workshops and readings. Recent Chicago directing highlights include the world premiere of ASSASSINATION THEATER in its five-month commercial run (Russell Lane, LLC at Museum of Broadcast Communications); the world premieres of GRAVEYARD OF EMPIRES, THE GUN SHOW, PULL OF THE MOOON and ACCIDENTAL RAPTURE (16th Street Theater, where he is also an Artistic Associate); LAY ME DOWN SOFTLY and HUGHIE (Irish Theatre of Chicago/Seanachai); WIDOWERS’ HOUSES and ANDROCLES AND THE LION (ShawChicago); ST. CRISPIN’S DAY (Strawdog, four Jeff Award nominations, including Outstanding Production); ARMS AND THE MAN and BETRAYAL (Oak Park Festival); THE LAST DAYS OF JUDAS ISCARIOT (Gift Theatre); BEGGARS IN THE HOUSE OF PLENTY (Mary-Arrchie); and his debut BUICKS (Precious Mettle). Regional highlights include the world premieres of THE SPIRITUALIST and SUNDOWN TOWN, THE FALL OF THE HOUSE and MACBETH (TheatreSquared); MACBETH (Montana Shakespeare in the Parks, Shakespeare in the Schools, adapted and directed) and THE STUDY (William Inge Festival and Center for the Arts). He has directed numerous new play development workshops for TheatreSquared and Chicago Dramatists, among others. This spring he will direct the Chicago premiere of THE BOOK CLUB at 16th Street.

Kate Hennig (Playwright, THE LAST WIFE) is a diverse, multi-award-winning theatre artist, born in England and raised in Alberta, with more than 30 years of professional experience as a performer, including seasons on Broadway, with the Royal Shakespeare Company, and with both the Shaw and Stratford Festivals. She has an MA (Distinction) in Voice Studies from the Central School of Speech and Drama in London, England. As a writer and performer, Hennig is drawn to subjects and characters that give women a greater historic content and context for their cultural lives, while striving to balance gender perspectives on our stages. She is currently writing two companion pieces to THE LAST WIFE: THE VIRGIN WARD and FATHER’S DAUGHTER. The trilogy is a contemporary feminist imagining of the Tudor queens Katherine Parr, Mary I, and Elizabeth I. Kate’s other playwriting includes THE ELEVENTH DAVID, based on 9th century Japanese poetess Ono No Komachi; WATERWORKS, an epic family drama about the infectious nature of lies, set during the flu pandemic of 1918; and MORE, a pre-industrial age story of the culture of infertility. Hennig lives and writes in the Niagara Region of Canada. For more information, visit katehennig.com.

Ron OJ Parson (Director, PARADISE BLUE) previously directed A RAISIN IN THE SUN and Morisseau’s SUNSET BABY at TimeLine, where he is a Company Member. He is a native of Buffalo, New York, and a graduate of the University of Michigan’s professional theatre program. He is the co-founder and former Artistic Director of Onyx Theatre Ensemble of Chicago and a co-founder and co-director of Ripe Mango Productions. Ron is a Resident Artist at Court Theatre and an Associate Artist with Teatro Vista. Since moving to Chicago from New York in 1994, he has worked as both an actor and director. His Chicago credits include work with The Chicago Theatre Company, Victory Gardens, Goodman, Steppenwolf, Chicago Dramatists, Northlight, Court, Black Ensemble Theatre, Congo Square, Urban Theatre Company, City Lit Theater, ETA Creative Arts and Writers. Regionally, Parson has directed shows at Studio Arena Theatre, Alliance Theatre, Actors Theatre of Louisville, Milwaukee Repertory, South Coast Repertory, Pasadena Playhouse, Geva Theatre, Virginia Stage, Roundabout Theatre, Wilshire Theatre, The Mechanic Theatre, CenterStage, St. Louis Black Repertory, Pittsburgh Public Theater, Pittsburgh Playwrights Theatre, Signature Theatre, and Portland Stage, among others. In Canada, he directed the world premiere of PALMER PARK by Joanna McClelland Glass at the Stratford Festival. Acting credits on television and film include ER, EARLY EDITION, TURKS, AMERICAN PLAYHOUSE, VAMPING, BARBERSHOP 2, PRIMAL FEAR, DROP SQUAD and most recently Starz Network’s BOSS. He is a member of AEA, SAG, AFTRA, and SDC. For more information, visit ronojparson.com.