In two iconic figures of classical music, Muti reveals more to treasure in concert with CSO 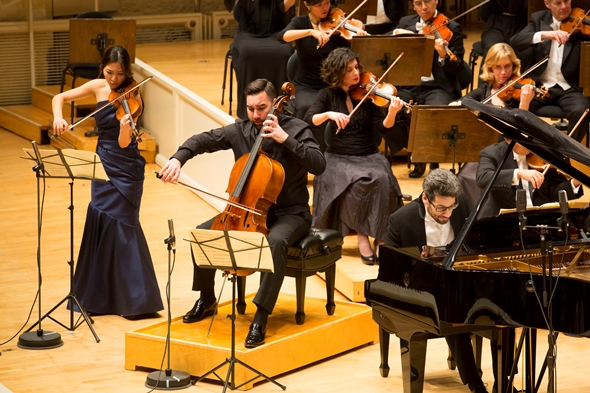 Who knew that a big middle-period work by Beethoven and a Tchaikovsky symphony would add up to a completely new concert experience? But such was the exhilarating sum of a Chicago Symphony Orchestra program that paired Beethoven’s Concerto for Piano, Violin and Cello with Tchaikovsky’s Symphony No. 2 in C minor conducted by CSO music director Riccardo Muti. 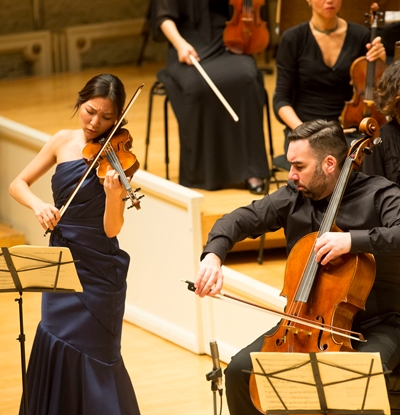 Beethoven’s “Triple” Concerto falls within a close sequence of works that, even today, virtually define the composer for many listeners, from the “Waldstein” Piano Sonata and the “Eroica” Symphony to the “Appassionata” Sonata, the Fourth Piano Concerto, the three great String Quartets, Op. 59, and the Violin Concerto. But the “Triple” has never enjoyed the public favor of its beloved companions. Critics and scholars also have tended to view the work as a conundrum, a technical challenge – spotlighting three instruments at once — that Beethoven only partially met.

But the Chicago Symphony performance on March 5 made an exceptionally cogent case for the work. The soloists were pianist Jonathan Biss and two CSO musicians, associate concertmaster Stephanie Jeong and Kenneth Olsen, the assistant principal cello. They made close-knit, indeed radiant work of what essentially plays out as chamber music, a piano trio with carefully gauged orchestral embroidery. 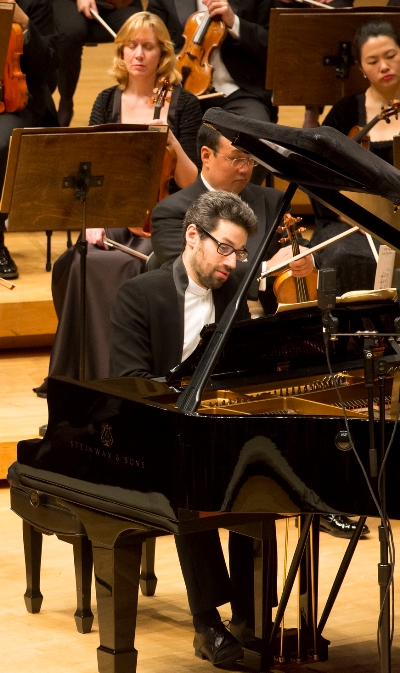 In the Largo that follows, the orchestra all but vanishes as the trio takes over in music of such ethereal beauty that one quite forgets about the silent band in the background. Here, Biss, Jeong and Olsen wafted away on a tangent of chamber music that foreshadowed the sublimity of Beethoven’s monumental “Archduke” Trio. The easy melding of violin and cello with the pianist’s glistening roulades might have been the work of longtime partners, musicians familiar with the breathing as well as the bowing of each other.

The “Triple” Concerto’s most successful movement as, well, a concerto is the finale, a grand and brilliant polonaise in which Beethoven throws caution to the wind and invites the whole gang to put on their dancing shoes. It’s boisterous, ripping fun and that’s exactly how it came off here as the three soloists plunged headlong into their virtuosic assignments and Muti kept the orchestra smartly in step. All told, it was a rare glimpse of the “Triple” as a bravura venture, the imperfect experiment of a perfectly recognizable genius. 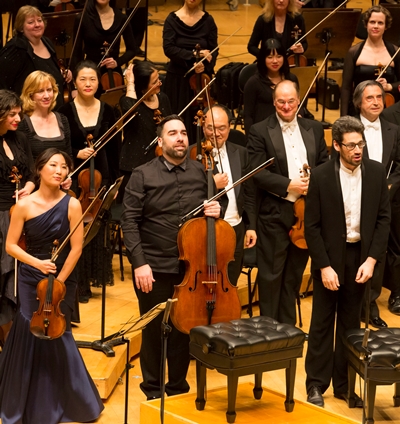 No such qualifiers applied to Muti’s stunning tour of Tchaikovsky’s Second Symphony, known as the “Little Russian” for its use of Ukrainian folk songs. Stravinsky loved this symphony for its genuine Russian character and for the mastery of its workmanship, and he conducted it often. But for American audiences, the Second is just one of those rarely heard “early” Tchaikovsky symphonies that precede the three important ones. Time to recalibrate.

Muti, who is conducting all the Tchaikovsky symphonies with the CSO this season, showed the Second for what it really is, an infectious, free-spirited song of the Russian soil, elegantly crafted and wonderfully original. There’s great sweep in the outer movements and great charm in the inner ones. Indeed, in the march-like Andantino and the ensuing Scherzo, one hears pastel instrumental colorings and buoyant rhythmic figures that Stravinsky would mirror in his ballet “The Fairy’s Kiss.”

The CSO delivered a gorgeous performance, soulful and sparkling and poised. It not hard to see how the witty, burnished qualities of this music might get plowed under in a performance focused too much on the work’s broad outlines. But Muti, ever mindful of the details that give wing to lyricism, turned Tchaikovsky’s symphony into a magic carpet ride back to the land, as Stravinsky might say, of the Firebird.

Muti will finish his comprehensive, season-long survey of Tchaikovsky’s symphonies with the “Manfred” symphony (June 11-13) and Symphony No. 5 in E minor (June 18-20). 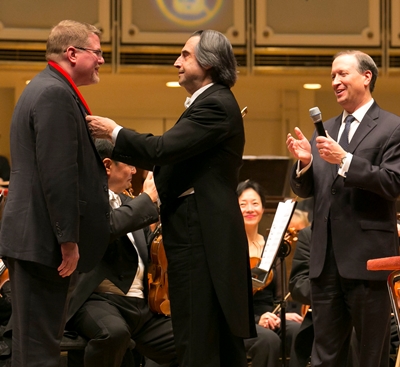 This program began in the ethereal domain of György Ligeti’s “Lontano,” a spiritual tone poem whose murmurings evoke what one might call the duality of cosmos, the one within us as well as the one beyond. The title means Distant, and the orchestra captured Ligeti’s gossamer quiescence to incandescent effect.

At mid-concert, Jeff Alexander, the CSO’s new president, and Muti presented the CSO’s recently retired principal bassoonist, David McGill, with the Theodore Thomas Medallion for Distinguished Service to the orchestra. McGill had served as principal since joining the CSO in 1977. He was appointed to the position by former CSO music director Daniel Barenboim.