Report: Conductor Lorin Maazel catches up with the Chicago Symphony Orchestra in Hong Kong, and beleaguered musicians revel in the quiet authority of a master who remains indefatigable at age 82. 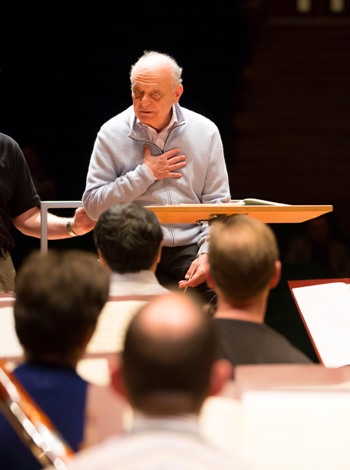 As the sweatered and smiling 82-year-old Lorin Maazel climbed to his seat and settled into a high swivel chair atop the double-riser podium at Hong Kong Cultural Centre on Jan. 28, his presence seemed to relax the musicians of the Chicago Symphony Orchestra. They were due for relief after embarking on a four-country Asia tour that had sent them into a whirlwind for reasons that had nothing to do with the original plan.

What came next, in this first rehearsal together, was impressive not for what Maazel said, but for what he didn’t. Beginning with Brahms’ Symphony No. 2, which would be the cornerstone of Maazel’s first concert that night, he shaped the CSO’s interpretation on the run with an abundant if sparely employed vocabulary of gestures — technically precise, yet altogether poetic indications of fingers, wrist, hands, arms and back. Combined with eye contact, those mute signals provided the prior alerts and subtle course corrections necessary in the orchestra’s richly expansive run-through.

The grins were all around. 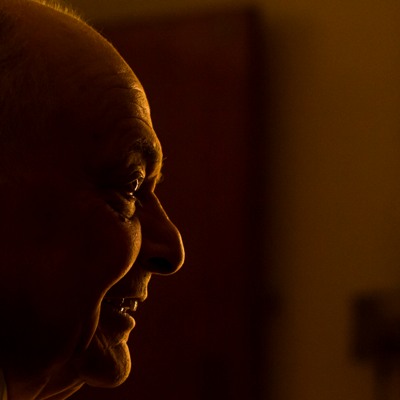 The very next day Beethoven’s Symphony No. 3 “Eroica” was readied in similar fashion for immediate performance. These were the third interpretations of each masterwork that the CSO musicians had undertaken in two weeks’ time — the first being Edo de Waart’s classically inclined approach back at Chicago’s Orchestra Hall, the second Osmo Vänskä’s driven accounts in Taipei. All three maestros were substituting one way or another for CSO music director Riccardo Muti, who fell victim to a bout of the flu and then a hernia flare-up requiring surgery that forced him to cancel two weeks of subscription concerts and the entire Asia tour.

Maazel flew in overnight from New York City for the Hong Kong concerts, an arduous trip for one of any age, but he seemed invigorated by the music-making at hand, even telling the orchestra that their Brahms together made it “worth flying all those hours.”

Rehearsals are done now. Only concerts remain in Shanghai, Beijing, Tianjin and Seoul. Maazel, who sits in rehearsal and stands in performance, will work atop a hastily customized podium — with a third riser providing a smidge more height, the better to see everyone. 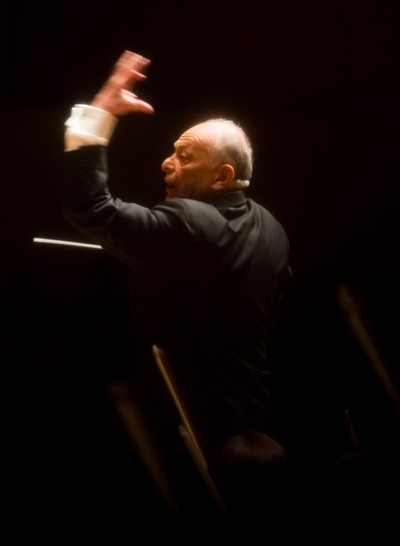 “He hasn’t changed much,” said CSO assistant concertmaster David Taylor, who was hired by Maazel straight out of Juilliard for his first job in the Cleveland Orchestra 43 years ago. “I told him that yesterday. It’s sort of ridiculous, really. He’s like 50, a bit slower perhaps, but the same mind is there, the same aesthetic, the same hands. He’s impervious to travel, too. He sleeps well on the plane, apparently, and arrives fresh.”

With a conductor like this, an orchestra is inclined to go a long way. Readying a few encores, Maazel warned the musicians to be on the lookout for his sudden acceleration in the first phrase of Brahms’ Hungarian Dance No. 1. “I spent too many nights in Hungarian music clubs,” he quipped. “After a while it gets to you, and you want to capture some of that.”

Likewise, Maazel’s Mozart Symphony No. 41 (“Jupiter”) seems quite slow and reflective by today’s standards, although the sound is gorgeous. You feel yourself being pulled into the plush textures of another era, when the instruments of the violin family were strung with silk and gut and the world was defined by curves instead of sharp angles. The string players seem to sink into their sound, and at the slower tempo the music’s inner workings come alive.

Still, it’s … slow. Good thing there are a few more cities on this tour. Perhaps after a while, Maazel’s gemütlich Mozart will work its way into me, too. 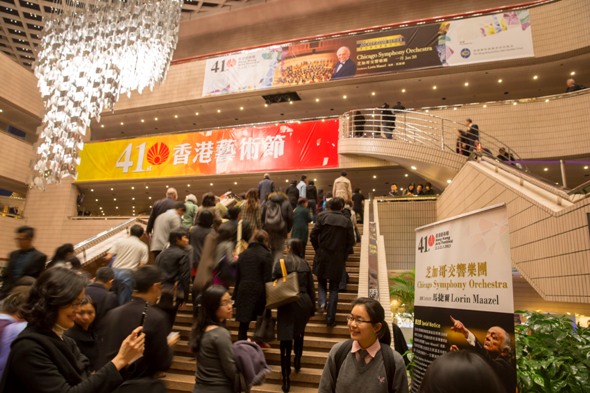 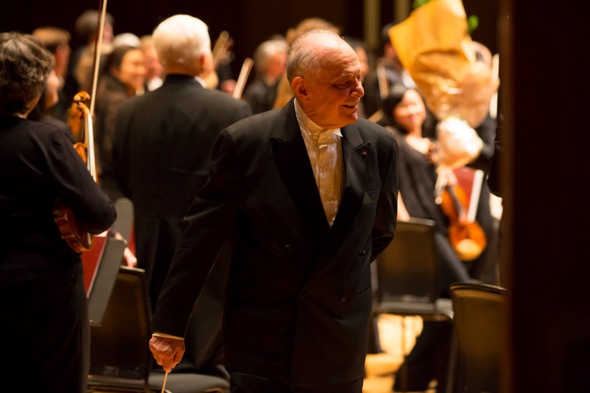