Preview: Among seven spring shows, Broadway in Chicago also will present the world premiere of New York-bound “Big Fish” and the drag costume extravaganza “Priscilla, Queen of the Desert.”

You could hardly blame Eileen LaCario, vice president of Broadway in Chicago, for the exhilaration in her voice as she ticked off the spring lineup of touring shows coming to the Windy City. After all, at the moment she was speaking, in late December, B’way in Chicago had two major hits playing simultaneously – “The Book of Mormon” and “War Horse” – and she’s banking on the spring slate to keep that bright light ablaze. 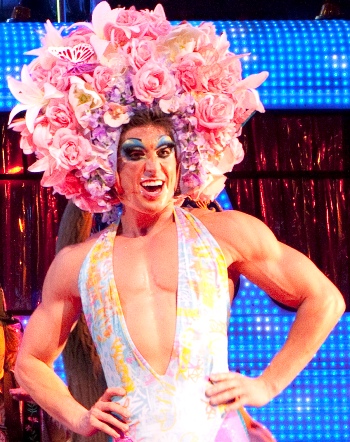 Leading off the season’s second half, in early March, will be the Broadway-bound revival of the musical “Jekyll & Hyde,” featuring “American Idol” star Constantine Maroulis as the man with the darkly divided personality and R&B singer Deborah Cox as the woman the better part of him loves.

Then it’s the glitzy, riotous musical “Priscilla Queen of the Desert,” which LaCario sums up as “entertainment beyond belief.” The Australian outback gets a dose of cultural shock when three drag queens take their fabulously costumed show to a resort.

Also coming our way is the world premiere of another musical with its sights on Broadway, “Big Fish,” starring Norbert Leo Butz as Edward Bloom, a man whose life seems to be fabricated from the tall tales he loves to tell.

It’s an extremely diverse collection of shows B’way in Chicago has assembled for the weeks ahead, a variety that reflects LaCario’s take on her public: “I think Chicago audiences like to experiment.”

Related Link:
Photo captions and credits:  Home page and top: Constantine Maroulis portrays the psychologically split character of Jekyll-Hyde, with Deborah Cox as the woman who thinks she knows and loves the man. Descending: It’s all about the costumes in “Priscilla, Queen of the Desert.” (Photo by Joan Marcus) Stephen Anthony plays Frank Abagnale — here in one of  his many guises, as an airline pilot — in “Catch Me If You Can.” (Troika Entertainment). Erich Bergen and Rachel York head the cast of “Anything Goes.” (Photo by Joan Marcus) The Jets try to keep their cool before a rumble in “West Side Story.” (Photo by Carol Rosegg)