‘Fundamentals’ at Steppenwolf: Downstairs at posh hotel, no Up button for the service crew

Review: The time is right for “The Fundamentals,” a sly new play by Erika Sheffer now upstairs at Steppenwolf. With mega-corps in the news for claiming ignorance of malfeasance so widespread it involves thousands of workers — while simultaneously selling the perfume of lofty company ideals — Sheffer zeroes in on the souls who draw the paychecks and suffer the joke. ★★★

‘Constellations’ at Steppenwolf: Of relativity, and the infinite outcomes of boy meets girl

Review: Life isn’t like a box of chocolates. It’s more like a roll of the dice, suggests playwright Nick Payne in his touching romance “Constellations,” now on crisp and credible view at Steppenwolf Theatre. In fact, viewed on the space-time continuum, the possibilities of life and love might be as variable as infinite throws of those ivory cubes. ★★★★

News Release: CHICAGO (January 21, 2016) – Steppenwolf Theatre Company announced today the opening of a new café & bar and 80-seat theater in the building at 1700 N Halsted St., which is connected to its existing main lobby. Slated to open in Spring 2016, the café & bar space will be a warm neighborhood hub serving artisanal coffee, espresso and tea by La Colombe by day while gradually moving to traditional bar service for the evening hours. 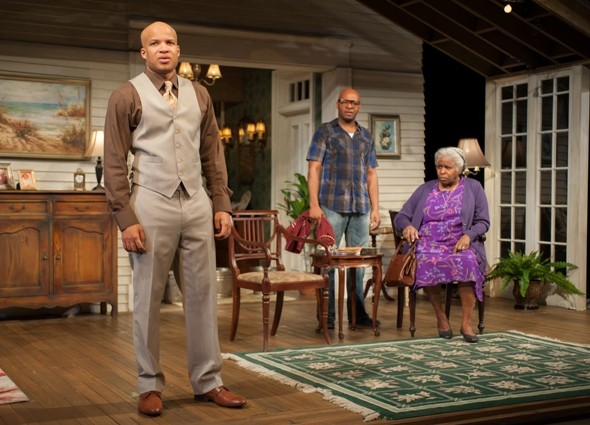