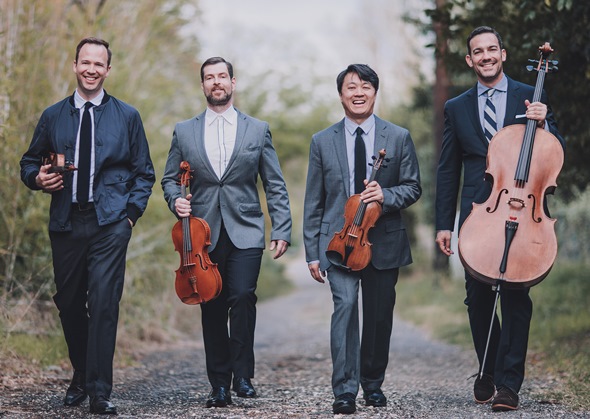 Recall, if you can, four musicians sitting in the same space playing a complex and compelling work, recreating art that peers into who we are as a human collective. With every such experience now deconstructed to a Zoom pastiche, it seems quite remarkable and wonderful indeed to contemplate the Miró Quartet’s forthcoming cycle of the Beethoven string quartets, performed not just live but together, within the same physical boundaries.

Over four long weekends, July 16-Aug. 8, the Miró foursome will traverse Beethoven’s monumental quartets in a live feed from the group’s hometown of Austin, Tex., where they are artists in residence at the University of Texas. The 12 concerts will be ticketed with three options: per event ($20), half the series ($90) or the full cycle ($120). Each roughly hour-long performance will remain available to viewing for 24 hours. Tickets are available for purchase here. 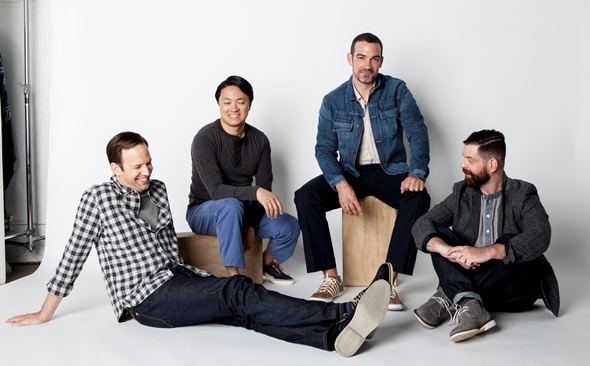 Celebrating its 25th anniversary season this year, the Miró Quartet’s live project revives the worldwide celebration of Beethoven’s 250th year abruptly terminated everywhere, as if in mid-bow stroke, by the specter of COVID-19. The foursome has plowed Beethoven’s imposing terrain many times. Last fall, its cycle of the complete string quartets was released on the Pentatone label. This streamed cycle is being produced under the aegis of the Orcas Island Chamber Music Festival in Washingston State, where the Miró is also quartet in residence.

“Playing these amazing quartets has been one of the great privileges of our career together,” said cellist Joshua Gindele, whose collaborators include violinists Daniel Ching and William Fedkenheuer and violist John Largess. “It’s always fascinating to hear them all in one organized setting. There’s an electric excitement in playing all 16 in a really concentrated time frame, like four or five days, but the way we’re doing them here, spaced over four weekends, will allow us and listeners a more expansive opportunity to absorb the incredible content of Beethoven’s creativity.” 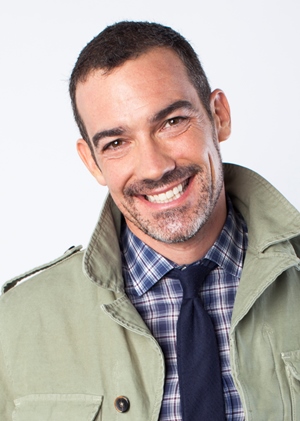 Cellist Joshua Gindele: Playing the Beethoven quartets “has been one of the great privileges of our career.”

Leading off the three final concerts will be the Quartet in B-flat, Op. 130, with its gnarly and controversial original finale, the Grosse Fuge, Op. 133 (Aug. 6).

The next night brings the Quartet in C-sharp minor, Op. 131. The series concludes Aug. 8 with the Quartet in F major, Op. 135, and a reprise of the Quartet in B-flat, Op. 130, this time with the alternate finale that Beethoven subbed for the Grosse Fuge at the behest of his publisher.

Early, middle and late, Gindele sees the Beethoven cycle as a narrative of the composer’s life, both artistic and private.

“The Op. 18 quartets are the work of a hot-shot young composer who arrived in Vienna as a virtuoso pianist, someone already starting to push the boundaries of musical form – and certainly trying to one-up Mozart,” the cellist said. “But you also hear his frustration and sadness as he becomes increasingly aware that he was losing his hearing. The fourth quartet, in a minor key, displays so much pathos, even anger.

“When we leap ahead to the next group of quartets, Op. 59, we suddenly find ourselves in a completely different place. These are huge, ambitious works that leave behind the idea of the string quartet as parlor music. This is challenging music meant for professionals. When he got to the concentrated intensity of Op. 95, Beethoven frankly said it wasn’t intended for the general public at all.” 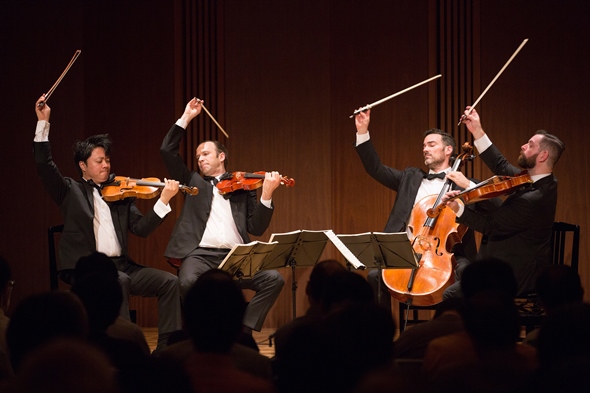 The Miró Quartet has made several journeys through the Beethoven cycle. (Naoya Ikegami for Suntory Hall)

As Gindele observed, Beethoven’s last five works in the form, generally referred to as the Late Quartets, took the composer to a transcendent place.

“By the time he got to the Late Quartets, Beethoven had all but abandoned other genres. The string quartet became the vehicle to express his most profound emotions. It was the place that felt the most artistically and spiritually authentic to him. And with each of those very personal works, he broke boundaries again.”