‘Don Giovanni’ at Lyric Opera of Chicago: Surprise title-role change to heat up the drama 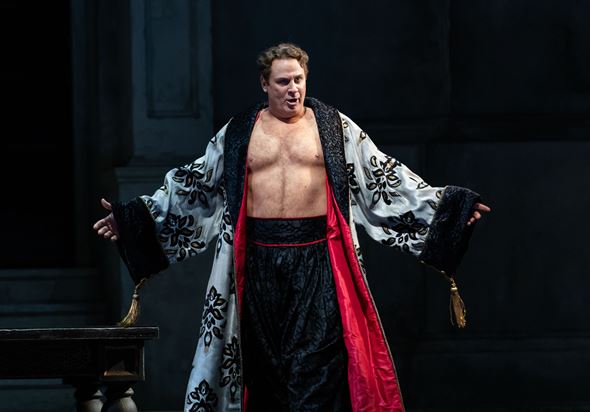 The rake (Lucas Meachem) suits up for his next conquest in Mozart’s “Don Giovanni” at Lyric Opera. Ryan McKinny takes over the role Dec. 3. (Kyle Flubacker photos)

Review: Star of “Dead Man Walking” will step into Mozart’s opera in December after scheduled replacement cancels. Through Dec. 8. ★★★★

What began as a routine change of cast for the title role in Mozart’s “Don Giovanni” at Lyric Opera of Chicago, with baritone Lucas Meachem giving way to a scheduled replacement for three final performances in December, became a really intriguing development Nov. 25 when the next man up, Davide Luciano, was reported indisposed: The replacement’s replacement will be Ryan McKinny, the vocally and dramatically riveting killer Joseph De Rocher in Jake Heggie’s “Dead Man Walking,” which just closed at Lyric. 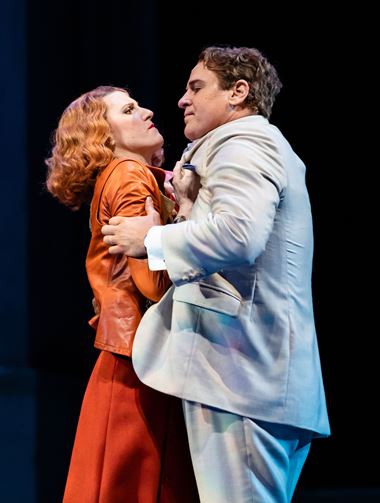 McKinny made his role debut as Don Giovanni only last season with the Houston Grand Opera. He has also recently performed two notable Wagnerian roles: Wotan in “Das Rheingold” at L’Opéra de Montréal and Amfortas in “Parsifal” at the Bayreuth Festival.

The business of reviewing is not pre-viewing, but I admit to being eager to hear – and see – what McKinny, so impressive in “Dead Man Walking,” brings to director Robert Falls’ concept of Don Giovanni as a mean-spirited, dangerous sociopath. A sort of Joseph De Rocher with money and nice clothes. McKinny will portray Don Giovanni at Lyric on Dec. 3 at 7 p.m., and in matinee performances Dec. 5 and 8 at 2 p.m.

Meanwhile, Lucas Meachem wraps up his fearsome run as the lecherous, unrepentant lady-killer (let’s at least assume that’s a figure of speech) Nov. 26 and 30. Falls’ notion of this Don Juan is hardly the elegant, seductive, insatiable womanizer whose conquests fill a bulging catalog – in Spain alone, a thousand three. No, this Giovanni is demonic, ruthless, monstrous. He doesn’t inspire a certain admiration in spite of oneself; he elicits chills. You can’t wait for the vengeful Commendatore to open the maw of hell for this hideous fiend. 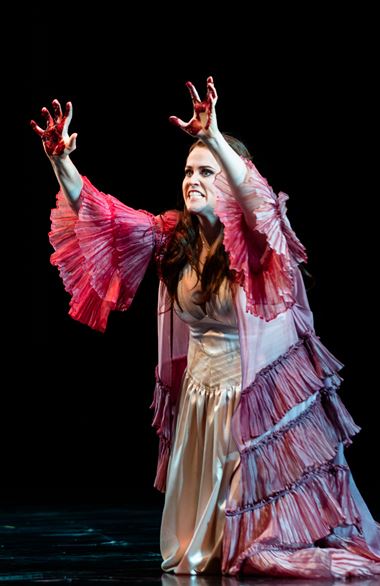 Donna Anna (Rachel Willis-Sørensen) has blood on her hands and in her eye after another outrage by Don Giovanni.

I’m reasonably sure Mozart, an assessor of the human heart and human foibles on a plane with Shakespeare, saw Giovanni in a more subtle light. The music tells us no less. But Falls comes at it with a heavy hand, and it’s at least to Meachem’s credit that he delivers a performance in keeping with that maniacal, obsessive characterization. Moreover, Meachem drives home his addictive Don with equal parts of dramatic intensity and vocal splendor.

Whatever may be said of Falls’ take on the main man, the director’s theatrical concept of the opera and its characters altogether is compelling, sharply drawn and empathic. Just as conductor James Gaffigan fashions an appealingly integrated and stylish musical whole, Falls likewise constructs a dramatically credible unity. Both objectives are well served by an engaged and vocally capable cast. This “Don Giovanni” is very good theater.

The women are stellar. Soprano Rachel Willis-Sørensen offers a Donna Anna as vulnerable as she is grand, a noble woman compromised by Don Giovanni but at the same time not all that sure that her betrothed, the feckless Don Ottavio, is such a great option. Like soprano Amanda Majeski as the seduced and abandoned Donna Elvira, Willis-Sørensen brings real vocal fire-power to a character sensible of her place but bruised in her heart and in her pride. 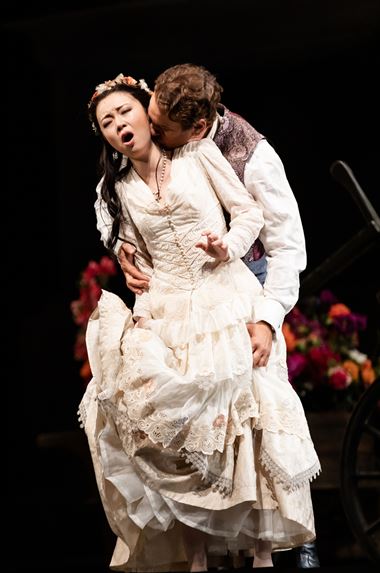 As the peasant couple whose impending nuptials provide a fulcrum of sweet pathos for the larger drama, soprano Ying Fang’s gullible Zerlina and baritone Brandon Cedel’s bull-headed Masetto keep this production rooted in solid earth with lovely vocal performances and nicely detailed acting. This is Mozart – again like Shakespeare – never missing an inflection of the human condition. On that point, baritone Matthew Rose delivers a bitterly funny – and warmly voiced – turn as Leporello, the rake’s much-abused servant and scorekeeper.

Walt Spangler’s rather sketchy sets, often leaving a great expanse of the stage draped in black curtains, leave an impression that’s less minimalist than budgetist – though one might say the variable sets are more than offset by Ana Kuzmanic’s altogether fetching costumes.

The Lyric Opera Orchestra sounded like the ensemble that has become very capable indeed in its two decades under the stewardship of music director Andrew Davis. The band played superbly for Gaffigan.