‘As You Like It’ at American Players Theatre: Romp in the woods with the Bard, and a twist 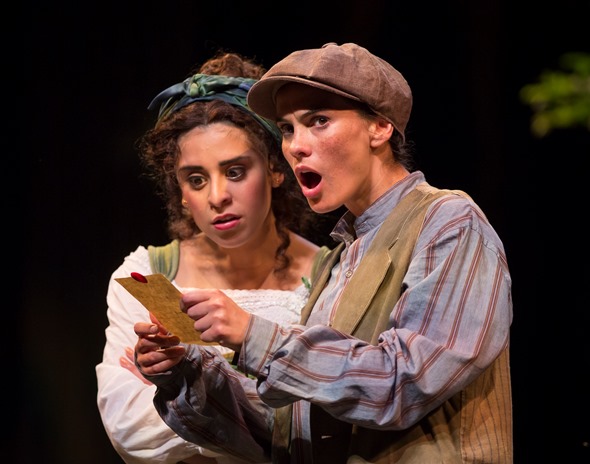 SPRING GREEN, Wis. – It’s a trifecta for women, two in traditional roles and another in a first for me: Shakespeare’s “As You Like It” at American Players Theatre with Melisa Pereyra and Andrea San Miguel as BFF Rosalind and Celia – and, in a stunning gender shift, Tracy Michelle Arnold as the cynical philosopher Jaques. 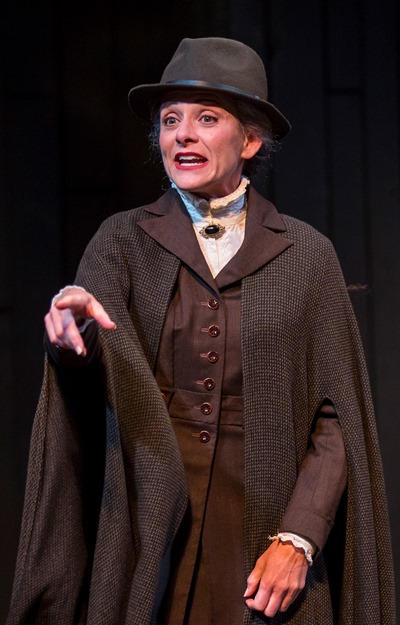 “As You Like It” is all about gender-bending. Rosalind, daughter of a banished duke, has been allowed to remain at court because of the sister-like affection she shares with Celia, daughter to the usurping duke. But when Rosalind comes under official suspicion and is likewise exiled, Celia resolves to fly with her to Arden Forest, the retreat of the banished duke.

To minimize danger, Rosalind disguises herself as a young man called Ganymede, with the now-alienated Celia masquerading as “his” sister named (what else?) Aliena. Thus, accompanied by the court fool Touchstone, they escape to Arden and the encampment of Rosalind’s father. Rosalind promptly discovers another new arrival, the handsome young Orlando, who has taken flight from his abusive brother.

This is not their first meeting, but rather their second: Much like Romeo and Juliet, they had fallen precipitously in love at first sight – though neither spoke of it – just before circumstances took a bad turn for both of them. Though Rosalind recognizes her new heartthrob, Orlando does not see through her male disguise. To get closer to the object of her passion, this faux Ganymede volunteers to counsel Orlando on the rigors of love and the true nature of women. As instructional method, she will have Orlando woo her with all the ardor he would summon were this fellow Ganymede in fact his beloved Rosalind. 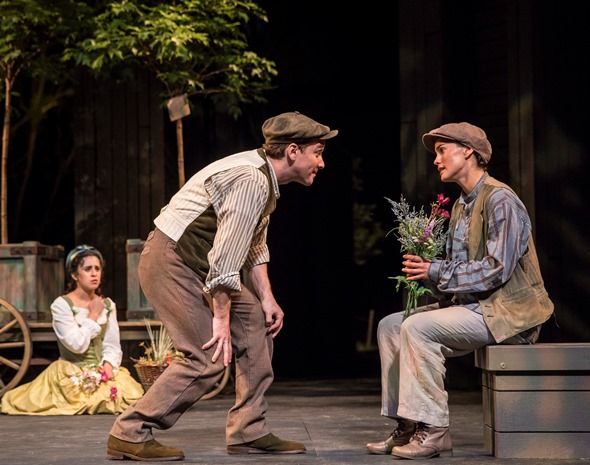 And thereby hangs the comical core of “As You Like It.” The banished duke (Rosalind’s father) and his companions, now reduced to camping in the woods, are warmly drawn characters who, like the local rustics, sustain a counterpoint to the romantic antics of dissembling Rosalind and unsuspecting Orlando. The bedazzled lad wanders through the forest decorating trees with bad verses to his absent love, who in fact stands before him. The whole company, nobles and lovers and shepherds, is charmingly attired by costume designer Robert Morgan.

Pereyra is an enchanting Rosalind, gobsmacked and instantly enamored when she first sees Orlando as a splendid example of young manhood, prevailing in a wrestling match against a notorious opponent. When fate soon brings them together again, Rosalind’s borrowed manliness affords Pereyra generous opportunity to suffer in heartfelt silence as she elicits passionate testimonials of love from the beguiled Orlando. It’s delicious, steaming fun played out in the coals of flaming youth. 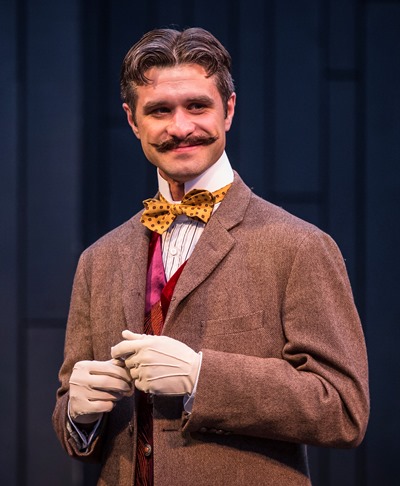 And Andrea San Miguel, as this Ganymede’s “sister,” provides the sober foil – the straight man, so to speak – needed to set off the absurdity of the swooning Rosalind’s game. As Orlando, Chris Klopatek cuts a worthy likeness of Romeo, his every thought of the lovely girl he believes far off, his every action committed to littering the woods with pages in her praise.

Which brings us back to the third woman at the center of this bucolic romp: Arnold’s turn as Jaques, one of Shakespeare’s most compelling characters though he is drawn with but a few strokes. Garbed and capped as Arnold is, her Jaques becomes an androgynous figure though specifically referred to as “she.” No matter: In Jaques’ great speech on the seven ages of man, Arnold evokes an aura of reflection and spontaneity that causes the viewer to listen with fresh ears – down to a last sadly breathed thought on one’s decrepit end, sans everything.

Somewhat less well considered is Marcus Truschinski’s sort of music-hall posturing as the slightly sardonic fool Touchstone. Director James Bohnen has updated the play’s setting to 1870, and this mustachioed, primly weeded Touchstone suggests a figure clipped from the pages of a 19th-century magazine. Touchstone’s ready earthiness doesn’t quite surface in his pursuit of a rustic wench, nor does his droll wit buoy the fool’s famous exchange with a shepherd on the blandishments and drawbacks of life in the outback.

Speaking of which, “As You Like It” was made for American Players’ outdoor, open-air theater with its “wings” extending into high grasses, rocks and trees. Indeed, one could imagine Michael Ganio’s stylized set design more generously embracing the surrounding lushness. But in hearts and minds, we are unmistakably in the woods, amid the burgeoning greenery of young love. 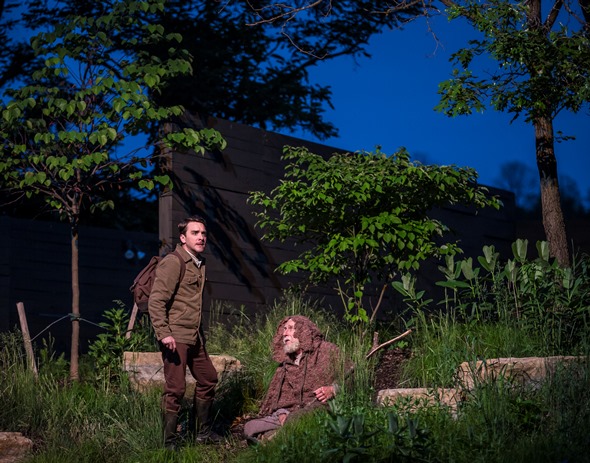