American Players settles in for second season on new stage: This summer, it feels like home 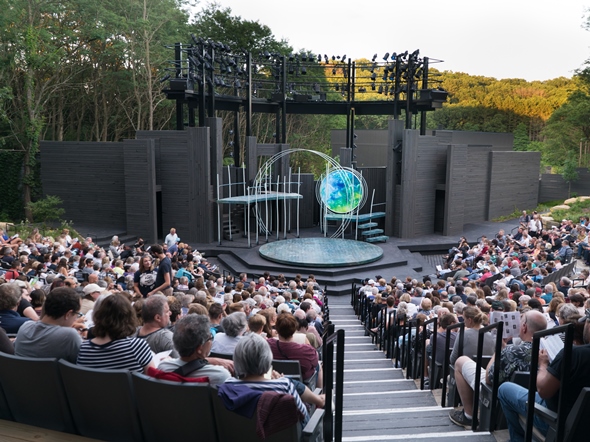 Preview: The bill is paid for $8 million reconstruction of its hill-top open-air venue, and APT kicks off 39th summer with Shakespeare.

If the novelty has worn off the new stage at American Players Theatre, which with its trap-laden floor opened last summer amid general euphoria, the charm can now begin to work its magic.

Or, as APT artistic director Brenda DeVita put it: “Last year, everybody wanted to use the traps, and this year nobody’s using them. Everyone is now settling into the new place as home.” 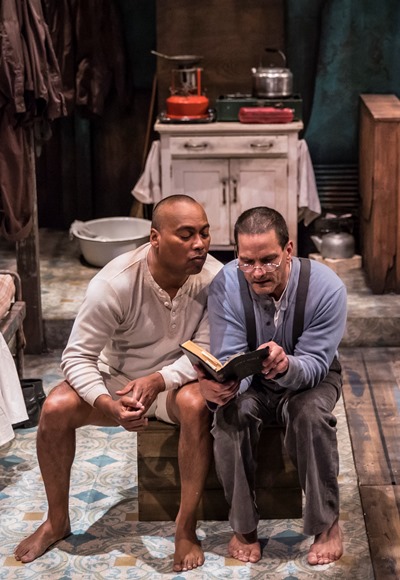 Open house 2018 begins June 16 when the company opens its 39th season with Shakespeare’s “As You Like It” on a stage whose reconstruction was the capstone of an $8 million renovation of the hill-top venue at Spring Green, Wis., about 30 miles west of Madison. As epilogue to that formidable project, APT announced that the entire sum has been raised: Its handsomely refurbished home is paid for.

“The flexibility it gives us – the creativity it inspires – can only continue to make the experience richer for our patrons and our artists,” said DeVita. “The plan for 2018 is to take what we’ve learned and hand it over to a group of directors who, for the most part, didn’t direct on the hill last season.”

Along with Shakespeare’s comedy, APT’s early flourish of plays at the 1,140-seat open-air Hill Theatre includes “Born Yesterday” by Garson Kanin and “The Recruiting Officer” by George Farquhar. Meanwhile, two productions will get underway in the intimate 200-seat Touchstone Theatre: “Blood Knot” by Athol Fugard and “Exit the King” by Eugene Ionesco.

Here’s a closer look at APT’s first flight of productions for 2018: