‘Pretty Woman: The Musical’ is film-familiar, brimming with talent and poised for B’way 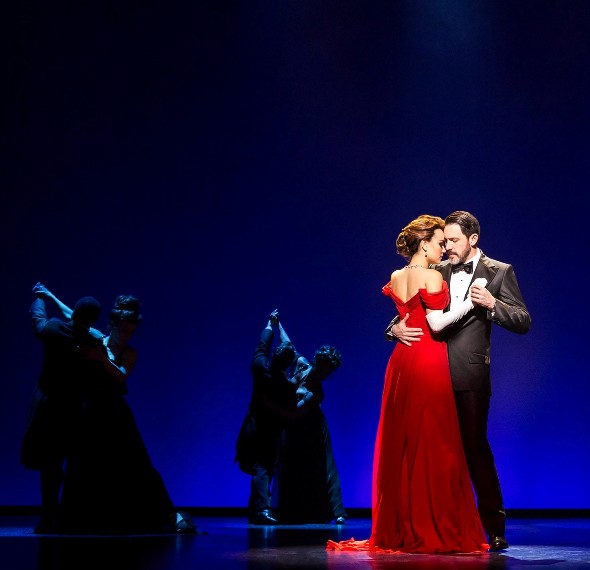 Review: “Pretty Woman: The Musical” with music and lyrics by Bryan Adams & Jim Vallance, book by Garry Marshall & J.F. Lawton, presented by Broadway in Chicago at Oriental Theatre thru April 15. ★★★★

You could hear the chuckles of recognition running through the Oriental Theatre audience when “Pretty Woman: The Musical” opened its largely delightful pre-Broadway run. It’s officially a world premiere that will play Chicago through April 15 before packing up for New York, where another round of development precedes the Broadway opening.

And while this story is a tale as old as time, to borrow a line from yet another “Cinderella” riff, the method of “Pretty Woman’s” transformation from the movie that half the American population has memorized line-for-line, into a staged production with entirely original music, is both reliably loyal in its adaptation and solidly mainstream.

If this promising musical can figure out now to nail the equivalent of a movie close-up on the personality of “inward” Edward, who needs an early number that establishes sweet-voiced Steve Kazee as “glamorously inward Edward” — as in “this is the most fascinating, and smartest, rich guy in the room although nobody really knows him” — then I think “Pretty Woman” will have a long life. Ask any female on the creative team. Oh, wait. There aren’t any. 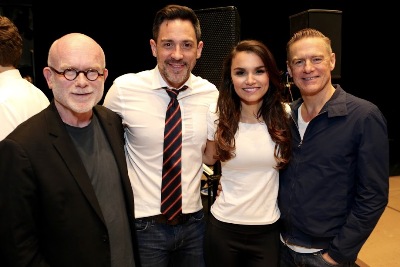 Otherwise, the music of legendary rock singer-songwriters Bryan Adams and Jim Vallance already brims with enough vitality and stick-in-your-ear motifs to indicate the show will probably meet the demands of Broadway audiences expecting their money’s worth in an age when a pair of tickets to a show costs way more than Vivian’s quaint night rate.

Happily, this Vivian is Samantha Banks, who is not only a beautiful, magnetic presence on the stage, but also freakishly exact in mimicking many of Julia Roberts’ signature moves. She is every bit the earthy girl next door, with a magnetic voice, and is likely to be a Broadway leading lady for years to come.

The mimicking of Roberts’ gestures and costumes is a rather playful choice by director Jerry Mitchell, who is working with a book by the late film producer Garry Marshall and screenplay writer J.F. Lawton to transform the story into a stage-worthy vehicle. In fact, there are so many iconic elements in the film “Pretty Woman” that I can imagine the audience developing some sort of live cult counterpoint to fill in the rest — like at football games or “The Rocky Horror Picture Show.” For instance:

Most of the really famous lines do get referenced, some with a wink to old tech — as in Edward’s “You’re on my fax” and Vivian’s “Well, that’s one I haven’t been on before.”  (It’s “You’re on my brief” now, fax having gone the way of the Lotus without the cult status.)  And it’s a big Yes to moments like “Welcome to Hollywood! What’s your Dream?” and  “Cindaf**kenrella!”  – lines uttered by two sensational supporting actors who have the moves, and the vocal chops, to light the whole place up.

Eric Anderson is magical as the wily fairy godfather who makes dreams happen. His first appearance – as the Happy Man on the street asking “What’s Your Dream?” – is a song-and-dance tour de force that lets you know this is going to be a lively show. Not only Anderson’s entire skeleton, but also his face, seems to be made out of rubber that can re-shape itself at will. And as soon as that acrobatic raggedy man peels off his rags – and his street moves – to reveal himself as the aloof and upright hotel manager Mr.Thompson, you get the feeling you should be on the lookout for him in every scene. A good idea, that. 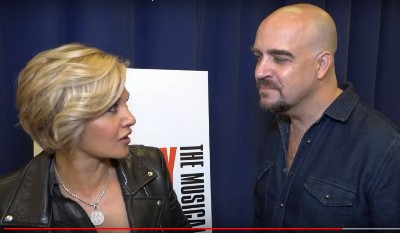 And then there is Orfeh as Kit, the tough broad with a beefy heart, whose sidekick role as Vivian’s buddy is enlarged to good effect. Ready with the throaty wisecrack, not to forget the knowing rock star strut, Orfeh is the star of the production number “Rodeo Drive,” a totally tongue-in-cheek take on Vivian’s shopping trauma. (A snapshot from a YouTube video in which Orfeh talks with Anderson about the upcoming show is at right. To view it, go here.)

Hovering just outside this inner circle are Jason Danieley as Edward’s mean-spirited partner Stuckey and Kingsley Leggs as the kindly shipbuilder and takeover target Mr. Morse. Both are featured in key ensembles – Danieley’s “Money Makes the Man” is the happy talk of Edward’s world, and Leggs’ turn with Vivian on the dinner club dance floor underscores his (and her) essential sweetness.

But the show as a whole doesn’t seem finished yet. The set pieces are sketchy, although you get the idea. The pace sags here and there, despite a cute opera scene with the gorgeous red dress and real opera voices. (Bravo to soprano Allison Blackwell and tenor Brian Calì – but please get composer Thomas Pasatieri back, or somebody like him, to finesse the cringing transitions in the “La traviata” bit. New York, like Chicago, is a bona fide opera town with a big crossover audience. You’ll get howls.)

Will there be a Lotus in New York? Will the producers give Edward his groove? Who knows? My bet is that many folks who see “Pretty Woman: The Musical” in Chicago consider making the trip to find out. 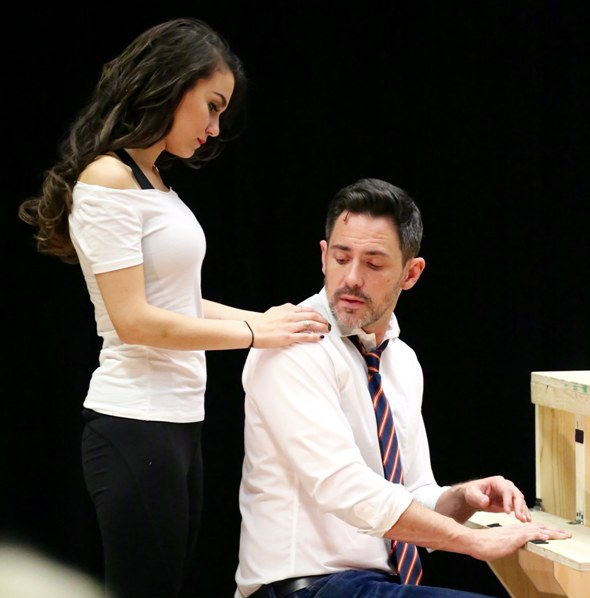