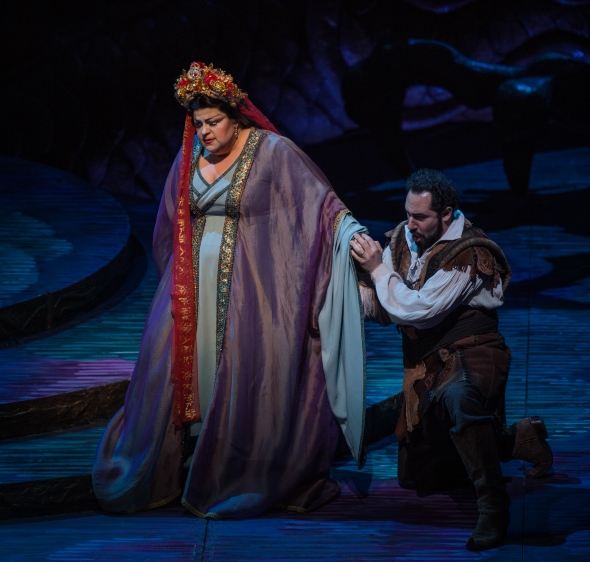 Review: “Turandot” by Giacomo Puccini, at the Lyric Opera of Chicago through Jan. 27. ★★★

A dark and mythical love story set long, long ago in an imaginary locale in China, Giacomo Puccini’s final opera, “Turandot,” has traditionally brought out the grand in grand opera. And so it does again in Lyric Opera of Chicago’s lavish production, which is dominated by a massive, eye-grabbing sculpture of a serpentine dragon that undulates across and through a steeply raked set with an array of other changing scenic touches. 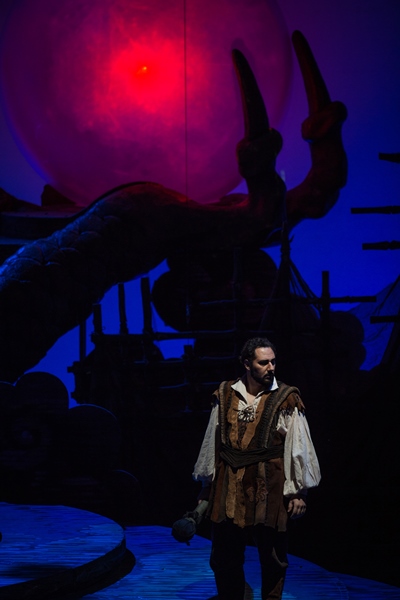 Allen Charles Klein clearly wanted to make a splash with this design (originally created for a quartet of companies, including the San Francisco Opera), and he does. But it is easy to wonder if the story’s basic humanity does not get at least partially lost amid the splendor.

Rob Kearley, who is making his directing debut at Lyric, ably captures the opera’s scale, exoticism and sheer theatricality, and he marshals the 12-member cast and 84-voice chorus to spectacular effect. The highly stylized staging makes sense given the fairy-tale character of the story and the pomp that is integral to this imaginary Chinese kingdom. An especially memorable moment is the nighttime opening of the third act, when the chorus is arrayed mostly out of view and the scene is highlighted by the bobbing of gently illuminated paper lanterns carried on poles by some of the singers.

In the title role, soprano Amber Wagner, a Lyric regular since 2007-08, delivered all the vocal power and agility that Turandot’s demanding coloratura music requires. Although not particularly convincing as an actress, Wagner nailed the high notes. The role is likely to become a signature vehicle for her.

Italian tenor Stefano La Colla, in his Lyric debut, hit his marks as Calaf, the prince who is willing to risk death to court the resistant princess. Colla turned in a compelling take on the famed aria, “Nessun dorma.” But little about his performance left much of a lasting impression. Italian bass Andrea Silvestrelli, another Lyric regular, offered a vocally solid Timur, the father of Calaf. 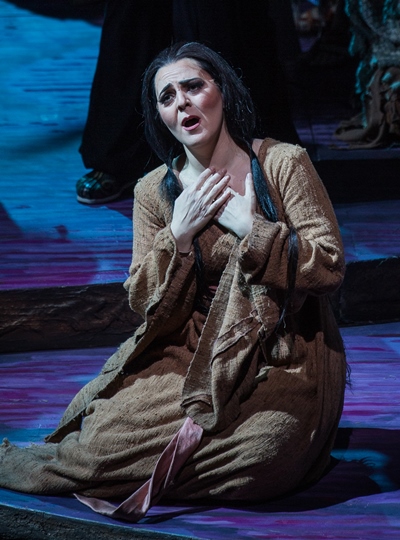 A clear standout was Italian soprano Maria Agresta, who made her Lyric debut as Liù, the slave and companion to Timur. (Janai Brugger takes over as Liù in January.) Agresta, who has sung this small but essential role with several other major companies, including La Scala and the Metropolitan Opera, displayed an appealingly pliant and expressive voice. She breathed life into the character and tenderly projected her kindness and strength.

In the lighting design of Chris Maravich, the sweep-around backdrop is bathed in changing fields of all-over color – no attempt at a naturalistic sky – and the stage is sometimes shrouded in exaggerated, saturated colors. A pervasive red light, for example, blankets the stage as the opera opens, apparently suggesting the blood that is about to be spilled as another failed suitor of the princess is beheaded – an allusion that seems too easy and obvious.

Even in this make-believe world, it is important to be able to identify with the characters as human beings, and that is where the production stumbles. It is difficult for any version of this opera to carry off the last-minute transformation of Turandot from an icy, even cruel, princess to a smiling, sympathetic lover, and that metamorphosis is not convincing here. Even the clownish ministers – Ping, Pang and Pong (baritone Zachary Nelson, tenor Rodell Rosel and tenor Keith Jameson) – come off as two-dimensional with little of the comic flair that some versions accentuate. 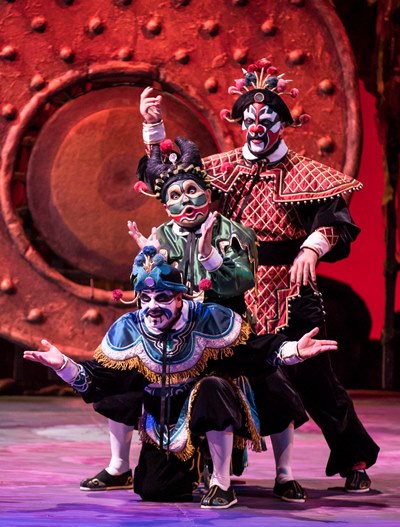 At the production’s musical peak are the Lyric’s first-class chorus (well prepared by chorus master Michael Black) and pit orchestra. The huge chorus fully inhabits the story, infusing every scene with energy and dynamism and singing with commitment and technical polish. Also deserving kudos is the Chicago Children’s Choir.

The Lyric Opera Orchestra is its absolute best here under music director Andrew Davis, powering the drama forward with rhythmic precision and propulsive pacing, and giving rich voice to Puccini’s evocative score. There are instrumental highlights aplenty, from ably handled solos to the keen playing throughout by the percussion section, which is especially on its game. 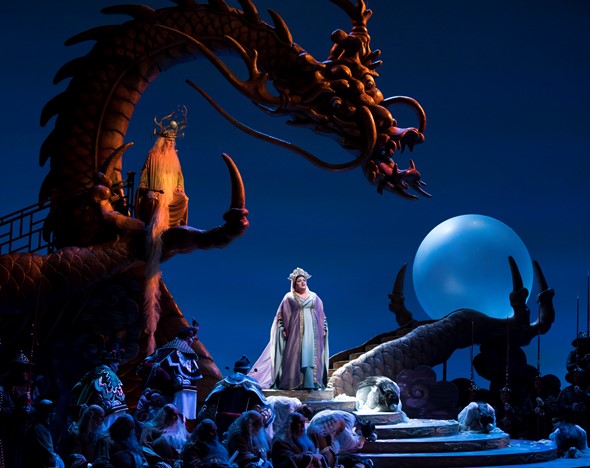