In magical return to its birth, APT embraces human heart of ‘A Midsummer Night’s Dream’ 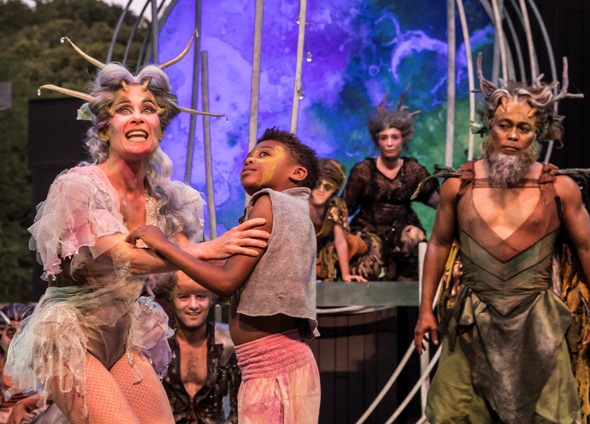 “A Midsummer Night’s Dream” by William Shakespeare, at American Players Theatre, through Oct. 8. ★★★★★

Is there a better way to fall under the spell of Shakespeare than through “A Midsummer Night’s Dream”? Not if it’s the current production under the stars by American Players Theatre, which will get the job done for ages 7 to 97 at the least.

APT’s Hill Theatre is but an afternoon’s drive from Chicago into the Wisconsin woods near Madison, nestled against gently rolling countryside near the Spring Green country estate of iconic 20th-century architect Frank Lloyd Wright. The company’s artists – more than a few of them based in Chicago – are uniformly proficient at finding the human warmth in Shakespeare’s comedy and at making the bard’s meaning clear in minute detail to contemporary audiences. 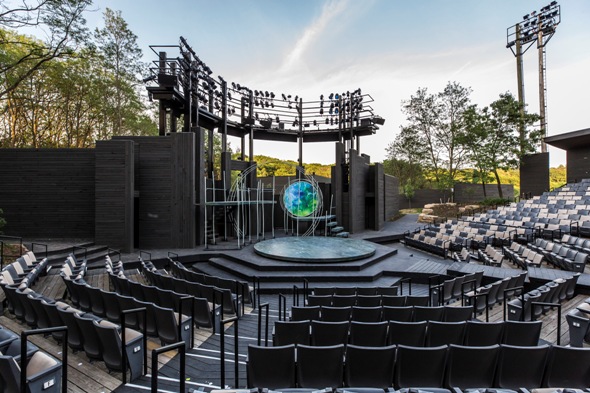 When APT opened, in 1980, this was the play the company chose for its debut. Little wonder that the players should select it again to celebrate their newly revitalized 1,140-seat outdoor arena, with much improved acoustics and a dizzying array of levels and trap doors for effects that are presto-change-o. And for any theatergoer who has yet to become enchanted with the English-speaking world’s greatest playwright, the production will be revelatory: The inhibiting filter of nearly four and a quarter centuries of changes to our spoken language just dissolves, as if by magic, in the custody of this talented troupe under the openly inviting direction of John Langs.

You can credit the impish fairy sprite Puck (Cristina Panfilio) for much of the fun. 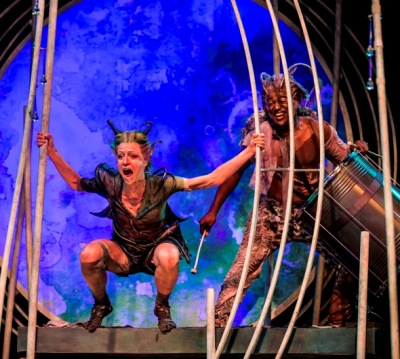 Panfilio’s Puck is grasshopper-nimble as the potion-wielding servant of the fairy king Oberon; Puck’s also our ready confidant in the mischief that sets Shakespeare’s comedy in motion. Miffed at his queen in a domestic spat, Oberon summons Puck’s assistance by way of some magic eye-drops that cause love at first sight, no matter how ugly or beastly the creature espied.

This is fine with Puck, who explains that “things do best please me that befall preposterously,” and the trap is laid for Oberon’s queen to wake and straightway dote on a donkey. But the quick-witted genie can also bollix things up. Costume designer Murell Horton gives Puck a pair of glassy wings that droop like a puppy’s ears at the first sign of things gone wrong; it happens often enough. 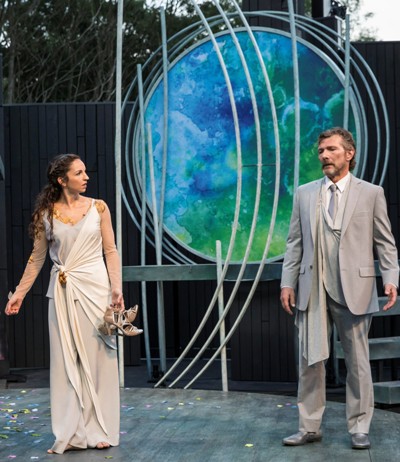 The play romps about among three additional story arcs:

The first is the impending marriage of the Duke of Athens to his war prize, the contemptuous former queen of the Amazons, defeated in battle. Talk about impossible relationships. The romance, if you want to call it that, isn’t going smoothly. (Jonathan Smoots and Laura Rook offer something quite rich and nuanced here, for anyone who hopes to grow wise.)

The second arc is a messy young-love quadrangle born of an era when fathers decided whom their daughters were to marry, on pain of death or the convent for disobedience. Thus Girl A (Hermia) is in love with Boy B (Lysander), but Dad insists on Boy C (Demetrius), with whom Girl D (Helena) is hopelessly infatuated. 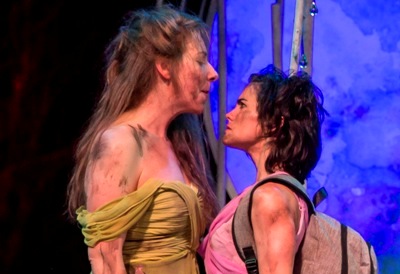 Okay, it’s old-fashioned, but is there a high-schooler who will not identify? Escape attempt and muddy catfight ensue. It’s a hoot to watch diminutive Melisa Pereyra and statuesque Elizabeth Reese shred each other.

The third thread involves a Shakespeare specialty – the antics of ordinary blokes, in this case a carpenter, a weaver, a bellows-maker, a joiner, a tinker and a tailor, who decide to put on a play for the Duke’s wedding. 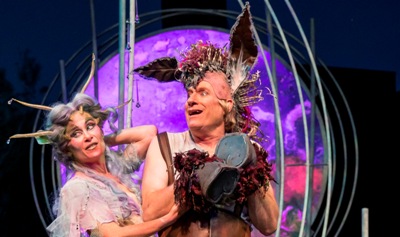 Their preparations, dripping in puns and malaprops, are interrupted when Bottom, the weaver, awakes with a donkey’s head and a fairy queen in rapturous pursuit. And thus all the stories begin to intertwine, with love careening one way and another, often eye-drop induced. John Pribyl’s ass-headed Bottom is hilarious, but really, the entire sextet is charming, and Casey Hoekstra’s Flute will touch your heart as the clumsy boy whose voice has not yet changed, stuck in a woman’s role, suddenly to emerge a star.

Director Langs’ endearing production balances darkness with delight, and from the start it involves a hearty handful of children, wonderful young actors who seem to call the play into being as if the entire event springs to life from their imagination. There’s an emphatic demand for audience foot-stomping and hand-clapping, revved up by the beat-driven choreography of Ameenah Kaplan. If you are in the audience, you’ll be putting your hands together long before the show comes to an end.

How do you design a set for a forest under a magic spell? Nayna Ramey understands there are no simple right angles where danger threatens – confusion and double meanings must abound. Ramey gives us an eerie living forest filled with winding stems and leafy textures that transform with the help of Michael A. Peterson’s lighting and Josh Schmidt’s mystical sounds. 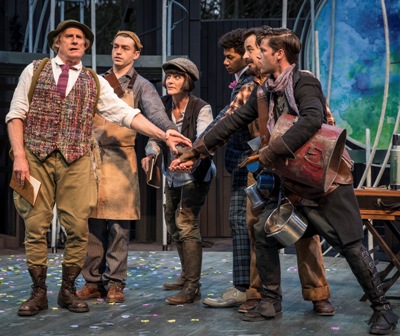 Murell Horton’s costumes add an extra jolt of fantasy – the swells are dressed in the distant present, their modern outfits graced with Grecian folds; the fairy creatures seem an extension of the shimmering woods by virtue of their threads of camouflage – like leaves and insects, they are both elusive and everywhere. Horton gives the rude mechanicals’ clothes extra-special attention: Snout the tinker, adorned in pots and pans, provides the show’s most resounding – make that clamorous – entrance to general delight. And Starveling may be a tailor on a shoestring, but dude, those duds, they definitely aspire.

At getaways from coast to coast, there is but a handful of summer troupes in North America who do Shakespeare really well, with the muscle and rhythm and hardy humor of his language fully intact. Fortunately for the Midwest, American Players Theatre is an outstanding example. 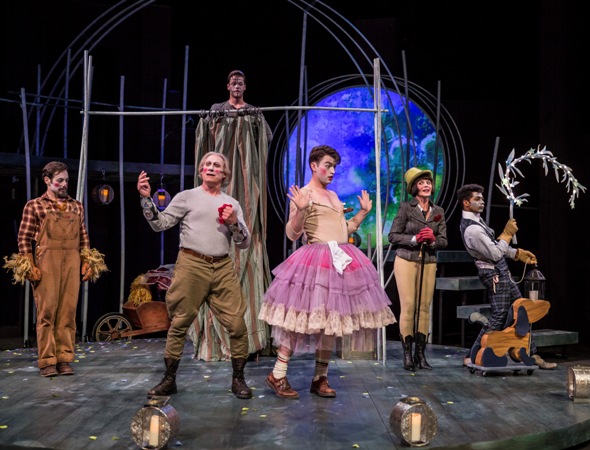