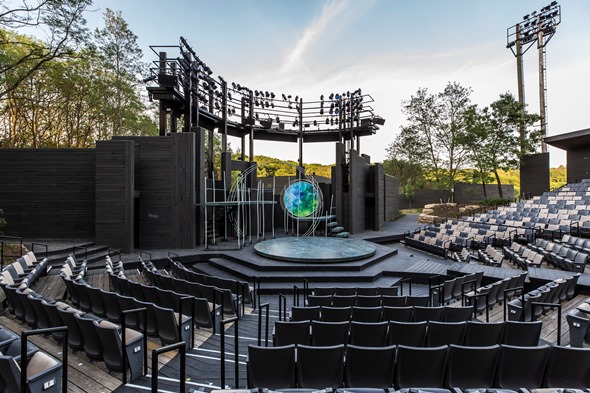 Preview: If there were a curtain, it would be rising June 17 on the Wisconsin company’s 38th season, book-ended by Shakespeare.

At the outset of its 38th season, American Players Theatre has the look of a company starting afresh. Its 2017 summer at Spring Green, Wis., about 30 miles west of Madison, opens on a brand-new stage, the centerpiece of an $8 million renovation of both production and public facilities.

“Our theater was literally falling down,” says APT artistic director Brenda DeVita. “All of us love this place, but we didn’t love how dangerous it had become to work on that (stage) structure. This renewal has given us, and our audience, a theater that is better is so many ways.” 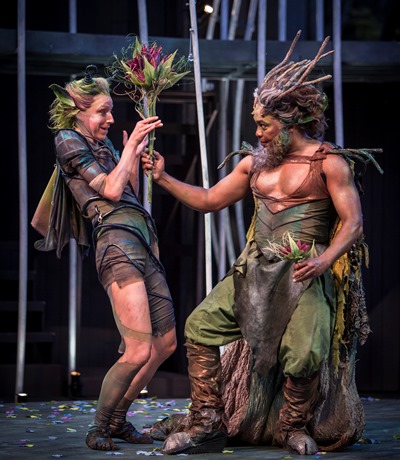 The renovation project focused on APT’s open-air hilltop arena formerly known as the Up the Hill Theatre. Henceforth, the 1,140-seat venue will be called simply the Hill Theatre. APT mounts its more intimate productions in the 200-seat Touchstone Theatre at the foot of that imposing hill.

DeVita stressed that the aesthetic of “a theater emerging from the woods” has been maintained. Like the former stage structure, the new one is also made from barn wood, but in a darker hue. Acoustics have been enhanced by the addition of a wall around the seating area with tipped-in extensions to help focus the sound.

The 2017 lineup is a familiar APT bundling of classic plays and Shakespeare, beginning and ending with the latter.

“We’re excited about dedicating our new space with ‘A Midsummer Night’s Dream,’” says DeVita. “That’s the very first show we did in our first season, in 1980.” Here’s an overview of American Players’ 38th summer: