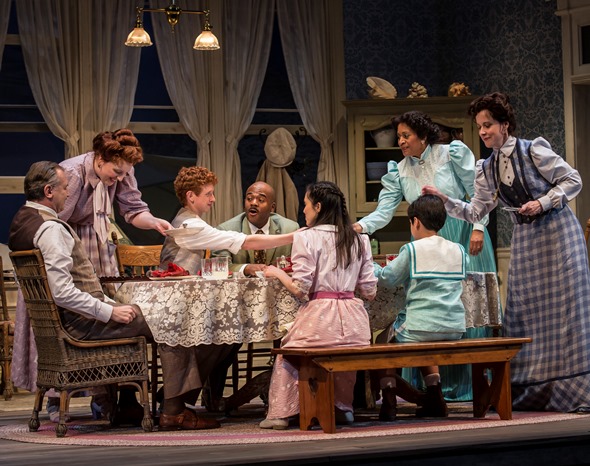 Fairly late in his career, Eugene O’Neill, that great purveyor of tragedy, penned a romantic comedy worthy of his darker plays. “Ah, Wilderness!” is that now-classic lark, and it once again bursts onto the stage at Goodman Theatre in a funny and affecting production that is arguably the crown jewel of Chicago’s theater season. 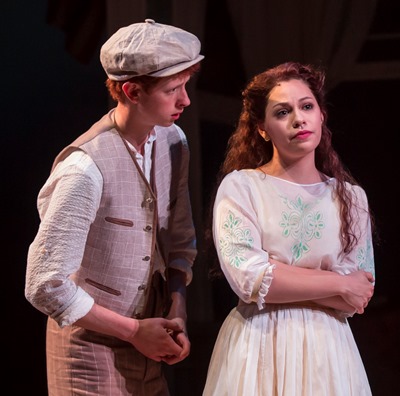 This altogether brilliant effort also serves as a fitting farewell for Steve Scott, a member of the Goodman artistic family for some 37 years and one of Chicago’s most gifted directors. Scott, who shepherded “Ah, Wilderness!” to its perfectly poised renewal here, relinquishes his position as producer at Goodman with the close of the current season.

O’Neill’s 1933 arabesque on coming of age and finding love within the security of a caring family remains a fascinating improbability. The playwright’s own life was hard from childhood, doused in alcoholic excess and mired in depression. Never mind that his plays brought O’Neill four Pulitzer Prizes and, in 1936, the Nobel Prize for Literature. “Ah, Wilderness!” is like a reverie, sweet and gentle, upon a yesterday only imagined.

The title comes from a quatrain of Edward FitzGerald’s translation of “The Rubáiyát of Omar Khayyám,” and it bears repeating here:

A Book of Verses underneath the Bough,
A Jug of Wine, a Loaf of Bread – and Thou
Beside me singing in the Wilderness –
Oh, Wilderness were Paradise enow! 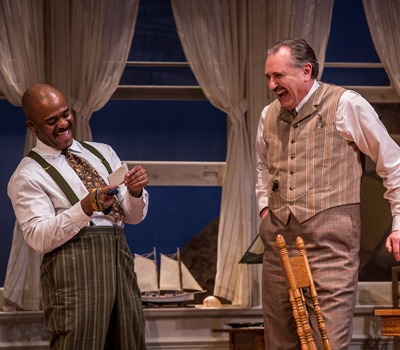 FitzGerald’s translation, in its definitive fifth edition, was published in 1889. O’Neill’s play is set in 1906, which means its 16-year-old protagonist, Richard Miller, scion of a small-town newspaper editor, has grown up with those scented and alluring verses in the air. Indeed, this bright, impressionable, literarily inclined teenager has taken to heart not only “The Rubáiyát” but also the lurid – if not wholly comprehended – writings of Algernon Charles Swinburne and Oscar Wilde, to say nothing of Karl Marx. Yes, young Richard is an ardent revolutionary, spouting borrowed lines and manning the theoretical barricades on every front. All within the sheltering assurance of home and family.

Niall Cunningham gives a disarming performance as Richard: outwardly confident, ever expostulating, love-struck, seriously inexperienced. He comes with a wonderful shock of curly red hair, a winning vulnerability and all the answers to life’s biggest conundrums. That he hasn’t actually had to grapple with any of them yet is a detail. 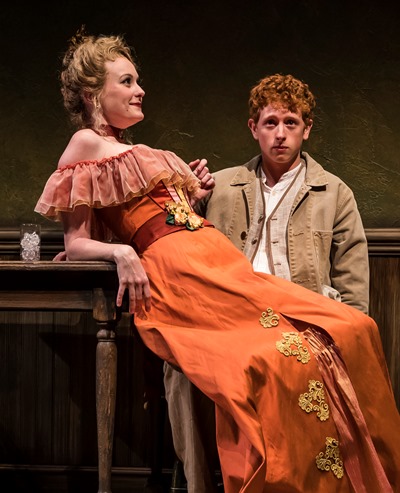 Richard is head over heels in love with Muriel (Ayssette Muñoz), but her father (Ricardo Gutierrez) becomes incensed by the suggestive poetry the boy has copied out for his daughter – and which her mother stumbled upon at the bottom of Muriel’s underwear drawer. When Richard gets a forced letter of rejection from Muriel, he sullenly repudiates life itself and throws himself into the arms of a ten-dollar tart (who will accept five).

OK, not exactly. In one of the play’s funniest interludes, Richard finds himself in a local tavern of ill repute, alone with an eager prostitute (the deliciously dopey Amanda Drinkall) who ends up sitting on his lap. Suddenly his big talk vanishes as he turns to stone. The would-be worldly kid has just discovered a whole new planet.

The tavern encounter is set as if in parentheses by designer Todd Rosenthal, whose saloon simply rolls out in front of Richard’s home – itself a splendidly detailed turn-of-the-century abode, albeit slightly upended in keeping with the craziness unfolding within its walls. 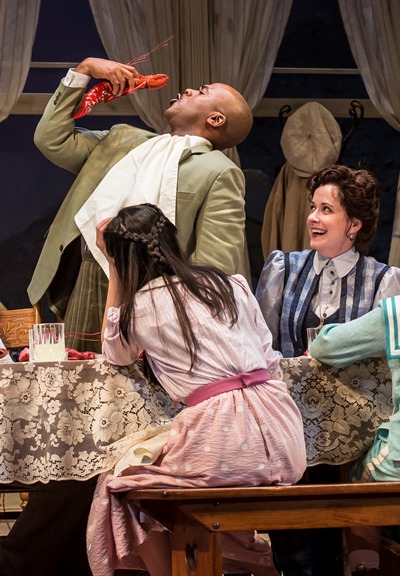 This warm-hearted play could just as well be called “Ah, Family,” and not with the usual wry twist of dysfunctionality. O’Neill’s happy if oddly constituted clan bears a strong resemblance to that wacky gang assembled by George S. Kaufman and Moss Hart in “You Can’t Take It With You.” It’s a houseful of unforgettable characters, and each one is sharply drawn under Steve Scott’s eye.

Randall Newsome and Ora Jones are credible delights as Nat and Essie Miller, parents of a brood that includes Richard and three siblings. Nat and Essie run a tight ship, though with an indulgent spirit. Among the prize moments is Newsome’s loopy, long-way-around attempt at explaining to Richard about girls.

Sharing the Millers’ habitat, apparently at some nominal rent, are Nat’s maiden sister Lily (Kate Fry in a captivating turn of few words but luminous presence) and Essie’s drunken brother Sid (Larry Bates as the nearest thing to a tragic figure in view). There’s a bittersweet aside here, as Fry and Bates continue to play out a long-running courtship between Lily and Sid that his dissolution will never allow to end well.

But we surmise that the future is bright for young Richard and sweet Muriel. In something of an extended pas de deux, the counterpart of Richard’s fright with the prostitute, Cunningham’s ardent lad and Muñoz’s sly lass do what lovers always have done: They fight and forgive, embrace and pledge their hearts.