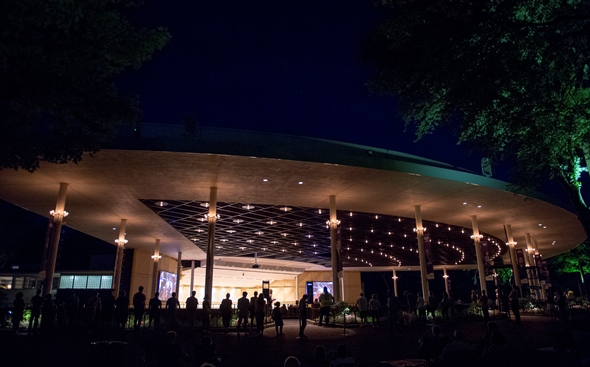 James Levine, former music director of the Ravinia Festival through 21 summes, returns this year to lead Haydn’s oratorio “The Creation.” That well may be the festival’s peak moment for the Ravinia faithful, but there’s a bountiful lineup of classical music to go with it. Along with the Chicago Symphony Orchestra’s regular stint, the 2017 festival will present a splendorous array of chamber and solo music, this year focusing on string quartets, piano works, and the music of John Adams.

Starting in July, the Chicago Symphony Orchestra takes up residence at Ravinia for almost six weeks. The season includes great symphonies, beloved concertos and some fare for those less classically inclined. 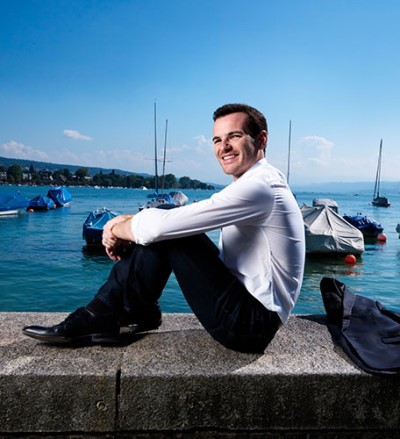 The residency kicks off July 11 with power and majesty as Yuja Wang plays Brahms’ Piano Concerto No. 1. The CSO, led by Lionel Bringuier, will also play the Ravel orchestration of Mussorgsky’s “Pictures at an Exhibition.”

This year’s annual gala concert on July 29 features violinist Itzhak Perlman, who replaces the originally scheduled Lang Lang. The pianist has been sidelined by an inflammation in his left arm. Christoph Eschenbach will conduct a program still to be determined.

Other top soloists collaborating with the CSO include violinists Joshua Bell (July 12) and Vadim Repin (July 20).Repin will play the Sibelius Concerto in D minor with conductor Susanna Mälkki, who also leads Beethoven’s Symphony No. 3 (“Eroica”). The next night, Mälkki presides over more music by those two composers: This time it’s Sibelius’ Symphony No. 2 and Beethoven’s Third Piano Concerto with soloist Kirill Gerstein. 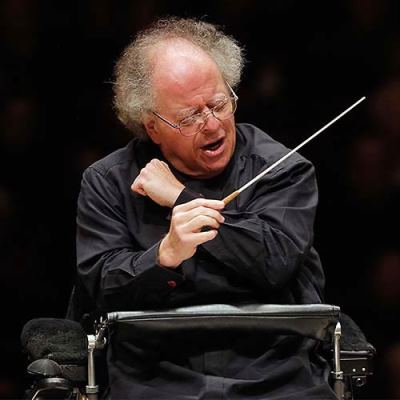 One of the 2017 season’s most anticipated highlights is an appearance on Aug. 8  by Ravinia’s conductor-laureate, James Levine, who was the festival’s music director for 21 years. Levine will lead the CSO in Haydn’s massive and mysterious oratorio “The Creation,” featuring the Chicago Symphony Chorus plus soprano Nadine Sierra, tenor Matthew Polenzani and bass John Relyea.

If you prefer something lighter, the CSO’s Ravinia pops offerings this year include a tribute to Ira Gershwin on Aug.13, conducted by Emil de Cou. And on Aug. 6 the orchestra presents “Mancini & Moon River,” a tribute to the Academy Award-winning film score composer Henry Mancini. Steven Reineke conducts guest flutists James Galway and Lady Jeanne Galway and vocalists Ashley Brown and Tony DeSare in famous melodies from such films as “Breakfast at Tiffany’s,” “Charade,” “The Pink Panther” and “The Great Race.” 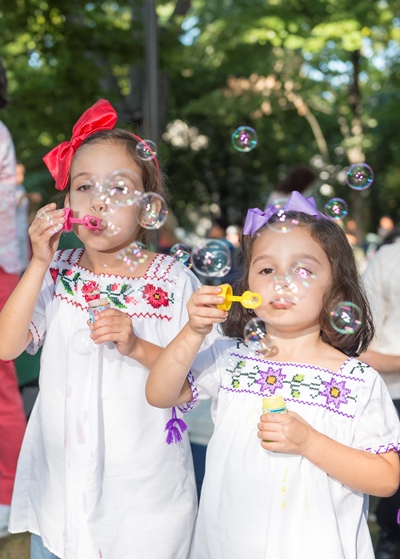 Hobbits, Dwarves, and Elves take over Ravinia at the end of the CSO’s stay Aug. 18-20, when all three of Peter Jackson’s “Lord of the Rings” films will be screened, with Howard Shore’s scores played live by the orchestra. The CSO’s mighty sound will be bolstered by the Chicago Chorale, the Chicago Children’s Choir, and the Lakeside Singers. Ludwig Wicki conducts.

There’s always a wonderful array of chamber concerts at Ravinia’s Martin Theatre. If string quartets are your cup of tea, this is the year for you. It’s a veritable string-quartet bonanza! 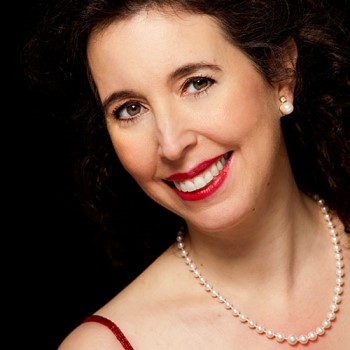 Other quartets stopping by Ravinia this year include the Juilliard, which will play Bartók’s Quartet No. 1 and Beethoven’s No. 13 (with the Grosse Fuge) on June 20, the Simón Bolívar Quartet presenting Haydn, Ginastera, and Shostakovich on Sept. 4, and the Danish Quartet playing Haydn and Beethoven on Aug. 2, with pianist Juho Pohjonen assisting for the Shostakovich Quintet. And there’s even more Beethoven on July 24, when the Emerson Quartet plays No. 11 in F minor (“Serioso”), then joins forces with the Calidore Quartet for Shostakovich and Mendelssohn string octets.

Violinist Chad Hoopes will team with pianist David Fung on Aug. 30 for a program called “John Adams: Road Songs.” Adams’ three-movement sonata, “Road Movies,” was commissioned by the Library of Congress in 1995, the end of a multi-year period when the composer felt for the first time that he had come to terms with “the challenge of writing melodically, something that chamber music demands.” Violin sonatas by Mozart and Beethoven round out that program. 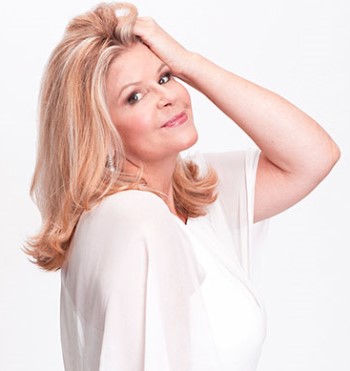 On Aug. 16 the Lincoln Trio plays Adams’ “Shaker Loops” as well as a Beethoven trio. Adams’ “Common Tones in Simple Times” and his Chamber Symphony are on an intriguing program by the Knights, a Brooklyn-based chamber orchestra with special guest mezzo-soprano Susan Graham on Aug. 17. The fare also includes works by Purcell, Cantaloube (featuring Graham), and Mozart.

Pianists rule Ravinia’s solo recital lineup this summer, with a range of virtuosos presenting programs at the Bennett Gordon Hall and the Martin Theatre. Those lucky enough to attend all of them will get quite a course in music history, from the Baroque through the mid-20th century.

Bach star Angela Hewitt plays his “Goldberg” Variations on July 17. Bach is also represented on the program of Croatian pianist Martina Filjak, winner of the 2009 Cleveland International Competition. She will play music Haydn and Liszt, including the latter’s piano transcription of Bach’s Prelude and Fugue, BWV 543, for organ. Filjak’s recital is Aug. 22. 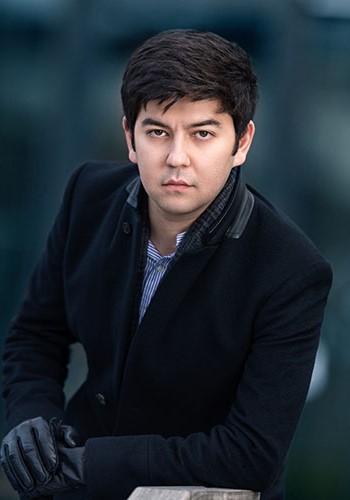 Two more recitals explore the Bach-Liszt connection. Behzod Abduraimov, from Uzbekistan, has included Bach’s Toccata and Fugue, BWV 565 (arranged by Busoni) and Liszt’s Soirée de Vienne No. 6 on his Aug. 21  program. On Sept. 5 Bryan Wallick will play both Bach’s “Italian” Concerto and Liszt’s Fantasy and Fugue on the Theme B–A–C–H as well as works by Brahms and Albéniz

Of course, there’s plenty of Beethoven. Jonathan Biss continues on his quest to perform all of Beethoven’s 32 piano sonatas in a three-year cycle. The 2017 segments of that journey include two marathon programs, with five sonatas each, on Aug. 15 and Aug. 17.

If the CSO’s substantial season at Ravinia leaves you wanting still more large-group encounters, there are some good options. 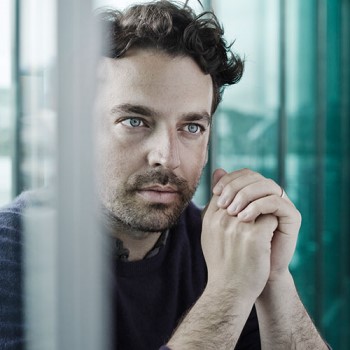 Switzerland’s Lucerne Symphony Orchestra will make its Ravinia debut with two concerts, both led by James Gaffigan, the orchestra’s chief conductor. On Aug. 22, Korean violinist In Mo Yang solos in Bruch’s Concerto No. 1 on a program that includes Rossini’s “William Tell” Overture and Brahms’ First Symphony. Gaffigan conducts Beethoven’s Symphony No. 4 on Aug. 23, when Behzod Abduraimov joins him for Rachmaninoff’s Piano Concerto No. 2.

For some perspective on where the orchestral tradition comes from, catch Apollo’s Fire on July 27. These Baroque specialists, with Jeannette Sorrell conducting from the harpsichord, will play two works by Vivaldi – the Concerto for Two Cellos, RV 531, and The Four Seasons – plus a concerto by Vivaldi’s Italian contemporary Evaristo Felice dall’Abaco.

On the other end of the time line, you could say that the Sept. 17 concert represents the future of orchestral music. Los Angeles Philharmonic music director Gustavo Dudamel, known for his passion for coaching young musicians, will conduct the National Youth Orchestra of Venezuela. What is sure to be a rousing program includes Prokofiev’s Fifth Symphony and various Latin-American works.

The 2017 Ravinia season runs from June 10 through Sept. 17. For the complete schedule and to buy tickets, click here.