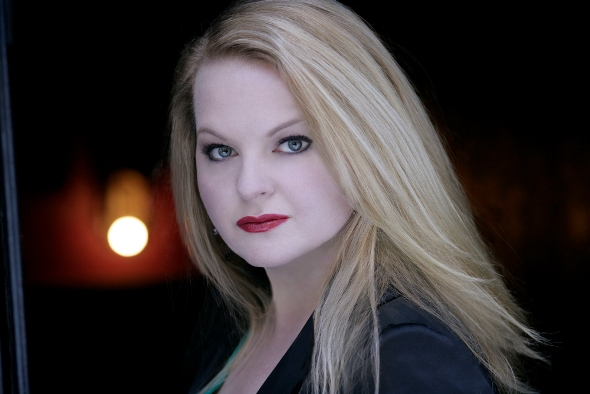 Interview: Enough with comedy. This singer, now featured in ‘Norma’ at the Lyric Opera, believes world is poised for major revival of coloratura-tinged drama, bel canto’s serious side.

At a recent luncheon, Lyric Opera of Chicago’s creative consultant and vice president Renée Fleming, an increasingly influential ambassador for the arts, spoke about the company’s Ryan Opera Center training department, and how critical it is to give the most gifted singers their intensive technical training and onstage experience as early as possible.

Fleming said Lyric’s expectation is that these emerging stars will leave the program equipped for success and come back to grace Lyric Opera’s stage often, and in their prime. 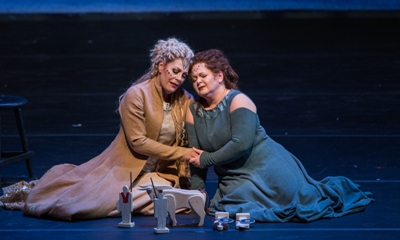 She might have been talking about Elizabeth DeShong, now starring at the Lyric as the young acolyte Adalgisa in Bellini’s “Norma.” Adalgisa and the Druid priestess she idolizes, (soprano Sondra Radvanovsky) discover that they are being two-timed by the scoundrel Pollione (tenor Russell Thomas) in the famous bel canto melodrama that puts singers through sensational histrionics.

DeShong is called a mezzo-soprano, but her actual voice type is quite rare – dramatic coloratura contralto – going both lower and higher than the mezzo-soprano label suggests. Think of her as baritonal with super-fast flexibility and a ready high C, and you’ll get the idea. She’s busy enough at it that her quirky one-a-day photo-blog “A Singer’s Suitcase” looks like the globe-trotting diary it is. Sly images and cryptic captions – some of them are scattered thoughout this story — leave you guessing about the time, the place, and the photographer’s playful state of mind. 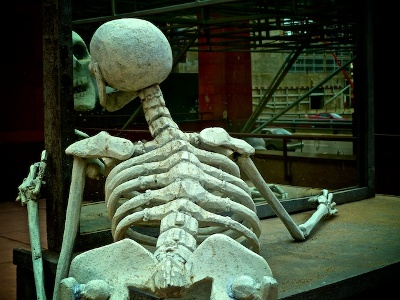 A powerhouse vocally and a smart actress into the bargain, DeShong has played the rambunctious boy in Humperdinck’s “Hansel and Gretel“ in 2012 at the Lyric, the doomed nobleman Orsini in Donizetti’s “Lucrezia Borgia,” and Cio-Cio-san’s fiercely loyal maid Suzuki in Puccini’s “Madama Butterfly” at the Met, San Francisco Opera. and (soon) at the Royal Opera Covent Garden.

And although she doesn’t want to share details, DeShong says she will show some of that range, along with a few torch songs, at the Lyric’s upcoming “Beyond the Aria” event on Feb. 21 on the Pritzker stage at the Harris Theater. It’s a delightful series that turns what most people think of as Millennium Park’s outdoor summer venue into an indoor cabaret space. The singers turn around to face the chorus bleachers, their backs to Pritzker’s glass curtain, and the audience gets to gaze out at the city lights. 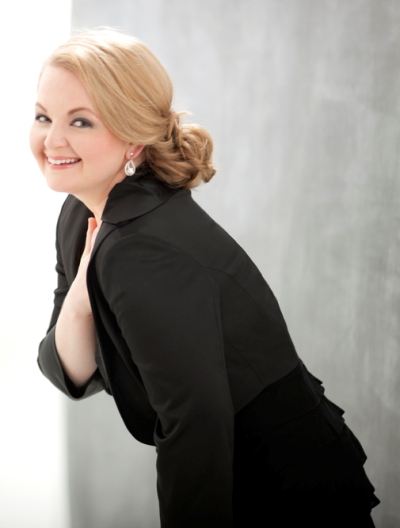 “Norma’s” tenor Thomas and Ryan Center bass Patrick Guetti will join DeShong at the “Beyond the Aria” event, where the singers traditionally kick back and let loose. “I’ll definitely belt a number or two,” DeShong says. “You might get a little Judy Garland. Bette Midler and Bernadette Peters were my first idols, so be prepared! One of my favorite pieces to perform was ‘Company’ at Oberlin as an undergrad – I got to sing ‘Here’s to the Ladies Who Lunch’ and channel Elaine Stritch.”

When DeShong applied to Juilliard as a prospective student, she was asked who her main inspirations were; without hesitating she blurted out Peters, Midler and Marilyn Horne.

“Who knows? That might be what got me in,” she says. “They must have thought I was not your usual cup of tea. But I didn’t know any better. It was truthful. What I took from those songs is that, even aside from all the gorgeous music and the vocal technique that it requires, they are really about character.

“My first goal is finding that emotion, making people feel, drawing people in, getting outside of myself to be with my audience. And as much as those numbers can be big and bawdy and ‘out there,’ they can also do the opposite at the other extreme, and that, paired with the vocalism, is exactly what it takes to sing opera. Getting those two things, having those goals in hand, is the ideal.” 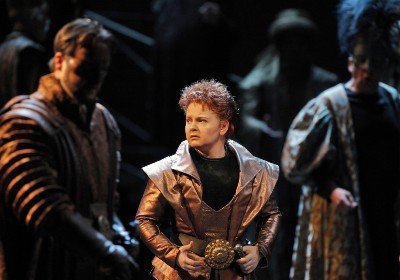 DeShong believes the opera world is poised for a revival of the big bel canto dramatic tragedies similar to the phenomenon of the 1950s when Maria Callas and Montserrat Caballé and Marilyn Horne were all on the rise. The lighter bel canto comedies have remained in the repertoire, often at the expense of the dramatic tragedies, she says:  “People are introduced to Rossini via something like ‘Barber of Seville,’ which gets done a lot because it’s easy to mount. And there is genius in it, but if it’s not performed at the highest level, it can seem antiquated, trivial, not even funny at all, and people are left with that as their impression of who Rossini is.

“But if those same people could go and hear dramatic Rossini, something like ‘Maometto II,’ which to me is Rossini at his best, you get a very different impression,” DeShong insists. “You hear the Verdi in it, and you see Rossini differently.” DeShong sang the role of the Venetian general Calbo in “Maometto II” at the Canadian Opera in 2016 to rave reviews and had friends who were not even aficionados telling her that it was their new favorite opera, better even than “Madama Butterfly.” 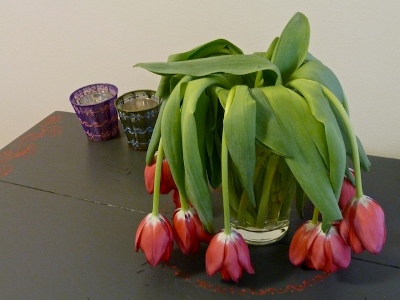 DeShong will be featured at the Met next season in Rossini’s “Semiramide” alongside Angela Meade and Javier Camarena. The opera is being staged there for the first time in 25 years. Dramatic bel canto operas can be hard to cast, DeShong admits, “but now we have a handful, maybe two handfuls, of singers who can do this. As long as you have one of each type who are capable of the acting and the singing, then these operas sell themselves.”

The Chicago Symphony has announced that DeShong will make her CSO debut in April 2018 under Riccardo Muti, who has commissioned CSO violist and composer Max Raimi to write a song cycle for mezzo-soprano and orchestra based on lyrics by the Chicago-based, German born poet Lisel Mueller, now in her nineties.  “I haven’t seen it yet,” DeShong says, “but I am excited that I get to offer my own ‘first take’ on a piece.” 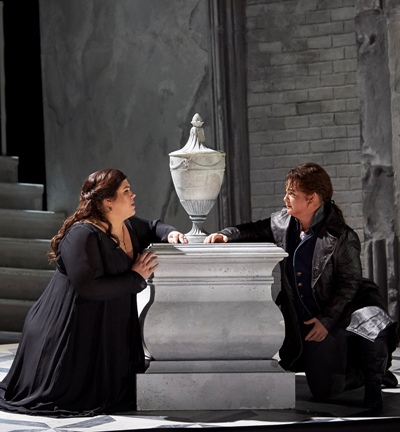 Although she has already sung some Wagner – DeShong was the First Norn in “Götterdämmerung” at the Met in 2013 – she says it’s too early for the heavier vocal roles she will someday sing, including Verdi’s Eboli and, yes, even the contralto role of Erda, Wagner’s goddess of wisdom, in the “Ring” cycle. “But I am in no hurry,” she says. “I want a career. I’m very careful to not go too far too soon, to stay as young as possible for as long as possible. It makes a lot of sense for me to sing Hermia in Britten’s ‘A Midsummer Night’s Dream’ and Suzuki, which I love, and lots of Rossini – Angelina and Rosina and Calbo.

“Rossini is my comfort zone right now. It keeps me in top form because it asks so much of musicianship and technique, yet it doesn’t task the voice too much. I don’t want to rush into things you maybe can’t come back from. Why skip this step of singing this beautiful music when I have the ability to do so?” 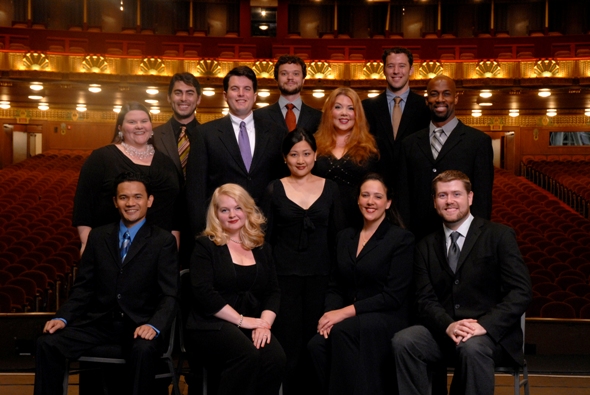 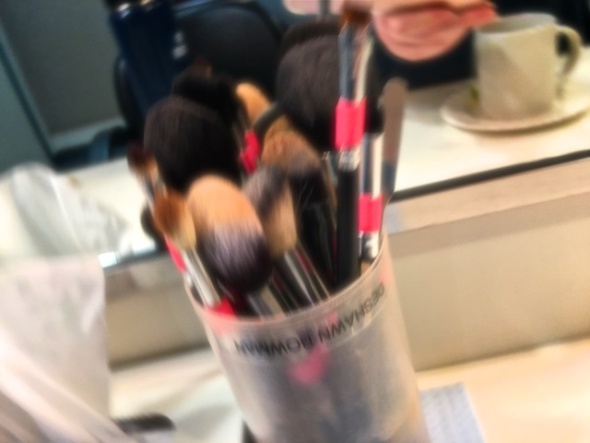