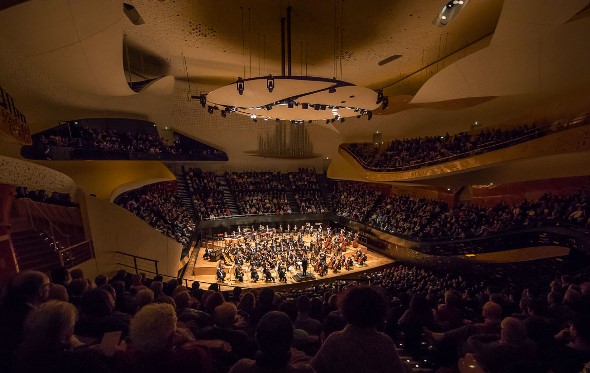 PARIS – The Parisians made their assessment quickly about the matchup of the Chicago Symphony Orchestra and the Philharmonie, the city’s splendorous two-year-old concert hall. That judgment, delivered by a packed house, was loudly affirmative after the first piece on the Jan. 13 program conducted by music director Riccardo Muti. And it only grew more raucous as the night went on. 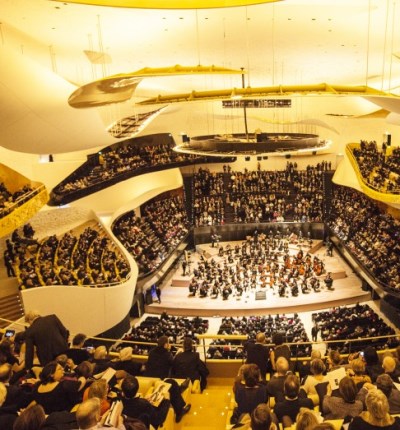 The Paris affair launched the CSO on a European tour that would move directly into two brand-new halls – in Hamburg and Aalborg, Denmark – before stops in notably older and quite famous venues in Milan and Vienna. Final concerts take the orchestra back to Germany for  in Baden-Baden and Frankfurt.

Even for this universally acclaimed orchestra, the Paris reception was impressive. Chances are, French audiences encounter Hindemith’s rather cool-tempered Concert Music for String Orchestra and Brass no more frequently than their American counterparts; which is to say, this brilliantly virtuosic music is hardly the sort of thing most audiences come fired-up to hear. But the CSO’s blazing performance, crisply articulated in the Philharmonie’s precise acoustics, drew whoops of approval.

From that margin of the standard repertoire, Muti and company proceeded straight to another off-center item, Elgar’s opulent essay “In the South,” delivering a luscious performance that elicited so sustained a roar that I half expected Muti to strike up a pre-intermission encore. 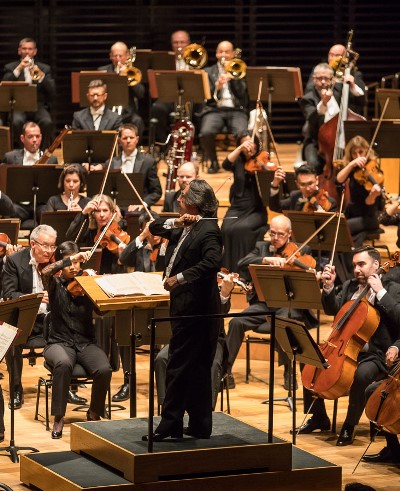 And small wonder. Elgar’s luxurious score might be taken for a paean to Richard Strauss, so pervasively does it reflect the composer of “Don Juan” and “Death and Transfiguration.” It was an ideal showcase for the CSO’s glowing string sound — with a meltingly beautiful solo by assistant principal violist Li-Kuo Chang — as well as the cadre of lyrical woodwinds and radiant brasses. And implicitly, all that sonic glory showed off the superb acoustics of the Philharmonie.

Located on the northeast side of Paris, on the campus known as the Cité de la Musique, the Philharmonie sits on the same plaza as the modern Conservatoire de Paris. The new concert building designed by architect Jean Nouvel showcases a 2,400-seat main auditorium shaped by acoustician Harold Marshall. Large, gracefully contoured “clouds,” sculpturally inflected walls and curvaceous upper balconies isolated from the rear walls all contribute to a sound that is spacious, warm, balanced and specific.

Muti and company had ample opportunity to get a feel for the Philharmonie in a day-long rehearsal. That elaborate sound-check seemed to pay off increasingly as the Jan. 13 concert moved into its second half, with an arresting performance of Mussorgsky’s “A Night on Bald Mountain” in Rimsky-Korsakov’s gorgeous orchestral setting. 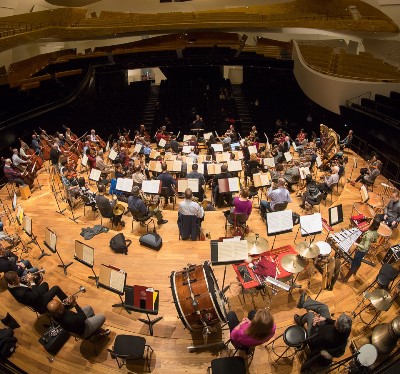 Here was a more serious, intimate and probing take on what might typically be regarded as a pot-boiler, a pops romp. All the musical fire was there, the wild satanic revelry on these remote, dark and ominous slopes; but there was also something quite solemn in Muti’s restrained and pointedly mysterious approach to the work’s quiet episodes, especially an ending in day’s half-light. All of which lent the music an aura of metaphor — of a dream-state and of turbulence dissolving into repose, not out there but rather within a restless soul.

None of this finely brushed musical portrait was lost on the Parisians, who lit up the Philharmonie with their cheers of appreciation. A most extraordinary response to a work that can sound almost cartoonish, not to say Disneyesque, in other hands.

Yet, speaking of portraiture, the best was still to come: a performance of the Mussorgsky-Ravel “Pictures at an Exhibition” that lifted an ultra-familiar tone poem to the level of grand narrative symphony. 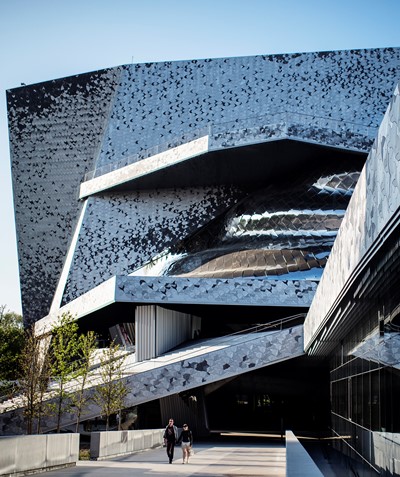 And nothing on the program so conclusively demonstrated the Philharmonie’s acoustical finesse as the delicate gestures, meticulous voicing and sheer power with which Ravel framed Mussorgsky’s parade of images. For the Chicago Symphony, it was a promenade of virtuosity, led off by the solo proclamation of principal trumpet Christopher Martin.

Here one really must tip the hat to Muti, who even in the previous day’s rehearsal was still honing the contours and inflections of “Pictures,” a work he and the CSO could deliver in their sleep. But that is exactly the point: They played it in full wakefulness, full alertness and awareness of its still to be revealed possibilities. To judge from the reception the music received, the French found something quite fresh in it as well.

Amid the clamorous ovation, Muti now played his audience a bit. The stormy applause turned to insistent rhythmic clapping. The conductor returned to the stage, singled out his many wonderful solo players, acknowledged the incredibly disciplined sections – and exited again. But the audience didn’t give up. No one made for the exits. Then the maestro returned, went directly to the podium and announced an encore: the Overture to Verdi’s opera “The Sicilian Vespers.” This potent prelude, quite a drama in itself, touched off another wild and crazy ovation.

Muti waved goodbye. Next stop: Hamburg, where just days after an official ribbon-cutting the Chicago Symphony would be the first visiting orchestra to play in the glamorous and very expensive Elbphilharmonie.