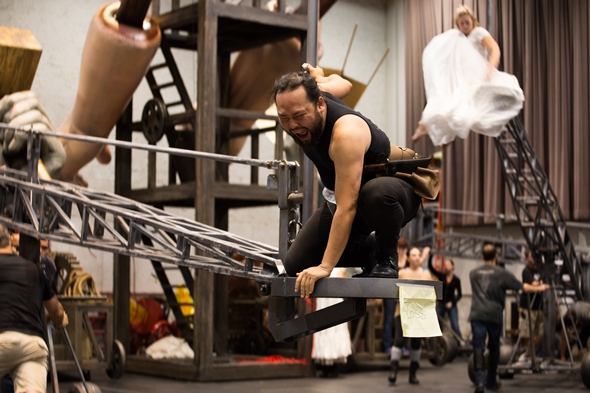 Andrew Davis, music director of the Lyric Opera of Chicago and conductor of the company’s new four-year “Ring” cycle, which gets underway Oct. 1 with “Das Rheingold,” speaks with resolute pride about the focus of this prodigious enterprise.

“We all wanted very much to make sure the characters were the most important thing,” says the maestro. “The famous Met ‘Ring’ was more about the set than anything else. Our is less high tech, but the storytelling is seriously done and the relationships between characters is paramount.” 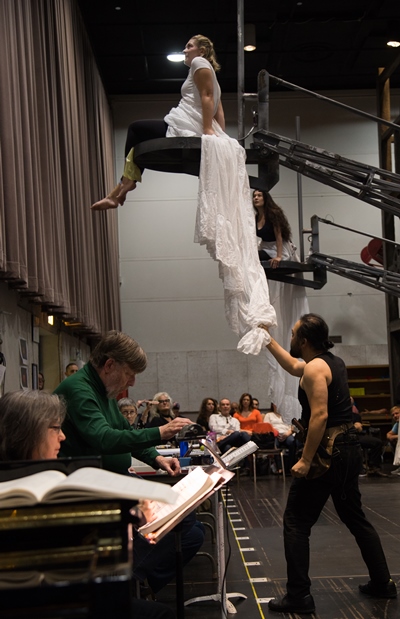 Those human connections – channeled in the way Wagner’s Norse gods reveal their all-too-human inclinations toward jealousy, greed, envy, lust and power – are expressed chiefly through the German composer-librettist’s calculated fusion of text and music in this four-part operatic monument.

The Rhine gold in question is a magical lump guarded by three mermaids who are perhaps not all that concerned about anyone taking their treasure from its watery repository: After all, its unlimited power, when forged into a ring, is conditional upon the claimant’s forswearing love. Now who’s going to do that?

Enter the coarse, unsightly gnome Alberich, who dallies with the Rhine maidens long enough to see that they will have none of him, whereupon – not unlike Shakespeare’s Richard III – he declares that if he can’t have love, he’ll take power, and instantly makes off with the gold. Thus is set in motion the most ambitious epic in operadom, a work of some 17 hours’ duration divided into four distinct works the creation  of which occupied Wagner for 25 years.

“Das Rheingold” serves as prelude to what will become, well, many things. It is at once an epic love story (actually two) and a parable of the dire consequences of over-reaching greed – to which a long history of stage directors have added any number of symbolic interpretations. 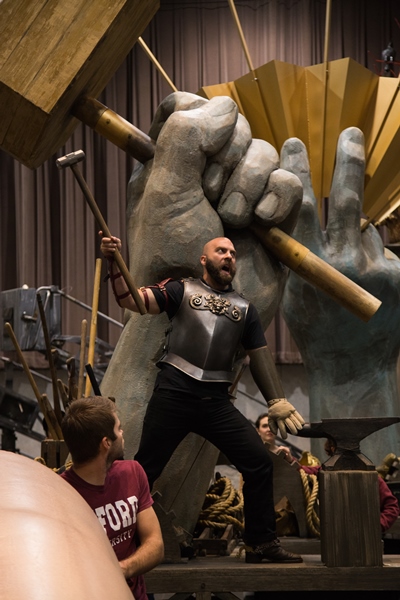 As Davis points out, this dramatic praeludium also sets up the musical menu of associative themes that will be recalled and intertwined to accentuate the winding narrative that lies ahead.

“Because it is expository, ‘Rheingold’ is stylistically much simpler than the rest of the cycle,” Davis says. Though Wagner completed “Das Rheingold” in 1854, the remaining operas would occupy him for another two decades.

“What’s going on later Wagner tells you in musical subtext,” the conductor says, “but that sort of layering doesn’t apply in ‘Rheingold.’ In fact, from an orchestral standpoint, it’s really quite spare, with very little of the complex contrapuntal writing that’s prevalent in the three later operas (‘Die Walküre,’ ‘Siegfried’ and ‘Götterdämmerung’). In ‘Rheingold,’ you often find characters singing with only a bass line for accompaniment and without harmonies.”

Ah, the characters. What a collection of human types they are, though gods all: Wotan (Eric Owens), chief of the gods, who has hired two giants, Fasolt (Wilhelm Schwinghammer) and his brother Fafner (Tobias Kehrer), to build the splendid new castle Valhalla; Fricka (Tanja Ariane Baumgartner), Wotan’s wife and the protector of marriage; Loge (Štefan Margita), a fiery magician who serves as Wotan’s counselor – and Alberich (Samuel Youn), whom we meet again when Wotan and Loge descend into the gnome’s subterranean world bent on stealing the all-powerful ring. 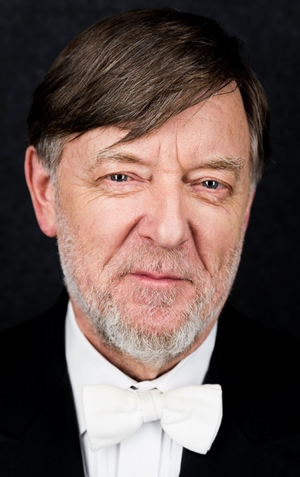 “When Wotan and Fricka appear, we see pretty much straight away the complications of their relationship,” says Davis. “And Alberich isn’t just a black villain. He actually feels passion and desire, but he’s overwhelmed by the idea of the power the ring will give him. His torment when he’s captured is genuine: He realizes he has lost everything, power and love. And there’s barbarity in the giants’ music, which I think is more about their anger (at being stiffed by Wotan) than their seven-league boots.

“It’s a primitive story with a bare-bones quality. Wagner made a deliberate attempt to tell the story directly, using every kind of textural possibility, including the simplest. ‘Walküre’ shows much greater subtlety and complexity, and there the gods become more human and are more affected by humans.”

But “Rheingold” is indeed primordial. The opera’s marvelous orchestral prelude evokes the world’s slow coalescence from nothingness into shimmering, verdant form. And the first creatures we see are the three Rhinemaidens, singing — joyfully, innocently, oblivious in their watery Eden. Four operas later, all that will come crashing down in a catastrophic end to the gods.

At two and a half hours, “Das Rheingold” is surely the longest one-act opera ever written, and the demands on Wagner’s grand orchestral force – 91 musicians in the pit here, plus four onstage “anvil” percussionists – are exacting in this transparent music. 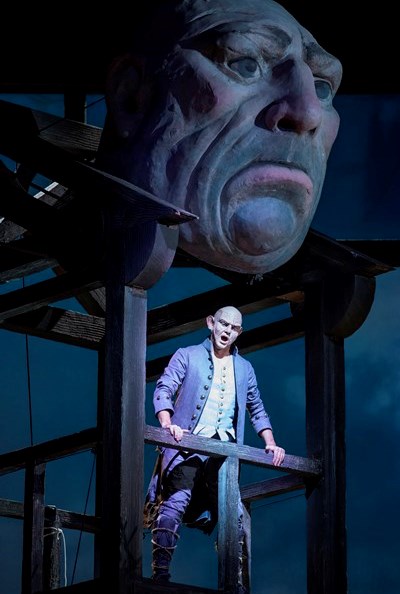 “Among other things, you need eight terrific horn players,” says Davis. “The lyrical horn writing in ‘Rheingold’ is one of Wagner’s greatest contributions to orchestral music. But the orchestra altogether has to be able to turn on a dime to pull off the many jumps in dynamics. The upper strings face their own virtuosic challenge in the magic fire music. And the woodwind colors must be characterized with great personality.”

If the Lyric production directed by David Pountney doesn’t aspire to the technical wizardry of the Met’s visual extravaganza, Davis promises that it will be amply imaginative and entertaining.

“We’re using all sort of traps and the Rhine maidens will be swooping around on hoists,” he says. “The crew consists of actors and dancers as well as stage hands, all visible as they move scenery around. The giants are represented by towers on each side of the stage with gigantic hands and arms. I don’t want to give away too much, but it will be whimsical at times, and fun to watch.”