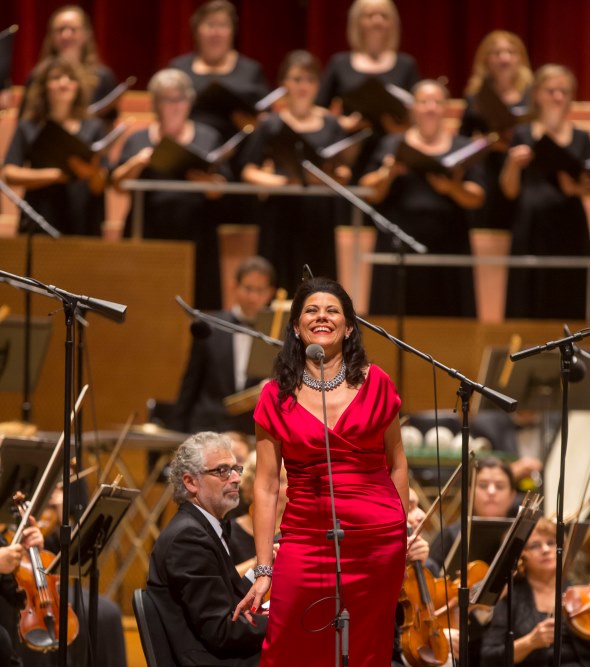 A concert exhibition of “Stars of the Lyric Opera,” which brought down the curtain on this summer’s musical fare at Millennium Park on Sept. 9, offered a promising augury of the Lyric’s impending season, which opens Oct. 1 with Wagner’s “Das Rheingold” – herald of the company’s planned “Ring” cycle.

Singers from the Lyric performed selections from a wide range of operas, including four works the company will bring to its stage during the 2016-17 season. 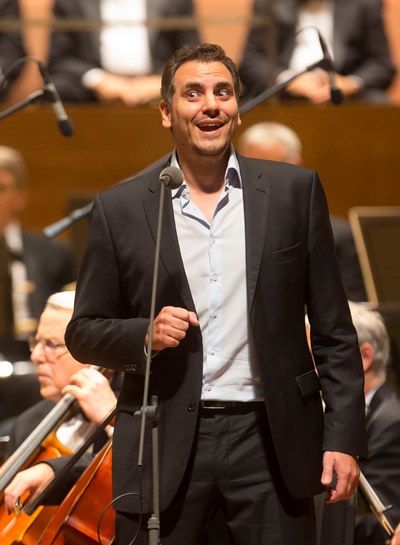 Especially notable was a quartet of singers who will make their Lyric debuts (in some cases their first American appearances) in the upcoming “Rheingold” performances. Tanja Ariane Baumgartner, Lyric’s Fricka, revealed a pungent mezzo of considerable dramatic weight in a gripping traversal of Eboli’s “O don fatale” (O dreadful gift) from Verdi’s “Don Carlo.”

German basses Tobias Kehrer and Wilhelm Schwinghammer, who will portray the giants Fafner and Fasolt in “Rheingold,” demonstrated a notable trend for the evening, which was particularly distinguished by the contributions of the lower-voiced males. Kehrer delivered a rousing account of Osmin’s malevolent “Ha, wie will ich triumphieren” (I shall soon triumph!) from Mozart’s “Abduction from the Seraglio,” complete with a booming low D in the second verse.

The tall, burly bass then delighted the crowd with a deftly executed cartwheel, which drew a huge ovation. “That’s going to be hard to top!” one woman exclaimed with a laugh, and it was. Even so, his compatriot Schwinghammer subsequently won approval with the velvety timbre applied to Daland’s “Mögst du, mein Kind” (Will you welcome him, my child?) from “The Flying Dutchman.” Bass-baritone Samuel Youn, Lyric’s imminent Alberich, delivered a sonorous, deeply felt account of the Dutchman’s monologue “Die Frist ist um” (The time has come). 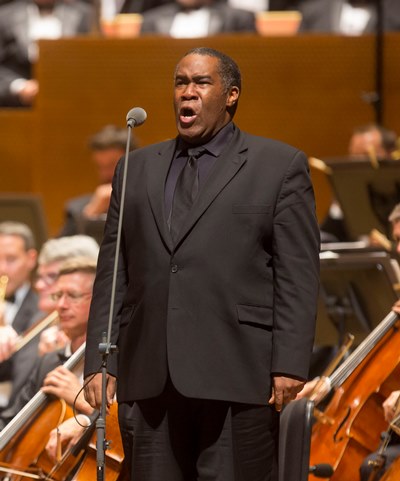 Soprano Ana María Martínez was regrettably announced as indisposed; thus we were denied a preview of her role debut as Tatiana in “Eugene Onegin” (the Tchaikovsky opera will grace Lyric’s stage in February-March 2017). We were, however, treated to a vigorous performance of the familiar harvest chorus from the opera’s first act, which displayed Michael Black’s Lyric Opera Chorus to perfection.

Baritone Quinn Kelsey perhaps contributed the most beautiful singing of the evening with Posa’s death scene from “Don Carlo,” and in his lyrical rendering of Prince Yeletsky’s tender “Ya, vas lyublyu” (I love you beyond measure) from Tchaikovsky’s “The Queen of Spades.” Kelsey’s mature, technically centered vocalism and firm legato were most impressive. 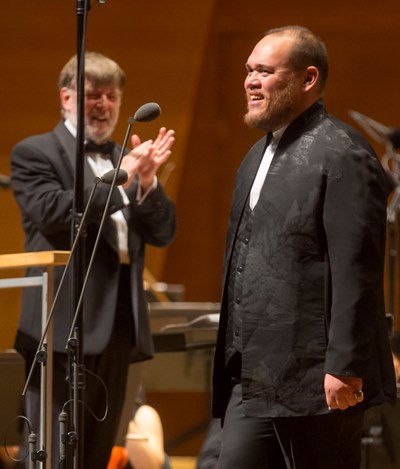 The Lyric Opera Orchestra played beautifully for conductor Andrew Davis, and delivered banner accounts of the overtures from “The Magic Flute” and “Carmen” as well as the Polonaise from “Onegin.” There was an amusing surprise in store with an audience sing-along (“but not ‘Messiah,’ because we don’t have time,” Davis quipped) of “Va pensiero,” (Go, thought, on golden wings) from Verdi’s “Nabucco,” aided by the Italian text projected above.

“Well, that was a nice way to end the summer!” a cheerful patron remarked as the final applause died down. Given the pleasant weather and beautiful music, one could only agree.