‘The Seedbed’ at Redtwist: Guy walks into bar, sees this beautiful young girl; guy’s, like, older 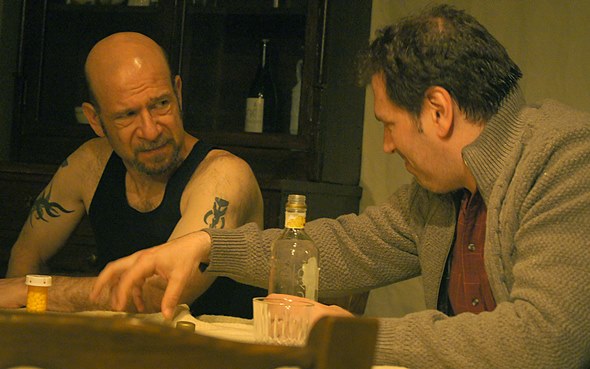 “The Seedbed” by Bryan Delaney, at Redtwist Theatre through July 17. ★★★★

Maggie and Mick are so in love. She’s 18 and he could be, oh, three times her age. What’s wrong with this picture? That would depend on which of four perspectives you subscribe to in Redtwist Theatre’s excruciating take on Irish playwright Bryan Delaney’s “The Seedbed.” 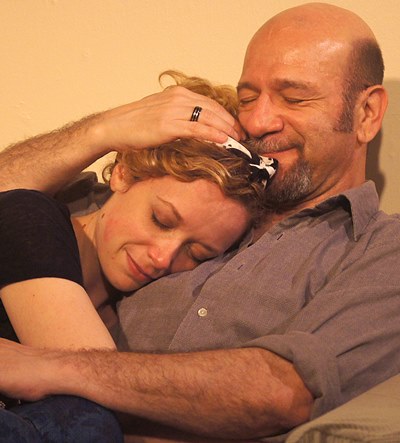 The lovebirds met in Amsterdam, where Irish ex-pat Mick was living and to which Maggie had flown – from a bad situation back home in Ireland involving her mom and her step-dad. And, well, Maggie. You probably get it right away. But don’t be too sure.

Now Maggie has brought Mick home to meet the parents, who receive the news of her impending marriage with emotions that are blended from powder and flint. This is not ideal, concludes Mom, but it is what it is. What it is, fumes Dad, is madness. Which takes the story to the next level and another question: Is there indeed lunacy at play here, or at least crippling neurosis? For a while the game seems to be about discovering who in this arrangement of mixed doubles is off his trolley. By the end, you’re thinking: Who isn’t?

A roundly rewarding – more accurately, disturbing – quartet of actors, under the skilled directorial hand of Steve Scott, take us on this slyly crafted, bizarre, borderline absurdist affirmation that there really is, luckily, no place like home. 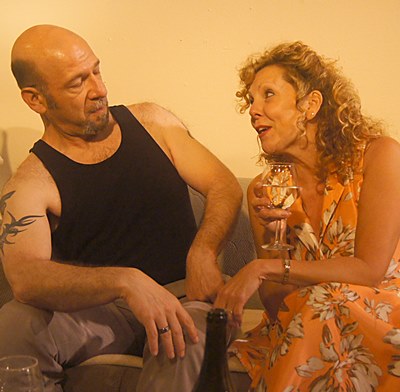 Much as we may sympathize with, or feel concern for, teenager Maggie (the vibrant and rebellious Abby Dillion), our perspective on her troubled family is essentially through the eyes of our fellow outsider Mick, whom Adam Bitterman imbues with an appealing earthiness and unbuttoned honesty. Salt of the earth, indeed. Mick runs a flower shop in Amsterdam. He adores Maggie, that’s clear. But why this middle-aged man has taken up with a blooming lass, or she with him is a touchy issue. At first glance, one might line up with the girl’s father. OK, step-father.

That is Thomas, whose wildly swinging emotions and ambiguous intentions toward his step-daughter seethe through a formidable performance by the physically imposing Mark Pracht. Thomas’ marriage to the girl’s natural mother Hannah (Jacqueline Grandt) is in a rocky place, and the biggest rock seems to be run-away, home-again Maggie. 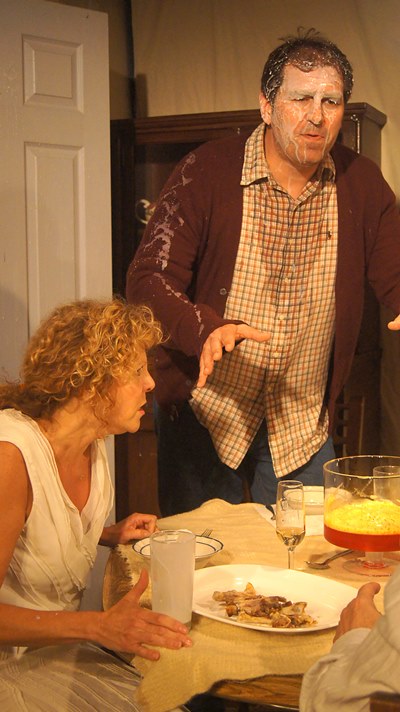 It is Hannah’s volatile anxiety that powers “The Seedbed,” and Grandt delivers a charged performance, one moment the voice of calm and reason and the next exploding into accusation and resentment. Still, Hannah’s wildest outburst pales next to Thomas’ maniacal monologue as the two couples sit down to a champagne dinner to celebrate the parents’ wedding anniversary. Thomas’ mad accusatory harangue begins in a droll vein, veiled and oblique, only to turn pointed and brutal. Pracht drives it home as one long crescendo into viciousness.

(Milk gets spilled, too. And while I know there’s no point crying over it, I should mention just by way of caution that I got sprayed sitting in the back row, which in Redtwist’s tiny space also happens to be the second row.)

As for what’s really going on here – or rather, what went on before Maggie trundled off to Amsterdam – playwright Delaney (who was present at this opening performance) builds a kind of court case in which the three household witnesses give testimony, each insisting that his or her account is the true one, though none has to lay hand on Bible.

Like the audience, interloper Mick watches this eruption of clams and counter-claims with amazement – at first. But as he begins to sort through what he’s hearing, worldly Mick (by no stretch born yesterday) begins to put two and two together. Thus the house guest turns prosecutor, if not inquisitor. He has a lot riding on the outcome. Bitterman is mesmerizing as the low-born savant, the unexpected analyst, the brilliantly articulate tale-spinner and trap setter.

But how did he meet this girl, anyway? Well, it went something like this: He walked into a bar late one night just as Maggie had decided to take her leave, so to speak. And they both ended up in a midnight swim. More or less. Love at first sight, it was. Next thing he knew, he was drowning in her long tresses. She was the most beautiful thing he’d ever seen.

Thomas wouldn’t disagree. One day, he says, he looked up and saw in Maggie the very print of her mother when she was young. So lovely. Couldn’t take his eyes off her. It happened just that way. Hannah knows. She was there. She saw it.