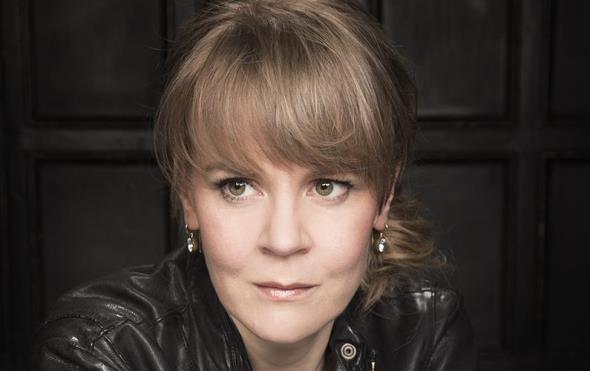 Susanna Mälkki is one of the conducting world’s up-and-coming stars, someone whose name was even mentioned in conjunction with the New York Philharmonic’s recent music director vacancy. The 46-year-old maestra attended Finland’s famed Sibelius Academy, which has produced an array of well-known conductors including Sakari Oramo, Esa-Pekka Salonen, Jukka-Pekka Saraste and Osmo Vänskä. In 2016-17, she will make her debut at New York’s Metropolitan Opera and take over as music director of the Helsinki Philharmonic.

Given all this, expectations were running high for Mälkki’s return March 30 to the Chicago Symphony Orchestra, which she first guest conducted in 2011. And put simply, she delivered, with conducting that was vibrant, incisive and unfailingly sure. Mälkki first gained international attention during her 2006-2013 tenure as music director of the Paris-based Ensemble InterContemporain, and she continues to be known as a new-music specialist. But in this concert, the Paris-based conductor demonstrated that she can more than hold her own in the heart of the standard repertory, presenting a fresh, enthralling interpretation of Rimsky-Korsakov’s “Scheherazade,” which was infused with apt doses of wonderment and exoticism. 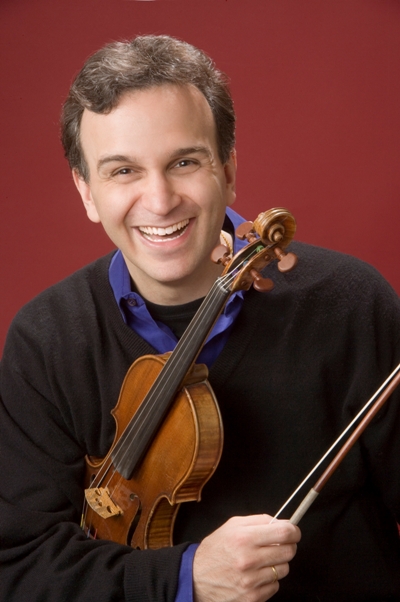 Although this piece was rooted in part in Rimsky-Korsakov’s 1874 visit to Bakhchisaray, once the cultural center of the Crimean Tartars, it is really an Orientalist flight of fancy with seductive melodies and evocative colors. It is inspired by “The Arabian Nights,” a celebrated collection of ancient Persian, Indian and Arabian tales, but it is not meant to be a direct, programmatic adaptation — but rather what the composer described as “separate, unconnected episodes and pictures.”

This performance was big and bold when it needed to be, but, just as important, Mälkki made sure that the softer moments were rendered with an equally potent delicacy and transparency. She displayed pinpoint dynamic control, as evidenced early in the wonderfully propulsive fourth movement, when a muscular blast was followed dramatically by a near whisper. The fast sections, especially in the second movement, crackled with snappy exchanges between the sections and exhilarating drive. At the same time, the conductor gave the music room to breathe and cast its spell – never rushing but also never allowing the energy to flag or the work’s flowing line to drop off.

“Scheherazade” is a rich showcase for any orchestra, and the Chicago Symphony’s top-flight musicians made the most of the solo opportunities it offers, notably concertmaster Robert Chen. Starting with his airy, alluring take on Scheherazade’s theme in the first movement and continuing with solos throughout the piece, he impressed with pitch-perfect intonation and expressive sensitivity. Keith Buncke, who was named principal bassoonist in July, also stood out with his full-bodied tone, secure technique and interpretative flair. Others deserving note included guest principal oboist Katherine Needleman from the Baltimore Symphony and principal clarinetist Stephen Williamson.

Appearing as soloist for the evening’s opening work, Béla Bartók’s Violin Concerto No. 2, was a familiar figure – Gil Shaham. While certainly his mastery of his instrument has reached even greater heights, the 45-year-old violinist still exudes the traits that quickly tagged him for success when he first appeared on the scene in the late 1980s and ‘90s. First, there is that luxuriant, inviting tone, and then the extraordinary technical facility, the sense of ease he brings to even the knottiest passages.

But most compelling are the big grins and the obvious joy of music-making that he displays every second he is onstage. Here, he often stepped toward the podium and leaned in toward Mälkki, as if trying to achieve the absolute maximum connection with her and the orchestra. And in those few moments when he was not playing, he intently watched Mälkki at work or stood near the first violins and listened to them. In short, he was as engaged as he could possibly be.

Not perhaps as immediately appealing as, say, the Tchaikovsky Violin Concerto, this unsettled, sometimes stark and even slightly forbidding work exudes its own power. Though solidly rooted in tonality with some of the folk tinges that characterize this composer, Bartok’s work has an impatient, avant-garde feel with dissonant jolts, edgy pizzicati and rumbles and grumbles in the lower instruments. 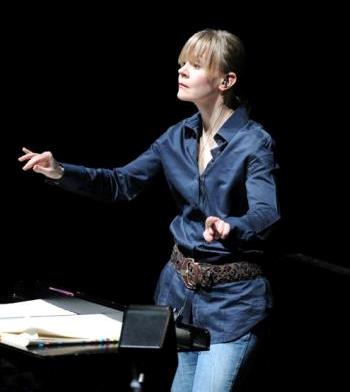 Shaham brought darker, slightly more sharp-edged tonal colors to his playing that nicely fit the music’s feel. He played up the improvisatory, almost unpredictable quality of the violin line in the first movement, smoothly handling its every dip, jump and darting run, and captured the brooding, atmospheric quality of the slow second movement. Fascinating were the oddly mystical moments between the solo violin and principal harpist Sarah Bullen, who was in good form here and in “Scheherazade.” Shaham tore into the third movement and brought the work to a climactic close.

Mälkki proved to be an able collaborator, deftly integrating and balancing the orchestra with the sometimes seemingly independent-minded solo violin, which almost seems ready at times to run off on its own. Overall, she effectively captured the spare, turned-in quality of this music and infused this interpretation with the restlessness and interior intensity the piece demands.