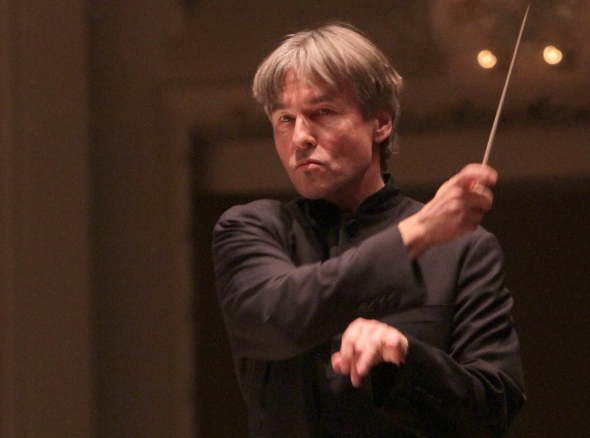 Conductor Esa-Pekka Salonen’s recent concerts with the Chicago Symphony Orchestra came as a multifaceted, indeed exhilarating reminder of the CSO’s grand legacy and at the same time pointed up the orchestra’s undiminished prowess as well as its still-rising arc of achievement. 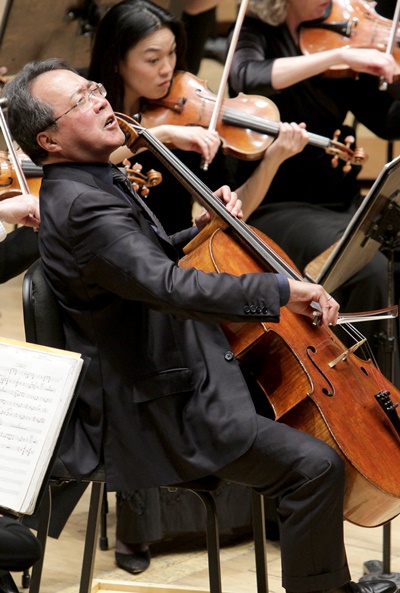 Celebrating its 125th anniversary, the Chicago Symphony envisioned this season as a memory play of its splendid history, and to that purpose laced its programing with revivals of works for which the CSO gave either the first performance or at least the American premiere. Not only did the centerpiece of Salonen’s progam – Lutosławski’s Third Symphony, commissioned by the CSO and premiered in 1983 – certify such pride of remembrance, but the conductor also framed that magnificent work in a vibrant setting of music that embraced the fullness and freshness of classical music past and present.

Salonen provided a model for what the programing of a 21st-century symphony orchestra should look like, and the CSO’s virtuosic performance demonstrated how a sharply calibrated musical adventure can wed surprise to excitement.

Even the bookends of Salonen’s program were out of the ordinary: Beethoven’s rarely heard “King Stephen” Overture at the start and, to finish, Shostakovich’s Cello Concerto No. 1 in an emotionally charged, physically intense performance by soloist Yo-Yo Ma.

Yet the program’s core and essence, its augury and promise, lay literally at the center – in Salonen’s pairing of Lutosławski’s symphony and the conductor’s own “Foreign Bodies,” something of a metaphysical tone poem on the transmogrification of language as music. 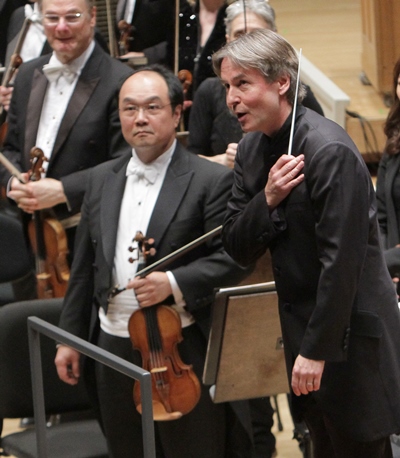 It’s quite something for an orchestra to be able to say that Lutosławski’s Third Symphony was heard here first. This 32-minute work in two movements has won a place among the masterpieces of the 20th century and continues to be played worldwide. Paradoxically, it’s also true that the CSO had not revisited the Third Symphony in nearly 25 years.

The work has often elicited comparison with Beethoven, first for the fortissimo E’s that begin the piece and tend to mark its structural turning points, suggestive of the E-flat chords that launch the “Eroica” Symphony as well as the famous four-note motif  of the Fifth Symphony. But the more important connection to Beethoven here is Lutosławski’s method of building from concise musical cells that are broken down and reassembled in constant elaboration.

What it sounds like, especially in the first movement, might be described as Beethoven glimpsed through the prism of Sibelius. The listener’s sense of a musical continuum, of a framework of familiarity, is distinctive and orienting. While the music is highly original and technically complex, its narrative path is quite clear. And with that direction established, the more radical deconstruction and reordering in the second movement proves no less logical, traceable and engaging. 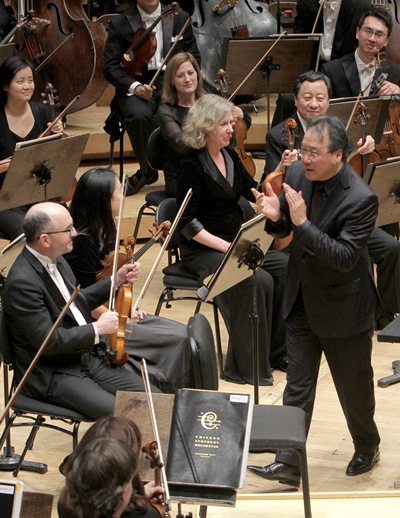 In a brief address to the audience before the performance,  Salonen recalled his personal friendship with Lutosławski (1913-94). That his music has special meaning to the conductor was evident in Salonen’s direct, lucid approach to the Third Symphony and the assured, expressive playing by the CSO that resulted. The rapturous applause from a virtually sold-out house offered evidence enough that Lutosławski’s brilliant symphony should not have to languished another 25 years in the CSO archives before its next hearing.

Salonen, himself a prolific and gifted composer, followed the Lutosławski with his own “Foreign Bodies” (2000-2002), a muscular, rhythmically intricate suite in three episodes titled “Body Language,” “Language” and “Dance.” The music is freely tonal, richly orchestrated and, in its prevailing optimism, irresistible.

No doubt many in the packed hall were there to hear a CSO favorite and its creative consultant, Yo-Yo Ma. And no matter how high expectations might have been, Ma’s searing turn through Shostakovich’s Cello Concerto No. 1 surely met them. Cellist and conductor seemed to share a common pulse, a single sense of the wordless angst that pervades a score that’s by turns wistful and tormented. The CSO’s edge-of-the-seat collaboration helped to bring an extraordinary concert to a disarming close.