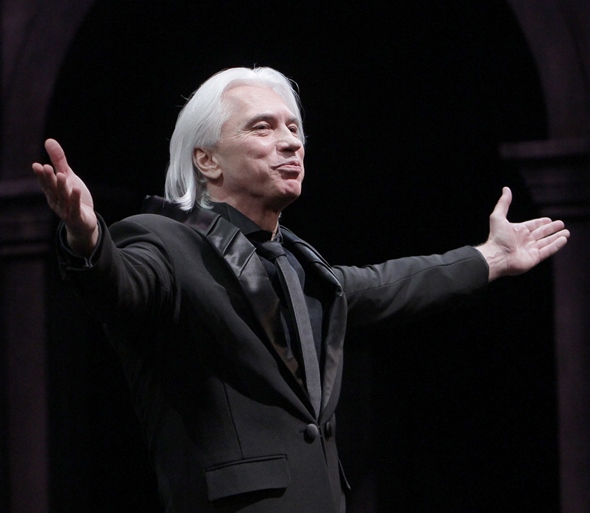 The excitement surrounding Dmitri Hvorostovsky’s solo recital presented by the Lyric Opera of Chicago, on Feb. 26, was palpable even blocks away from the opera house, in an enormous din of anticipatory chatter in the parking garage elevator – much of it in Russian as that sizable Chicago community turned out in droves. 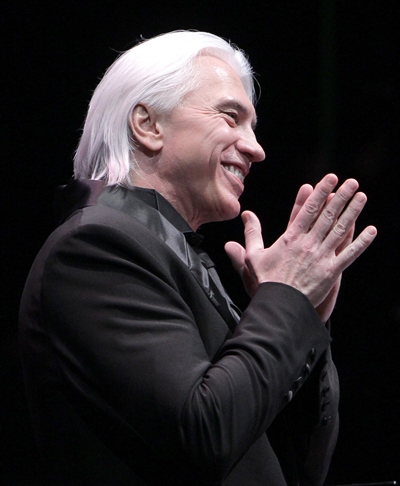 Music lovers were rushing to hear the magnificent Siberian baritone in a program of art songs and folk melodies performed in three languages. The event was touched by a particular poignancy in the knowledge that Hvorostovsky was diagnosed last year with brain cancer, a state of affairs the 53-year old international star has publicly addressed with courage and grace.

Hvorostovsky’s choice of repertoire found him in philosophical mode as he enraptured his audience with a series of musical reflections on the inevitable passage of time, good-byes and the beauty of the human soul in its ascendancy.

His preferred métier of Russian song tends toward the darkly contemplative to be sure, but the theme extended as well to the German selections — including Richard Strauss’ “Befreit” (Freed), in which the listener glimpses the bittersweet expectation of re-encountering a lost loved one in dreams.

The baritone was looking hale and handsome in a formal tuxedo with embellished lapels, the famous mane of silver hair a trifle thinner perhaps, but his legendary charisma everywhere apparent. 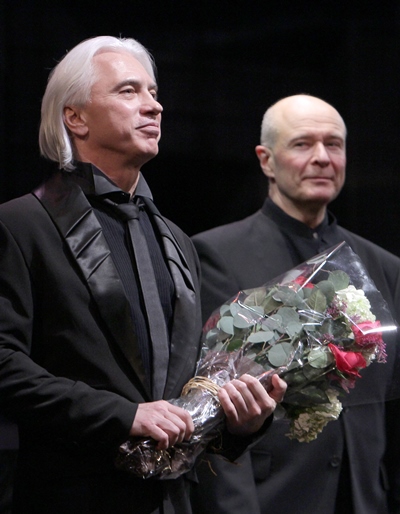 Hvorostovsky began his program with a group of five songs by Mikhail Glinka. “K Molli” (To Molly) found him initially in a somewhat woolly vocal estate, but the voice soon warmed and by the third selection “Ne govori chto serdcu bol’no” (Say not that it grieves the heart) that familiar bronze-hued tone emerged enchantingly.

The Rimsky-Korsakov group that followed was distinguished by a keen expressive connection to text, particularly in Hvorostovsky’s passionate response to Tolstoy’s poetic description of the bravery of the sea against adversity in “Drobitsja, i pleschchet, i bryzzhet volna” (The wave breaks into spray).

It was in the second half of the program that the baritone fully came into his own, as the top of his range opened up strikingly and the plush legato for which he is renowned fell firmly in place. He spun pure vocal velvet in Tchaikovsky’s “Sred’ shumnogo bala” (Amid the din of the ball) and was rewarded with several spontaneous “bravos” from the house at its conclusion.

A foray into Strauss brought the most beautiful vocalism yet, acutely so in a delicately floated upper register on the phrase “Gib mir nur einen deiner süßen Blicke” (Give me but one of your sweet glances) in “Allerseelen” and in the final, seemingly endless flow of breath applied to “O Glück!” in the aforementioned “Befreit.” 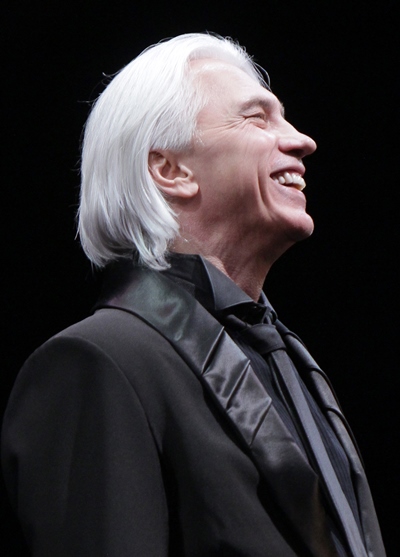 Hvorostovsky answered the audience’s enthusiasm with three encores, starting with two Neapolitan songs essayed with idiomatic verve. He then returned to the stage alone — without his collaborating pianist, Ivari Ilja — and delivered what was possibly the most beautiful selection of the entire evening: the Russian folk song “Proshchai, radost’”  (Farewell, my joy), performed with a level of internalized emotion that tore your heart out. The ovation was thunderous.

Ilja, who is Hvorostovsky’s favored accompanist, was elegantly responsive throughout, with some especially beautiful work in the Strauss. And the opera house was filled; this in an era where solo song recitals are a difficult sell. It was an exquisite evening of music, an emotional time spent with a beloved artist.

Mark Thomas Ketterson is the Chicago correspondent for Opera News. He has also written for Playbill, Chicago magazine, Lyric Opera of Chicago, Houston Grand Opera and Washington National Opera and the Kennedy Center.