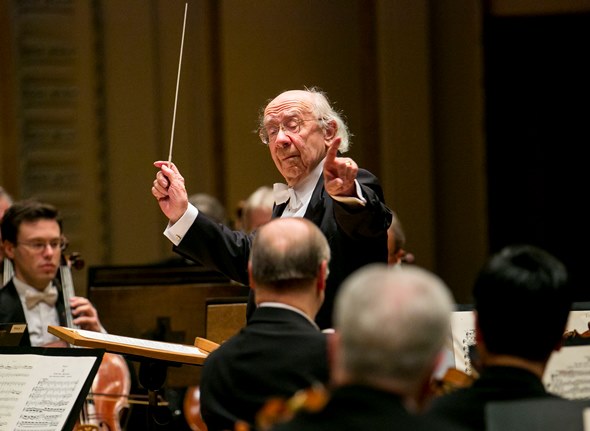 As the Chicago Symphony Orchestra has no other festival planned for the current season, let us declare the past two weekends – two completely different but equally marvelous musical encounters — as Rozhdestvensky Fest.

While the 84-year-old Russian conductor Gennady Rozhdestvensky was rehearsing the CSO for his Feb. 6-7 concerts of Shostakovich’s First and Fifteenth Symphonies, music director Riccardo Muti canceled both weeks of his February residency in Chicago due to a hip injury. The first week’s vacancy was immediately upon the orchestra. What do to? 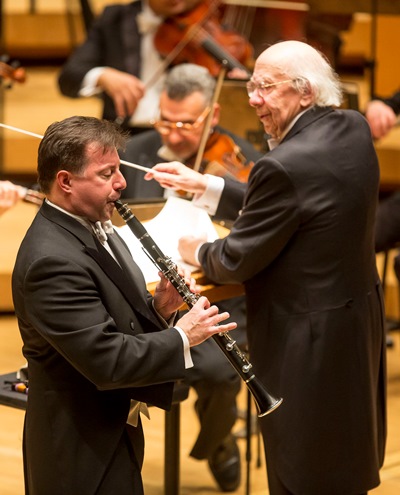 The answer was right in front of the band: Rozhdestvensky agreed to stick around and take over Muti’s concerts Feb. 11-13. That solution sparked an unexpected treat, a sweeping immersion in the mastery of a venerated Russian maestro who had not conducted the CSO in nearly 25 years.

Subbing for Muti, Rozhdestvensky retained the essence of the original program, as a showcase for both the CSO strings and principal clarinetist Stephen Williamson. But Rozhdestvensky switched out Ligeti’s “Ramifications” for nine solo strings in favor of Sibelius’ three-movement suite – or, if you like, a sort of Valentine tone poem – “Rakastava” (The Lover) for strings, with touches of triangle and timpani.

While one hopes that Muti will come back to the Ligeti, a work as ethereal as it is intellectually rigorous, this performance by the CSO strings of Sibelius’ wordless love lyric left nothing to regret. Rozhdestvensky drew playing of exquisite tenderness in music at once luminous and piquant, evocative of both Rimsky-Korsakov and Mahler and yet rooted in Sibelius’ characteristic shadows.

That breathtaking curtain-raiser done, Rozhdestvensky embraced the operatic heart of Mozart’s Clarinet Concerto with Williamson delivering a star turn. It would be hard to imagine, to summon to the mind’s ear, a more eloquent performance of this singing music than Williamson invoked from an instrument so loved by Mozart. 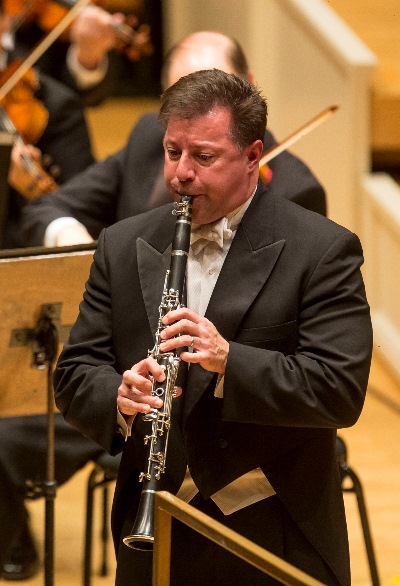 Before coming to Chicago, Williamson was principal clarinet of the Metropolitan Opera Orchestra. If there is no limit to his technical means, there also may be no boundary to his expressive range. Every breath of Williamson’s playing reflected the vocal quality essential to Mozart’s concerto, Each note, phrase and gesture was shaped with impeccable control. This was virtuosity of a consummate order.

Conducting with unmannered, display-free elegance is what Rozhdestvensky does. Musical eloquence comes from his oversize baton as if from some inner necessity. I’ve seen Rozhdestvensky conduct a number of times over the last 20 years; his almost telegraphic means of connecting with an orchestra has always been there. At times, he doesn’t use that long pointer at all, but communicates through his eyes, face and body. (And he has always, in my experience, eschewed a podium, preferring to stand on floor level with the musicians.)

The range of Rozhdestvensky’s mastery was illustrated in the concert’s second half, devoted to works for strings alone: Arvo Pärt’s ruminative, even spiritual “Orient & Occident” and Tchaikovsky’s exuberant, tuneful Serenade for Strings in C. The lean, piquant exoticism of Pärt’s concise essay (2000) seemed no less native to the conductor’s sympathies than the fluid, long-lined, opulent music of Tchaikovsky’s familiar Serenade. 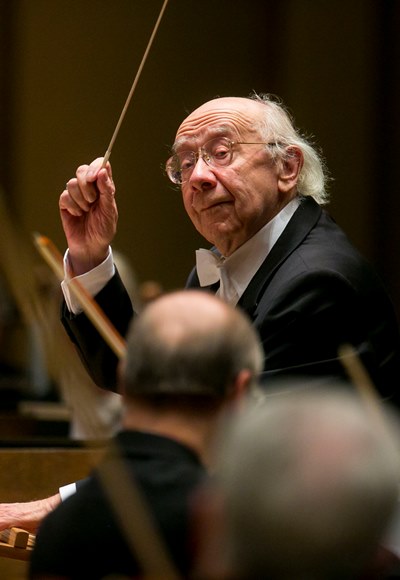 Like Sibelius’ “Rakastava” at the outset, these last works employed a chamber-scaled complement of the CSO strings. And what an exhibition it was: precise, agile ensemble summoning supple, gorgeous sound.

Small wonder Rozhdestvensky, who hadn’t conducted the Chicago Symphony since an appearance at Ravinia in 1992, was game to double his engagement this time. Where Shostakovich’s first and last symphonies had provided him with the full resources of the CSO, the conductor’s second turn was pure chamber music. That splendid spectrum of Rozhdestvensky’s art, savored in the grandiose and intimate dimensions of this impromptu festival, will remain long in memory.

A final note: Pittsburgh Symphony music director Manfred Honeck will stand in during Muti’s second missed week, Feb. 18-20. That program also has been adjusted. Along with two originally scheduled works by Respighi – “Fountains of Rome” and “Concerto gregoriano,” with CSO concertmaster Robert Chen as violin soloist – Honeck will conduct Tchaikovsky’s Symphony No. 6 in B minor (“Pathétique”) in place of Casella’s Third Symphony.