Mozart and Beethoven shine in hands of CSO; dust sticks to erstwhile premiere from archives

What was good was very good in the Chicago Symphony Orchestra’s concert with music director Riccardo Muti on Oct. 1 at Orchestra Hall. Then came the program’s bizarre second half, which recalled the previous week’s fare and left one wondering just how weird – and musically marginal – the CSO’s 125th anniversary season will turn out to be.

With a return visit to the Far East coming up in January, and a new three-year labor contract with the musicians just inked, the Chicago Symphony’s happy situation now also includes the formal signing of a new principal flutist, Stefán Ragnar Höskuldsson, former principal of the Metropolitan Opera Orchestra. And as the season gets underway, Muti has the orchestra in splendid shape technically.

It was a razor-sharp ensemble, with a well-coached opera sensibility, that captured the drama of Beethoven’s “Leonore” Overture No. 3 to open the Oct. 1 concert. At a mere 13 minutes, “Leonore” No. 3 may be a small masterpiece, but it is in no way a minor one. Muti framed the concision as well as the soaring spirit of a work that suggests a still keener study in sheer structural condensation than Beethoven already had achieved in the Fifth Symphony.

The overture, with its Classical bones and Romantic essence, served as prelude indeed to Mozart’s thoroughly operatic and deeply shadowed Piano Concerto No. 20 in D minor with Leif Ove Andsnes as soloist-cum-protagonist.

In a performance free of histrionics, Andsnes infused the concerto with the darkness, narrative stress and lyric turbulence one associates specifically with D minor world of Mozart’s opera “Don Giovanni.” It was intelligent playing, at once crisp and fluent, that went straight to the concerto’s troubled heart. 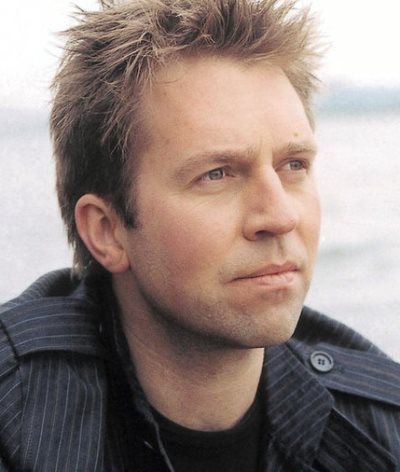 Here, too, one found Beethoven: his technically prodigious and emotionally fraught cadenza for the first movement, which Andsnes delivered with the weight and eloquence of a Shakespeare soliloquy.

Muti, master of the opera world and not least of Mozart’s realm in it, integrated orchestra with piano as if they were dramatically inseparable – a truth more easily spoken than displayed. Strings and winds alike brought a level of theatrical energy to the performance matched by a collectively honed precision.

What transpired after intermission was another matter. Through this anniversary season, the CSO plans to exhume from the archives works for which in eras past it gave American or even world premieres. On the current program, the resuscitated opus is Prokofiev’s flamboyant, clangorous “Scythian Suite,” drawn from a failed ballet written just a year after Stravinsky’s “Le sacre du printemps,” to which it has sometimes been likened. 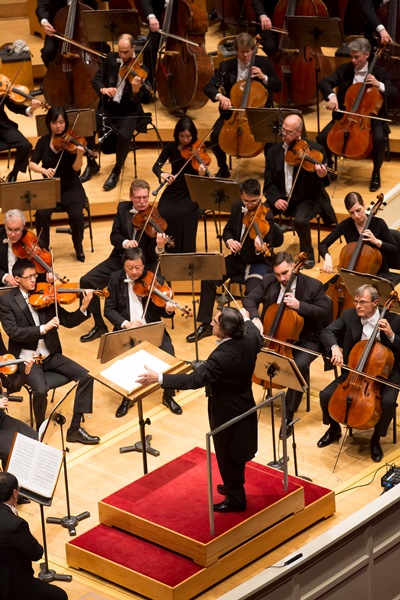 Aside from the prevailing racket of the 23-year-old Prokofiev’s pounding score, however, the two works have almost nothing in common; the young Prokofiev didn’t begin to approach the still-startling irregular rhythms of “Sacre,” to say nothing of its harmonic complexity. The CSO gave the U.S. premiere of the “Scythian Suite” in 1918 with the composer conducting.

Also summoned from time’s obscuring mist was Paul Hindemith’s Concert Music for Brass and Strings, a virtuosic exercise in proper counterpoint and, well, compositional efficiency from 1930 that the composer conducted with the CSO at the Ravinia Festival in 1961. Muti led a dazzling performance of a work that seems very much of the past.

This week’s flourish of antiquarianism echoes the previous week, also under Muti’s baton, and the dubious revival of Gustave Charpentier’s 1889 suite “Impressions of Italy,” which enjoyed a long day in the sun of popularity. The CSO gave the U.S. premiere in 1893. But that sun has set, that day is over, extinguished, irretrievable. Apart from long, gorgeous solos for viola and cello, the simple charm of Charpentier’s “Impressions” has faded.

The CSO does have some real treasures in its vault of firsts, Prokofiev’s Piano Concerto No. 3 and Bartók’s Piano Concerto No. 2 among them. There should be a compelling reason to relive a premiere. The mere fact that it happened is not, as we’ve already seen twice, enough.