Theater 2015-16: A gentlefolk’s guide to love, murder, other diversions at B’way in Chicago 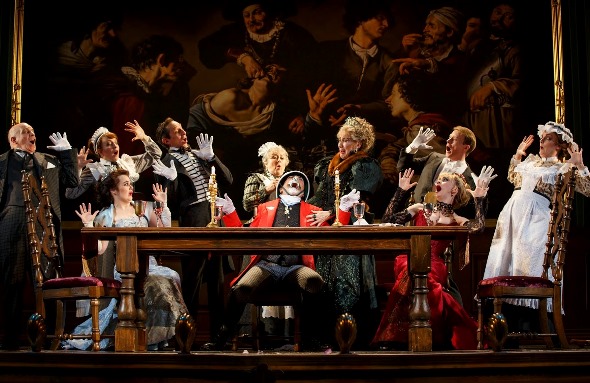 Gemma Mulvihill, executive director of sales for Broadway in Chicago and theater enthusiast extraordinaire, describes the presenter’s 2015-16 lineup of touring shows as “a banner year,” and her point is borne out in our decision to preview the season in two installments, starting with just the autumn portion.

Broadway in Chicago’s bountiful fall series, crammed into four performance venues – Bank of America Theatre, Oriental Theatre, Cadillac Palace Theatre and Broadway Playhouse – opens with one of the hottest new musical comedies to come out of New York, “A Gentleman’s Guide to Love & Murder,” and winds up at the holidays with the pre-Broadway world premiere of “Gotta Dance,” a testament to youth as an expression not of age but of spirit.

“Gotta Dance” is about a group of senior citizens trying out for a troupe to perform at games in a professional basketball league. What these forever-young hoofers don’t know until they survive that audition is that the dance number they will perform is hip hop. 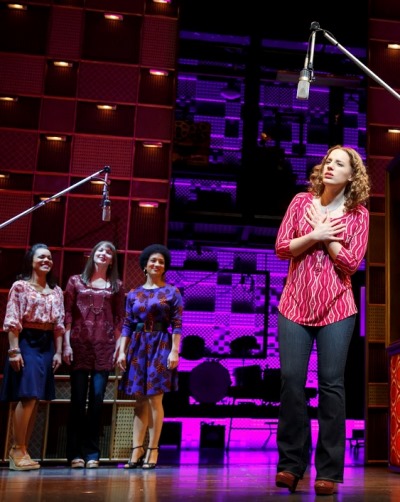 “Did you see all the people starring in it?” asks Mulvihill without waiting for an answer. “Stephanie Powers. I remember her in ‘The Girl From U.N.C.L.E.’ Georgia Engel from the ‘The Mary Tyler Moore Show.’ And André De Shields, wow!”

But before “Gotta Dance” rolls around, there’s “Beautiful – The Carole King Musical,” starring Chicagoan Abby Mueller  in the title role. The show is laced with megahits like “Some Kind of Wonderful,” “Will You Love Me Tomorrow?” and “You Make Me Feel Like a Natural Woman.” (In case you’re wondering, Abby Mueller is indeed the sister of Jessie Mueller, who won the 2014 Tony Award for best actress in a musical — in the same role.)

As for the season opener, the riotously funny “Gentleman’s Guide to Love and Murder,” which took the 2014 Tony Award for Best Musical, Mulvihill says the title apparently has created at least a bit of confusion:

“Someone called in saying they weren’t so sure about it – they didn’t want to go to a sad show. I said, ‘Sad! This show is hysterical.”