It’s that time of the year when orchestras change their pace, kick back a bit and come a-bloom with new ideas in the spirit of the warming clime. Thus the New York Philharmonic celebrates its 50th season of Concerts in the Parks, the Cincinnati Symphony’s May Festival gets underway, the Boston Symphony is deep into its Pops concerts and the San Francisco Symphony gears up for a Beethoven Festival.

But the place to be this season is in the Windy City, where the Chicago Symphony Orchestra is midway through an unusually successful string of extravagant multidimensional orchestra concerts and intimate chamber affairs under the dreamy title “French Reveries & Passions.”

The headliner project is Debussy’s startling opera “Pelléas et Mélisande” led by guest conductor Esa-Pekka Salonen with an exceptionally deft touch, its exquisite music plunging the listener into an eerie half light of awareness. Debussy’s 1902 score, inspired by Maurice Maeterlinck’s symbolist play – about a mysterious young woman, discovered sobbing in the forest, and the two men, half brothers, torn apart by their desire for her – is at times lush, erotic and intensely terrifying, at others glassy, vast and death-like in its calm. Its effect suggests a dream that seems utterly true in the sleep state, yet which baffles completely in the conscious realm.

Orchestra Hall was transformed for this production by means of synchronized projections in a darkened space suggesting forest and fortress, the night sky and transfiguring light. This old hall is certainly learning some new tricks. Indeed, there is much about this festival that builds upon lessons learned over the last few years in both the CSO’s MusicNOW concerts at the Harris Theater and its Beyond the Score multimedia events devised by programming adviser Gerard McBurney. Beyond the Score utilizes professional actors in scripted presentations that offer the back stories for some of classical music’s greatest masterworks. Those productions go on tour for use by other orchestras; one on the living French composer Pierre Boulez will play at England’s Aldeburgh Festival in June.

Salonen brings to Chicago the very spirit of adventure that is the quintessential ingredient in a successfully designed and executed summer festival. He and McBurney previously collaborated on “Pelléas et Mélisande” with the London Philharmonia, using Maeterlinck quotes chosen by McBurney to connect the opera’s scenes so that they could run without a break, and the same approach was deployed in Chicago. The actress Dianne Wiest, intoning these lines from her extreme downstage position at one side, applied a hushed voice suggesting time remembered.  This generous device beautifully encouraged the audience to succumb to a work of Wagnerian length that is inherently unclear by design.

All the musicians themselves were on high adrenalin. There is nothing the Chicago Symphony cannot play, but there is repertoire it has never done before. Both “Pelléas et Mélisande” and the previous week’s major work, Ravel’s fairy-tale fantasy “L’enfant et les sortilèges,” are first-ever performances for the CSO, and the electricity in the house was palpable. 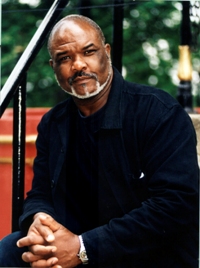 Even as it all but defines the beginning of French modernism, Debussy’s “Pelléas” draws inspiration from the transfixing structure, jealous passions and mystical allure of such 19th-century milestones as Wagner’s “Tristan und Isolde,” Mussorgsky’s “Boris Godunov,” Dvořák’s “Rusalka” and Verdi’s “Otello.” And despite last-minute cancellations due to illness of soprano Christine Rice and bass-baritone Eric Owens, this relatively rare work was in easy command by the replacements Jenny Carlstedt, who recently sang Mélisande  in Helsinki, and by bass-baritone Willard White, who was terrific as the jealous Golaud and has long owned the role in his own right.

White and baritone Stéphane Degout  (currently  the world’s go-to Pelléas) were so clear in their vocal intent that they seemed to be speaking naturally, with spontaneity of thought, offering a master class in how to do it right. But it takes nothing away from the brilliant cast to suggest that the orchestra itself was the star character in this performance under Salonen, whose beautifully shaped concept was grand in its arc and minute in detail, rich in exceptional colorings and textures from first to last. That goes as well for the chorus, singing from a cloud, or was it somewhere in the hall’s upper back reaches? 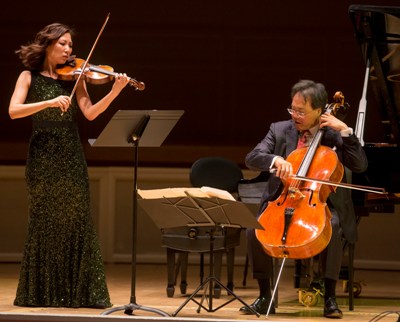 On May 17, cellist Yo-Yo Ma, the CSO’s creative consultant, appeared equally energized by a superb chamber program that showcased him in one piece after another with five CSO artists of solo caliber. The fare included a playful new composition by 25-year-old New York composer Matthew Aucoin, “Dual,” for Ma and the CSO’s extraordinarily fleet-fingered principal bass Alexander Hanna. Then came a positively rocking performance of Ravel’s Sonata for Violin and Cello with associate concertmaster Stephanie Jeong and an exhilarated Ma – two powerhouses feeding off each other’s energy. The program’s high standard was established at the outset by CSO flutist Jennifer Gunn with guest mezzo-soprano J’nai Bridges, in glorious voice, and pianist Orion Weiss along with Ma in the exoticisms of Ravel’s “Chansons madécasses.” Clarinetist J. Lawrie Bloom delivered a devastating centerpiece of birdsong in Messiaen’s “Quartet for the End of Time.” Beautifully framed by Weiss, Ma and principal second violinist Baird Dodge, Messiaen’s music brought the concert to its breathtakingly quiet end.

Such programs define a festival at its best, and this year there is that feeling of discovery no matter which way you turn. Two earlier recitals of seemingly effortless virtuosity – by French pianists Cédric Tiberghien and Alexandre Tharaud – offered a sumptuous buffet of Couperin and Rameau rarities, delicious Satie, technically audacious Ravel, profoundly beautiful Debussy and rare, wonderful “Masques” by Szymanowski. Capping this pianism, Jean-Ives Thibaudet is up next, to perform Ravel’s G Major Piano Concerto in a program May 21-23 with Messiaen’s “Turangalîla-symphonie.”

Salonen has said that he heard the 10-movement “Turangalila,” with its abundant percussion and unusual rhythmic patterns, on the radio when he was still quite young. He was knocked out by this piece and decided that if that’s what music was about, then he wanted to do it. There’s more coming in this festival.  With luck, the “amazing shock,” as Salonen describes his childhood experience, will translate into someone else’s discovery.