“St. John Passsion” by J.S. Bach, performed by the Chicago Bach Choir and Orchestra conducted by John Nelson, on March 20 at the Harris Theater.

One can come away from a profoundly affecting musical experience with any number of dominant feelings: enlightenment, exaltation, transcendence, solemnity among them. After hearing the Chicago Bach Project production of its namesake’s “St. John Passion,” I walked out into the brisk spring night air with a singular sense of privilege.

The Chicago Bach Choir and Orchestra performance, conducted by John Nelson on March 20 at the Harris Theater, surely belongs among the concerts that will endure in memory – not because I will try to preserve it there, but because I will be unable to forget it. 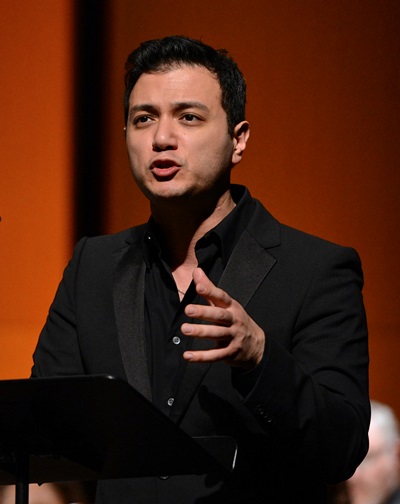 While the Harris is not the church setting for which Bach composed his sacred works, and this concert audience hardly constituted the homogenous congregation of believers who would have sung along in the reflective chorales that punctuate the narrative of Jesus’ betrayal, capture and ignominious death,  Nelson’s forces nonetheless evoked an arrestingly intimate aura of human tragedy become spiritual triumph.

From every musical perspective, this was a very fine performance. But it also served as a reminder that the “St. John” is a far greater work than its traditional place as Bach’s “other” Passion might suggest.

The “St. John” is the first of five Passions that would flow from Bach’s pen. Two are lost entirely and one, after the narrative of St. Mark, exists only as a fragment. Unlike the towering “St. Matthew Passion,” which is drawn from a single source, the “St. John” follows the general outline of St. John’s account but embroiders – and personalizes – it with assorted texts pulled together from various sources, some of them from Bach’s own time. 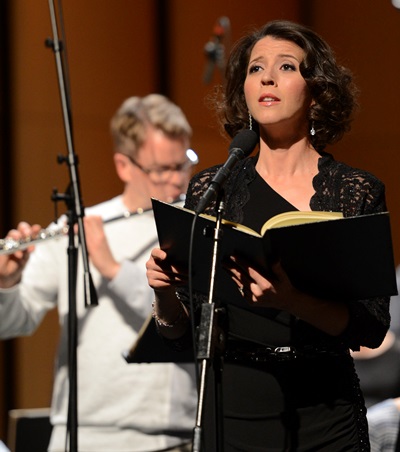 It is very much like chamber opera, or perhaps a familiar pageant in which the choristers play the multiple roles of the faithful (then and now), the blood-thirsty mob clamoring for Jesus’ crucifixion and observers somewhat in the vein of the classical Greek chorus. Against this backdrop are played naturalistic, poignant, troubling scenes of Jesus’ ready surrender to his captors, his humiliation and his suffering – all cast by Bach in vivid musical portraiture.

Not the least of these vignettes is the scena of Pilate’s earnest inquiry into the charges brought against Jesus by the condemning throng. Even as he acknowledges that he can find no fault in this accused man, neither can Pilate avoid sending Jesus to certain death. Bass-baritone Matthew Brook sang the role of Pilate with equal parts of resonant vocal beauty and dramatic urgency – a potent foil to bass-baritone Stephen Morscheck’s becalmed, regal Jesus.

Yet the voice, both musical and theatrical, that kept the edge on this Passion, kept it driving forward dramatically, belonged to tenor Nicholas Phan as the Evangelist – the story-teller, in whose mastery of suspense and irony and tragedy resides the narrative mystery and magic. Phan’s artful singing, full-bodied and lyrical, sustained this Passion at an operatic level. 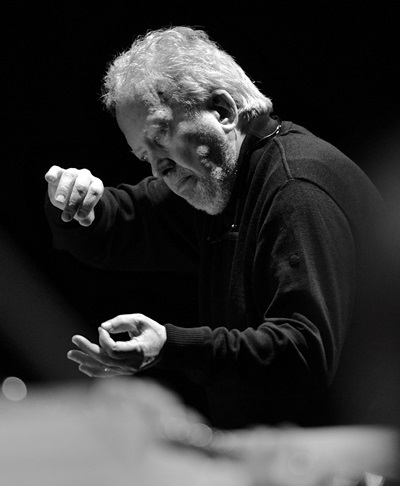 Or rather, the tenor together with the conductor. Nelson’s unfailing sense of dramatic pulse, of crisis and of reflection, made whole, finely woven cloth of the disparate elements in play here. This was conducting with restraint. Notably where the burnished, expressively aware Chicago Bach Choir was concerned, Nelson guided but did not drive.

As preface to the Passion, chorus master Donald Nally led his singers in James MacMillan’s “Alpha and Omega,” a brief cantata written in 2011 on a commission from Soli Deo Gloria, parent organization of the annual Chicago Bach Project. The chorus gave a crisp, incisive account of MacMillan’s spare and keen-edged a cappella setting of a text drawn from John’s “Book of Revelations” – an evocation of the city of God descending to earth with the divine proclamation: “I am Alpha and Omega, the beginning and the end.”