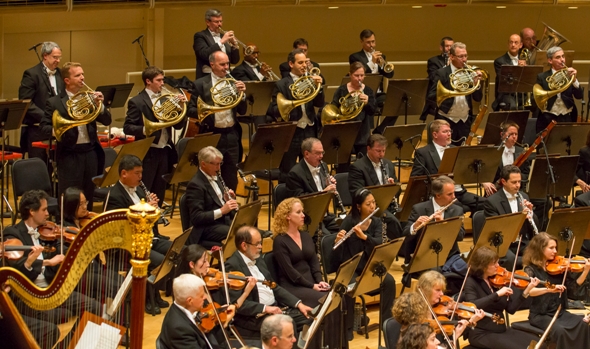 What Riccardo Muti has brought to the Chicago Symphony Orchestra in his first four years as music director was doubly on display June 19 as the orchestra crowned its season with a revelatory pairing of Schubert’s graceful Fifth Symphony and Mahler’s splendorous First. 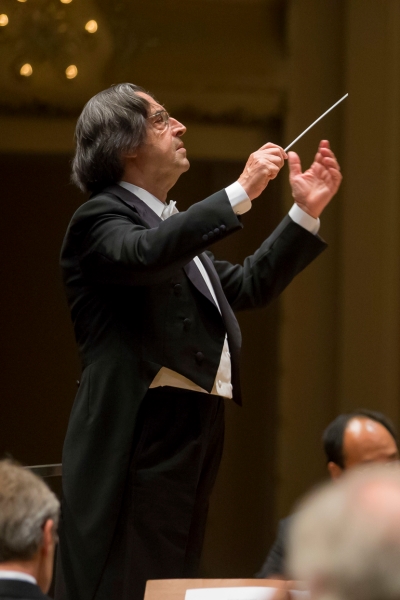 The CSO’s elegant and sunny Schubert performance completed a season-long cycle through the composer’s eight symphonies, an illuminating journey through which Muti’s attention to the details of expressivity and style took this orchestra to a new level of finesse.

Not just a more refined approach to Schubert, mind you, but a heightened collective consciousness of the poetics of the classical tradition. Nothing less than that was evident in the CSO’s magnificent Mahler, a sort of final examination on the many lessons of Muti’s Schubert year.

Here was a mesmerizing Mahler First that, from the start, seemed both to defy and transcend expectations. It was a performance – or from Muti’s perspective, a concept – of profound sensibility across a spectrum from mystery and spiritual awakening to the riotous variety of life.

Muti’s construction of the opening movement began as virtual stasis: no motion at all, as if coming upon a meadow in morning mist and listening to the sound of its stillness, aware of life’s presence without discerning activity. All this was vividly conveyed by a large ensemble that under Muti’s tutelage has mastered the art of sotto voce, of speaking with great precision and force at the threshold of audibility. Then the burbling voices of solo flute, oboe and clarinet gave way to swelling, singing strings as the mist lifted to reveal a joyous world. 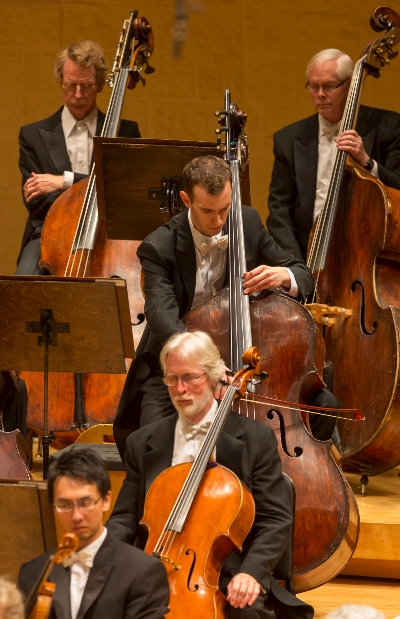 This was Mahler at his essence. Indeed, Muti’s embrace of the First Symphony evoked a stunning sense of the music’s author. Mahler conducted his First Symphony many times, and no doubt even those performances reflected a wide range of interpretive possibilities. Still, there is a core of plausibility, the qualities that in broad terms set Mahler apart – define him, to speak rather dangerously.

Muti, not a conductor generally associated with Mahler, seems to comprehend him like a soul mate. The progress of this First Symphony was wonderfully unself-conscious: the second movement shaped around a heavy-footed country dance, the third evolving from a slow, minor-key parody of “Frere Jacques” — eerily intoned by principal bass Alexander Hanna — to an unbuttoned flourish of Jewish dance music in all its visceral exuberance.

The CSO’s undiminished capacity to create an absolutely glorious sound took the finale to a heady place. Still, Muti kept that power in check, unleashing it only at the very end when – as Mahler specifies in the score – he had the augmented French horns stand to proclaim their part amid the general brazen clamor. 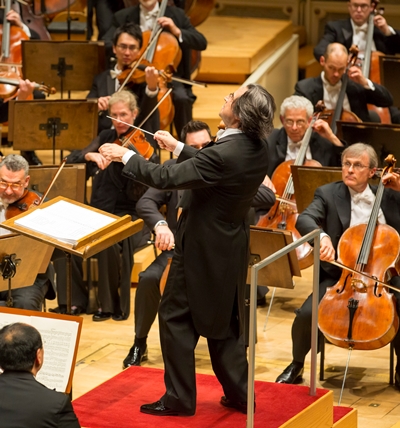 Mahler ends this sonic cataclysm not with a grandly sustained chord but rather with a kind of double punctuation, two incisive chords that ring out like gunshots. Muti’s baton snapped off the second shot, and that was it: silence.

Silence for less than a heartbeat at this performance: The audience’s reaction was not so much a burst of applause as it was a shock-wave shout, like a collective release from compressed hysteria. I don’t know when I’ve ever heard anything like it at a concert.

Though Muti may not be, as it were, a Mahler conductor, he does have a long history with both the First and Fourth Symphonies, and very early in his career he conducted what is arguably Mahler’s masterwork, “Das Lied von der Erde.” He told me in a recent conversation that he intends to conduct “Das Lied” with the CSO in coming seasons. That should fill the house again – and likely again bring it down.