For its second tribute in this Verdi year, the Lyric Opera of Chicago will present, so to speak, the whole truth about “La traviata.” And Latvian soprano Marina Rebeka, a young but well-tested Violetta making her Lyric debut, is wholly on board with that. 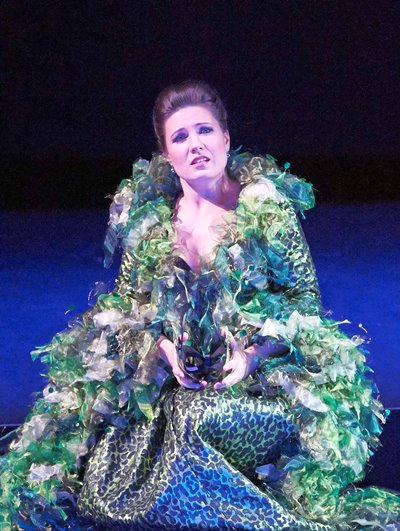 “We will be singing every note that Verdi wrote, all the da capos, everything,” says Rebeka, an emerging star whose credits now include both the Vienna State Opera and the Metropolitan Opera. “It’s longer, and more tiring for the singers, but it’s also the right thing to do for the integrity of the play. We’re all looking for the plain truth.”

The Lyric’s new production, conducted by Massimo Zanetti and directed by Arin Arbus, will incorporate verses usually cut from several arias. Anthony Freud, the company’s general director, advocates for this untrimmed “Traviata” as “a chance to hear something very rare. Performing the complete score strengthens and deepens Verdi’s masterly characterizations, intensifying the relationships between the characters and the motives for their reactions.”

Or as the Lyric’s Violetta puts it, Verdi’s opera will become more credible as theater.

“An audience needs to believe in the truth of what it is seeing as well as hearing,” says Rebeka. “Singing is just one part – the primary thing, of course. But ever since Maria Callas brought a new, more powerful sense of acting to opera, we’ve seen a cultural revolution. It’s simply not enough just to stand and sing. This is the age of movies, special effects, video projections and sophisticated lighting. Audiences today expect more.” 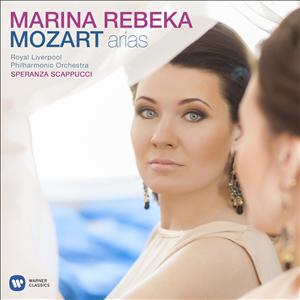 It’s quite a week for Rebeka, who bows at the Lyric on Nov. 20, two days after the U.S. release of her new Warner Classics CD of Mozart arias with the Royal Liverpool Philharmonic conducted by Speranza Scappucci. That disc embraces characters – and music – as far-flung as the Countess in “The Marriage of Figaro” and Donna Anna in “Don Giovanni” (a signature role Rebeka has sung at the Met) to both Pamina and the Queen of the Night in “The Magic Flute.”

The Mozart disc was created in a five-day blitz of three-hour sessions with one marathon stint of six hours. “It was a big challenge,” says Rebeka. “When you go from the Contessa to the Queen of the Night, you must change your voice completely.” As for making that leap to the notoriously difficult star-blazing Queen (the CD includes both of her arias), Rebeka says it was sort of a lark, something she wanted the satisfaction of doing. “I will never sing it on the stage,” she says.

Violetta, on the other hand, is bread and butter – or perhaps cream – for this dramatically aware lyric soprano.

“It’s one of the roles for which I have especially deep feelings,” Rebeka says. “To sing it with beautiful coloratura isn’t enough. It demands your whole heart, all of your emotion and trust. This is a young, beautiful woman with a complex personality. She is creative, smart, sophisticated and sexually attractive. But she has never known real love – until Alfredo (tenor Joseph Calleja) comes along.

“She is touched by his sincerity. He loves her and understands her like no one else. She knows she’s going to die, but in Act II – when Violetta and Alfredo are together — she feels she’s almost living in heaven. It’s better to have such a love once in her life.”

Violetta’s consumptive death scene is the role’s biggest challenge, says Rebeka: “She’s coughing, half dead. You can almost feel the audience thinking, ‘Oh, my God, when will she finally die?’ So you have to be careful not to exaggerate. You can’t have Violetta pitying herself. There has to be a powerful connection between the music and the words. Doing less can be much stronger.”