Report: Musicals “Man of La Mancha” and “Crazy for You” among other shows on tap with four plays by the Bard, including director Peter Sellars’ chamber version of  “A Midsummer Night’s Dream.”

While the Stratford Festival has shed its branding association with the Bard of Avon, any concerns that the festival might really be loosening its traditional ties with Shakespeare should be allayed by newly announced plans for the summer of 2014. The Bard abounds. 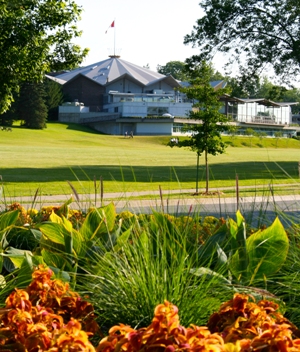 Under the season theme of “Madness: Minds Pushed to the Edge,” the Ontario festival will include, well, 4.5 Shakespeare plays: “King Lear,” “King John,” “Antony and Cleopatra” and “A Midsummer Night’s Dream” – the last in a form that should look familiar enough as well as an additional “chamber” version for just four players directed by one of the world’s most innovative masters of stagecraft, Peter Sellars.

“These plays explore minds that are driven out of balance by a variety of forces: love, war, poverty, age, sexuality,” says Stratford artistic director Antoni Cimolino. “In today’s fast-paced global community, we are becoming ever more acutely aware of the consequences of such pressures.

“The issues behind them are interesting in themselves, but what they do to the human mind – to us – is ultimately the most fascinating thing. When the pressures of life become great enough, our minds give way to other realities. The result is often heartbreakingly tragic, but can also be a trigger for comedy.”

Production dates and casting are yet to be announced.

The 2014 Stratford Festival season in brief: