Alison Balsom, the British classical trumpet star who brings her blazing sound to Chicago in a concert with the Scottish Ensemble, knew which instrument had her name on it the first time she heard Dizzy Gillespie on a recording. She was 8 years old. 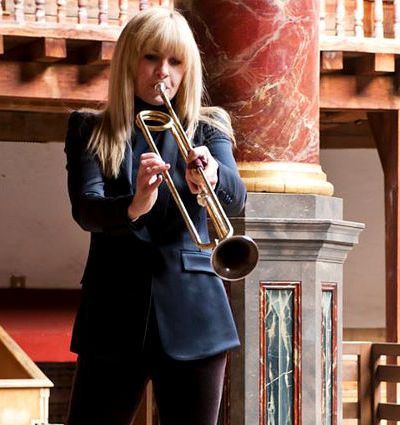 “I never tried to copy him or sound like him,” says Balsom by phone from her home in London. “But even now I treasure Dizzy’s lyricism, his intellect, virtuosity, soul. His musical character. When you’re very young, you’re very open-minded and it’s important to experience the best examples in the world and to have those high aspirations.”

Balsom has made good on hers. She doesn’t need to imitate anyone. More likely, young trumpet aspirants all over the globe are dying to play with the brilliance, musical liquidity and seeming effortless of this sure-fire virtuoso.

In her appearance at the University of Chicago’s Logan Center on April 19, Balsom will offer a program that draws on her two most recent CD releases for EMI Classics, “Italian Concertos” with the Scottish Ensemble and “Sound the Trumpet: Royal Music of Purcell and Handel” with English Concert conducted by Trevor Pinnock. 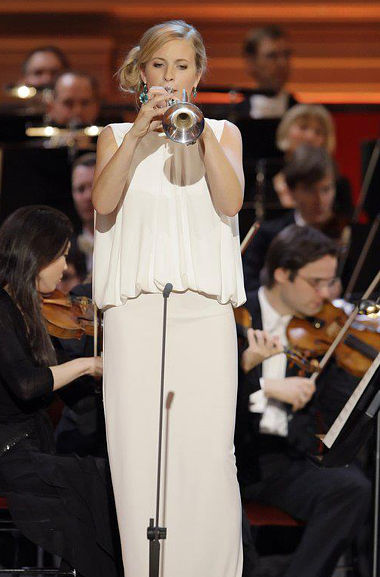 The Italian album consists of works by Vivaldi, Albinoni, Tartini and others originally written for other solo instruments, with trumpet transcriptions including Balsom’s own. The Purcell-Handel disc ranges from the former’s “King Arthur” Suite and music from “The Fairy Queen” to opera music by Handel with vocal contributions by soprano Lucy Crowe and countertenor Iestyn Davies.

What both CDs show – as does a dazzling earlier disc devoted Bach – is a musician of consummate technical mastery, but far more than that a comprehending artist who brings irresistible vitality and edge to this music written some three hundred years ago.

“When Baroque music is really right,” says Balsom, “it has this spark, this sense of being alive. You don’t think about style. That’s when it shines. The more the years go by, the more strongly I feel this special rapport with the Baroque. It’s like my bible.”

Balsom explains her remarkable sound like it’s no problem:  “Playing the trumpet is a simple concept. You purse your lips and vibrate the air.” Rather like Lauren Bacall’s famous instruction to Bogey about whistling: “Just put your lips together and blow.” 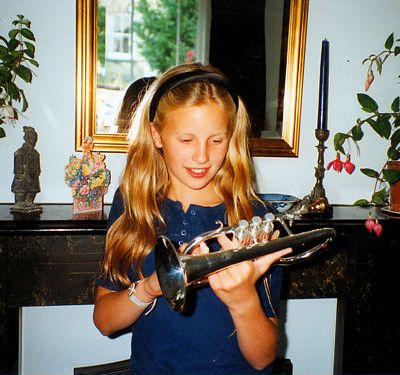 Yet, as many have wondered (and apparently asked), how did this English girl become one of the world’s great trumpet players? Look around, there just aren’t that many women playing trumpet. Balsom has heard this before.

“When you’re really little, boys and girls are all one, there’s no gender separation,” she says. “It was like football (soccer). It was the most popular thing. Everybody played. The trumpet is a social instrument, and I remember thinking that it was like an extension of myself – even the way you hold it is quite personal.

“I guess it’s like your love or hatred of corn flakes. It’s personal and it’s something you tend to decide at a very young age. I discovered (Bach’s) ‘Brandenburg’ Concertos when I was 9 or 10, listening on my Walkman. Music inside your head, just for you. It moved me greatly. It was magical.”

The “Brandenburgs” on that recording were played by the English Concert under Trevor Pinnock, and it became Balsom’s resolve one day to make a recording with that band and that conductor. Vision became reality with the Purcell-Handel CD.

Now the mistress of the Baroque trumpet is looking to spread her wings. She’s working on a project with the celebrated jazz label Blue Note.

“It will be a collaboration with various artists,” says Balsom. “Soul, blues, funk. We’ll see. It won’t be classical.”

Photo captions and credits: Home page and top: Trumpet virtuoso Alison Balsom. (Photo by Matt Hennek) Alison Balsom performing at press launch of Shakepeare’s Globe Theatre’ 2013 season. (Photo by Hannah Yates) At the Echo Klassik Awards ceremony in October 2012. (Photo by Monique Wuestenhagen) The future trumpet star in 1986 as a young girl, “when boys and girls are all one, there’s no gender separation.” (Courtesy of the Balsom family) Video feature of Alison Balsom performing and talking about her art. Below: CD covers for the Alison Balsom albums from which her April 19 concert at the Logan Center will be drawn. (EMI) 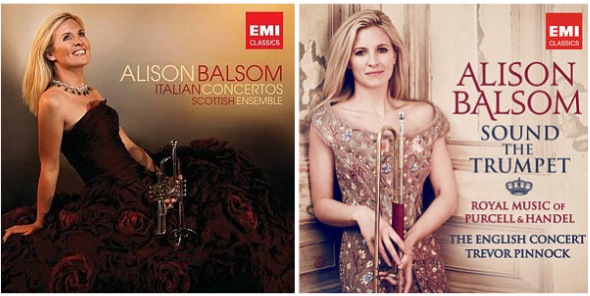