2013 Summer Season: Ravinia will come out swinging with jazz tribute to Benny Goodman

If you want to branch out a bit musically, the summertime Ravinia Festival in Highland Park is a good place for it. There, classical music lovers sample niche-expanding novelties of the sort that gave Brooklyn Academy of Music its must-see reputation. College students picnic on the lawn for free when the Chicago Symphony Orchestra performs. And family friendly movie prices rule for recitals featuring the latest contest winners and stars on the rise. 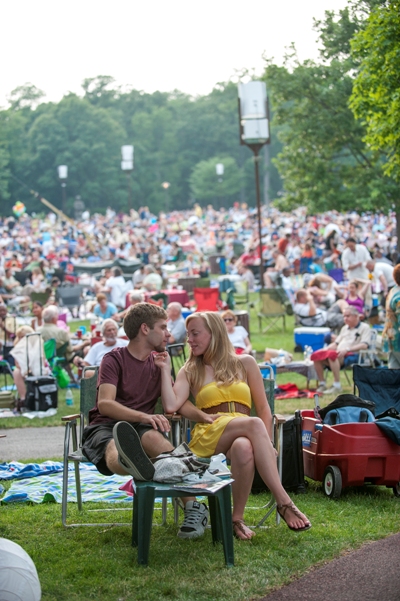 “The more cross-pollinating, the better,” says festival president and CEO Welz Kauffman. “I am not a silo person. I am very much grateful that Manny Ax is going to be performing Beethoven this summer with the Chicago Symphony Orchestra, which is going to be thrilling, at the pinnacle of what this festival can be. And music director James Conlon conducting Verdi’s ‘Aida’ is going to be marvelous.

“But I think it’s also great that we are celebrating the 75th anniversary of Benny Goodman’s 1938 Ravinia concert — I mean here was a Chicago guy who played clarinet, who was Jewish, and who was a wild man, controversial at a time when jazz was hot — hot being a code word for sexy.

“Today we think of Benny as a luxurious Lawrence Welk, but he wasn’t like that. He further embroidered jazz’s eclectic presentation mode and what he was doing was a little dangerous.” The 1938 Ravinia concert happened just six months after Goodman’s Carnegie Hall concert — not only jazz’s historic coming out party in the country’s cathedral of musical respectability, but also a racially integrated band in an era of segregation.

Kauffman says that over the last decade Ravinia has cultivated a strong new audience for ambitious works with a theatrical component — “the events that make you think you’d better be there because you don’t want to be at a cocktail party the next night and say you missed it.”

He puts the 2003 performance of John Adams’s Nativity oratorio “El Niño,” and the 2006 performance of Osvaldo Golijov’s pulsating “Ainadamar” (Fountain of Tears), set in bloodsoaked fascist Granada, in the category of new-audience builders that are now paying off for the festival. He says he believes his intrepid audience will turn out again for John Adams’ “The Gospel According to the Other Mary,” which tells the story of Christ’s suffering, death and crucifixion from the controversial standpoint of a contemporary Mary Magdelene in Los Angeles.

The wide range of events extends from pop newcomers Matchbox Twenty and the Goo Goo Dolls, who make their Ravinia debut, to a line-up rich in icons of rock, folk, country, jazz and world music —  such as Sting, Judy Collins, Alabama, Willie Nelson, Tony Bennett, Anita Baker and the Gipsy Kings.

So there’s much to sample. The 2013 Ravinia Festival runs June 5-Sept. 8. Tickets go on sale April 25 — earlier, if you make a donation. Patrons who make a $100 donation can purchase lawn tickets starting March 13. Donors at $300 can purchase Pavilion seats now.  For a complete schedule, go here.  Now for some tickets that look particularly hot to us:

(In the Ravinia Festival Pavilion with additional lawn seating unless otherwise indicated.)

Photo captions and credits: Home page and top: The Chicago Symphony Orchestra, music director James Conlon conducting, in the Ravinia Festival Pavilion 2012. (This and other lawn and park photos courtesy of Ravinia Festival.) Mouse over the artists’ publicity photos for additional information. 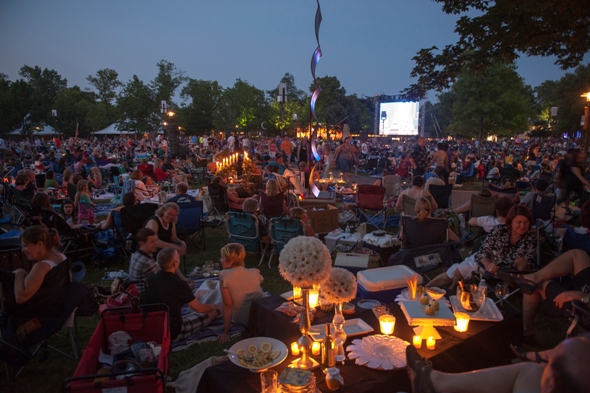 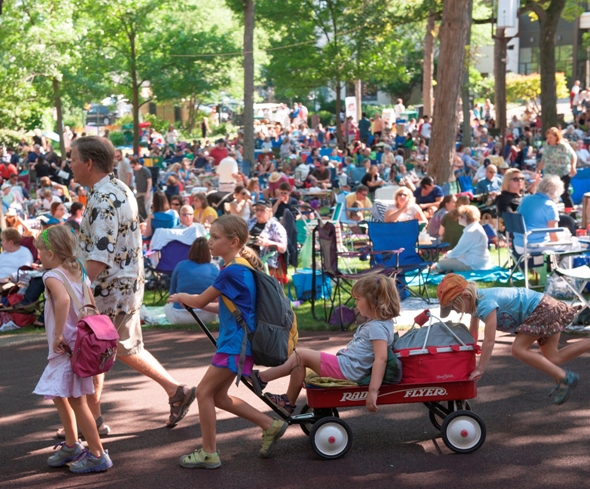