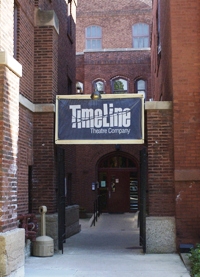 TimeLine Theatre Company will open its 16th season with the Chicago premiere of “33 Variations,” Moisés Kaufman’s time-traveler of a play inspired by Beethoven. A woman music scholar suffering from Lou Gehrig’s disease becomes obsessed with why the ailing Beethoven would devote four of his precious remaining years to writing variations on an utterly forgettable tune. 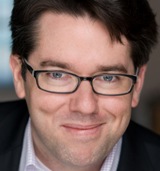 “The play is about two soldiers named Joe who are captured in Vietnam. They are in separate cells, and they can hear but never see other. In fact, the audience will only see one of the guys ever. The other one is out of eyesight. The two try to connect, but they are as opposite as could be, from different parts of the country, with different backgrounds and political views about why they are fighting. And yet, they are all they have.”

TimeLine’s mission is “to present stories inspired by history that connect with today’s issues,” and Powers likes “Wasteland’s” fall timing: “I don’t know that any of us has an appetite for the election season we’re about to become immersed in, but the fact is that our culture is getting more polarized by the second, and sooner or later we’ve all got to realize there are people who are other than ourselves. This play’s a great example.”

Most of  TimeLine Theatre Company’s productions are performed inside a church building at 615 W. Wellington Ave., a pleasant residential street in the Lakeview East neighborhood, north of the Loop within easy walking distance of the Belmont CTA train stop (Red, Brown and Purple lines). There are a number of other theaters in this area, including Briar Street (where “Blue Man Group” is playing), Laugh Factory, Red Tape, Theater Wit, Comedy Sportz and Stage 773. But the company’s following has grown so large that it actually produces more than 52 weeks of theater annually. Consequently, the first production of this season, “33 Variations,” will be renting performance space at nearby Stage 773, 1225 W. Belmont Ave., Chicago. 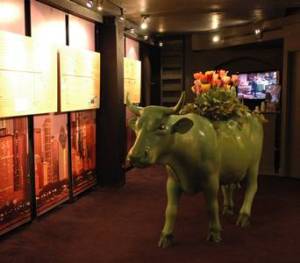 TimeLine’s lobby exhibitions are like a feast before the meal, a curated gallery filled with historical photographs, graphical charts, and even whimsical objects to put the audience in the mood of the play at hand. New company member Maren Robinson, who has functioned as the dramaturg of numerous shows since 2004, says, “We tend to have a whole separate conversation about what we’re going to do in the lobby, and it’s not always intuitively obvious.

“For example, when we did ‘The History Boys,’ which is set in an English public grammar school, we didn’t do big displays about England and Oxford and Cambridge. Instead, we created the boys’ individual rooms. One had a poster of a girl in a swing, others had sheet music and books that were referred to in the play, such as poets from WWII and a French-English pocket dictionary of the sort they would have used. These were not wealthy boys. Most of them would have lived at home. People were fascinated by the rooms, and they didn’t even realize they were digesting the dramaturgy.” 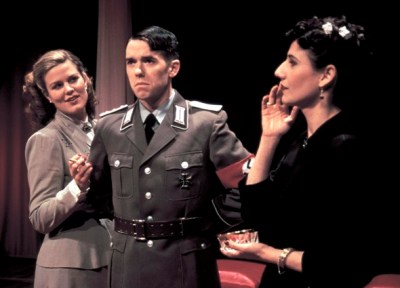 Chicago theater companies have often been formed by a group of actors who pooled their resources. TimeLine’s original members kicked in $50 each toward getting the company off the ground in 1997. They mounted their first play in 1998 — “Summit Conference,” about a meeting between the mistresses of Hitler and Mussolini. In a blog of reminiscences, the members recall the play had three characters, and at one performance there were only two people in the audience. 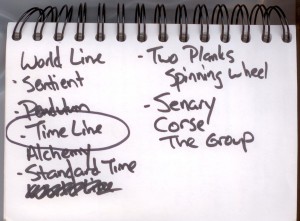 Many of the original members are still with TimeLine, and their rambling blog of memories is hilarious, especially as it pertains to how they decided on their name — it could have been Sentient Theatre Company! —  and how they negotiated early adventures such as tracking down a Nazi uniform for “Summit Conference” from a guy in a van in a parking lot.

The team to this day remains fiercely democratic in its decision making. Powers, who became the artistic director in 1999, finds it “amazing that while we have evolved and matured, at our core we have stayed the same.” 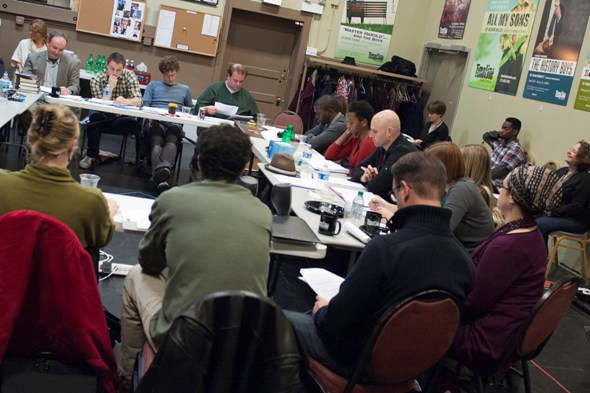 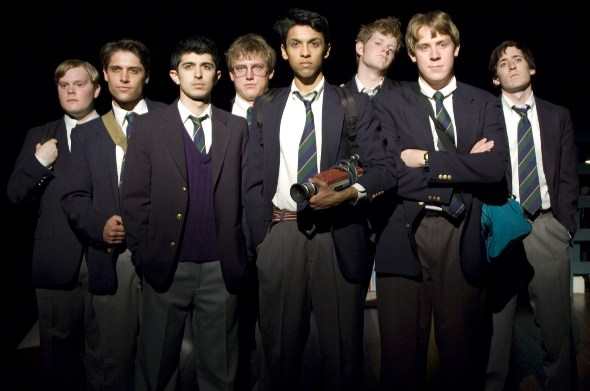 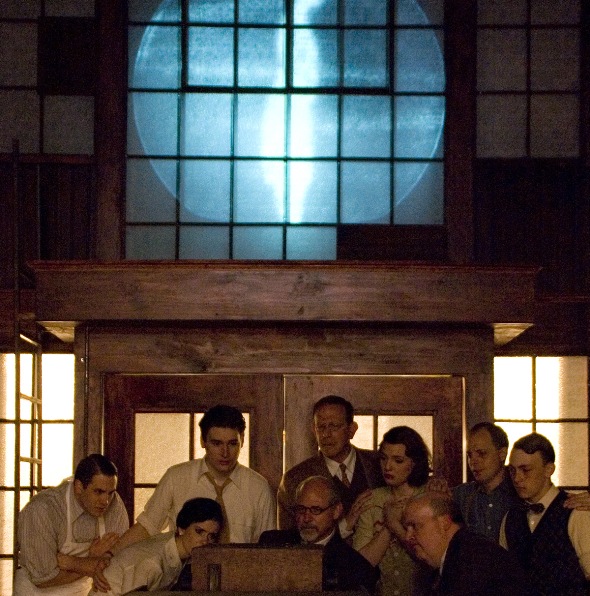